The Foundation Fighting Blindness held a VisionWalk to raise money and awareness for people fighting blindness. 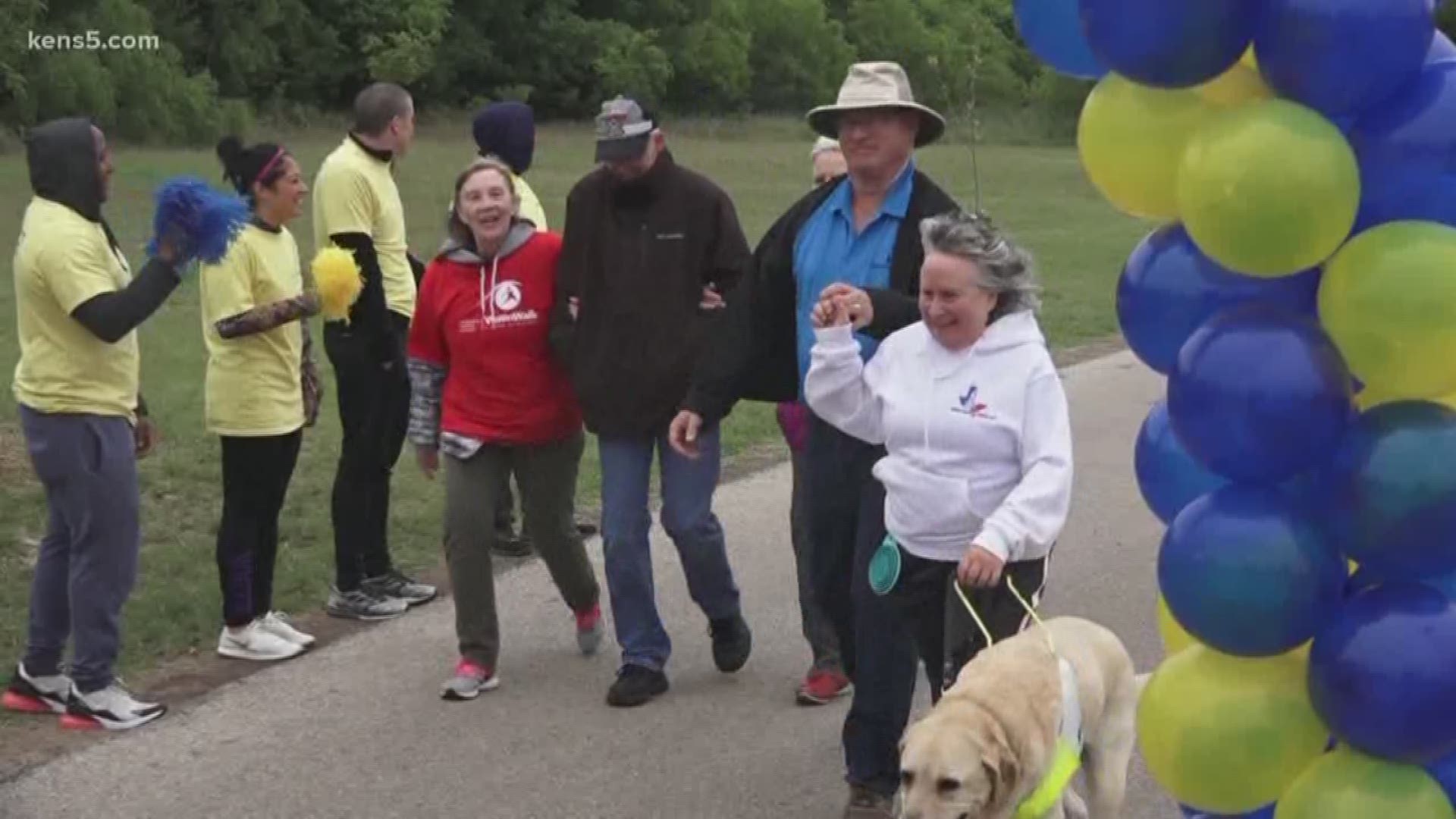 Jameson Dunn is 18 years old and legally blind. Walking is a struggle but on Saturday, he participated in Saturday's VisionWalk to raise awareness of those like him who have to fight without their vision.

At an early age, Dunn was diagnosed with Stargardt Disease, a retinal form of macular degeneration.

"I've had to adapt," he said. "It affects my central vision. I often have to look to the sides of people and up or down to see them."

The college student participated in the VisionWalk on Saturday morning to raise awareness and funds about his disease. The money raised goes towards ending blindness.

"Many people are blind. Hopefully one day they'll be able to drive and have a normal life," he said.

His father, Todd Dunn, is a firefighter with the San Antonio Fire Department. He got involved with Foundation Fighting Blindness, a nonprofit organization that hosted the event, nine years ago.

"We'd be lost without them,” Dunn said. “There really is no organization out there raising money like them.”

Since the walk started in San Antonio 10 years ago, organizers and volunteers have been able to raise $1.3 million in research funds. Organizers say it's a tough funding fight though since retina diseases are so rare, affecting less than 200,000 people.

Cullen noted that the San Antonio chapter has raised $60,000 this year, alone. It's something Jameson is thankful for, and something he says he will continue to fight for.

"Until we find a cure for my disease, we're not going to stop raising money… to fund a cure."