Rate of type-2 diabetes in children is skyrocketing 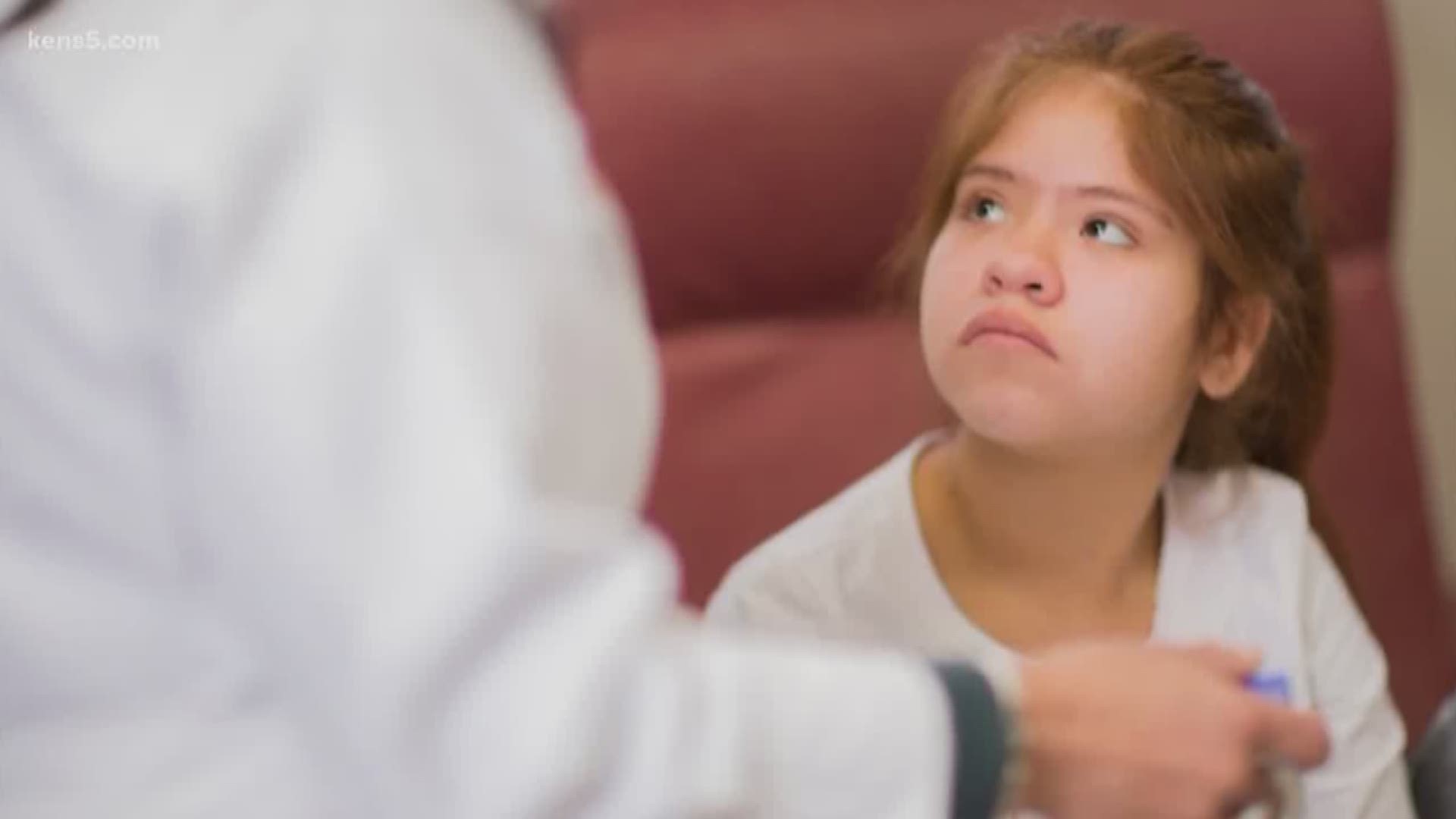 SAN ANTONIO — The rate of type-2 diabetes in children is skyrocketing, forcing researchers to quickly find new ways to treat the disease.

16-year-old-Jonathan Moya and 15-year-old Alice Palafos both have type-2 diabetes. Jonathan was just diagnosed about half a year ago. Moya told us, "I don't know why but I was just laughing because I kind of felt like I don't want to believe it."

Alice was diagnosed five years ago when she was ten. Her mother Janie Narvaez says she and her husband Luis were shocked. Narvaez said, "It was a surprise for us but it is something we have to deal with."

They've both had to make changes to their diet and exercise. "Now since I have diabetes I kind of feel like it's a good thing, because now it teaches me that I need to be more healthy," said Moya. Narvaez added, "We walk a lot we take her to the park and walk. We used to eat non-healthy but now healthy for her and for us."

They are two examples of a rising rate of type-2 in children and young adults.
Dr. Jane Lynch from the Department of Pediatrics at UT Health San Antonio told us, "It's very scary because the complications and progression of diabetes is different than you would see in their parents. At least half of our kids, at least 10 years out from diagnosis which might be in the early 20s, we are seeing kidney disease, heart disease, retinal changes in their eyes to the point of affecting their vision, amputations, and even a few deaths."

In the U.S., More than 30 million people are living with diabetes, and more than 200,000 of those younger than 20 years are living with diagnosed diabetes. Between the years 2002 and 2012, newly diagnosed type-1 diabetes in youth increased by close to 2 percent, but the rate of newly diagnosed type 2 diabetes increased close to five percent. And in kids the disease progresses much faster. "There's something about puberty and hormones that really accelerate diabetes risks," said Dr. Lynch.

Right now only Metformin and insulin are approved for childen, but after a one year study which Alice participated in using the drug Liraglutide which is already FDA approved for adults, researchers are hoping to get the medication in the pipeline for kids. Dr. Lynch said, "It's really only been about 20 or 30 years since we've recognized type-2 in kids this is a new phenomenon."

With FDA approval the drug could be available within the next year. The children's diabetes program is a clinical partnership between UT Health San Antonio and University Health System.