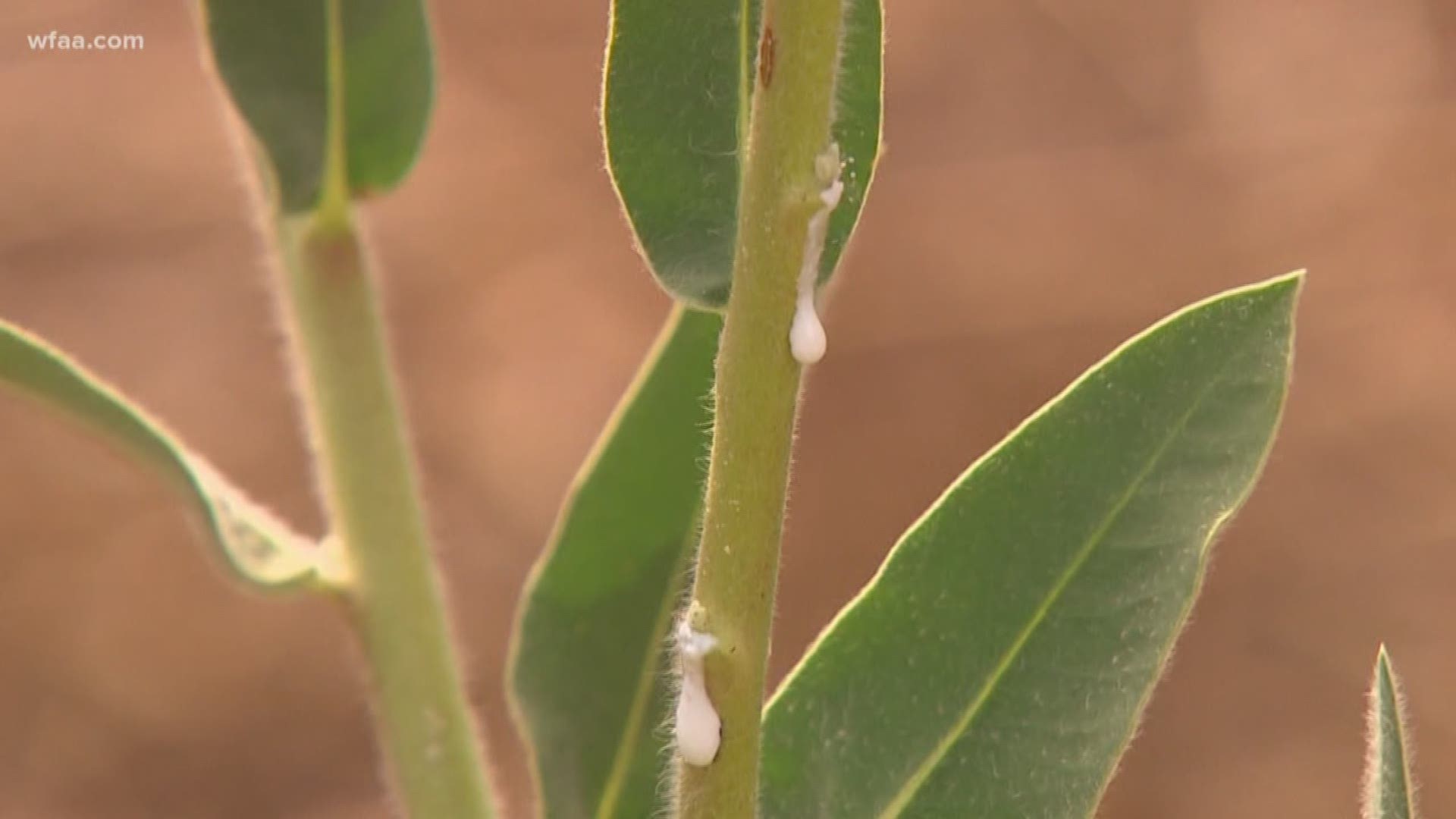 DENTON, Texas — “See how pretty they are?” notes Camelia Maier, walking through a garden on the campus of Texas Woman’s University. “They’re very nice.”

She stops to pulls a leaf off one of the plants she was admiring. White sap starts running down the stalk.

“You see it coming out dripping?” she asks. “The chemicals in this sap – that’s what we use.”

According to Maier and her TWU colleagues, the chemicals in a plant commonly called "snow on the prairie" might lead to a breakthrough in the fight against opioid addiction.

When Averitt took her job at TWU, she heard Maier and graduate student Paramita Basu were researching euphorbia bicolor as a potential anti-cancer drug.

“The euphorbia name stuck with me,” Averitt said. “I’m like, 'Why do I know that name?' I don’t know anything about plants. I’m a neuroscientist.”

It stuck out because it sounded a lot like one of the plants her former colleagues had been researching in San Antonio.

Once Maier confirmed the plants were in the same family, they launched a powerful research project on a plant that had never been studied.

They discovered a chemical in sap from snow on the prairie appears to do what opioids do: It stops pain. But it isn’t addictive.

They injected the sap into cells and saw that nerve endings were turned off.

“We’re trying to target the signals as they make their way to the brain,” Averitt explained. “So if we can turn them off like a light switch for a long period of time, the brain doesn’t even know about it and you don’t have that pain.”

Snow on the prairie is native to our region, and it’s currently in bloom in fields across North Texas.

“It’s a relative of the poinsettia,” Maier said. “It blooms in Texas, Oklahoma, Arkansas, Mississippi.”

The sap is toxic, so it is not something that would be ingested. It would be injected into the site of the pain – so directly into an aching back or a burned arm.

Their research has been published, but they need additional funding for further testing. They hope to gain approval for clinical trials in the future.

“You can’t help but look to the future and be excited, like maybe this could be something that could be a real breakthrough.”