Nighttime temperatures can be very dangerous during heat waves

South Texas is sweltering under extreme heat as our heat wave rages on. 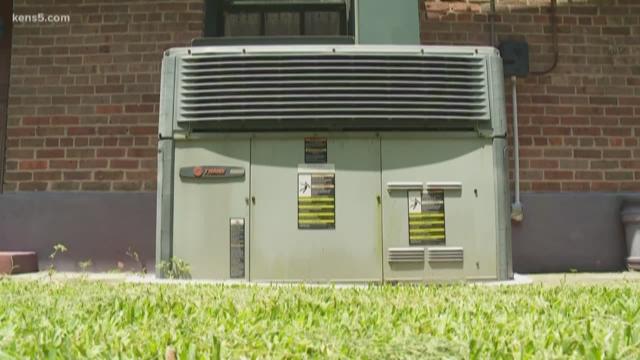 Monday was the hottest day of the year so far, as those in San Antonio were struggling to find anywhere to get relief from this dangerous heat, not just in the daytime, but at night, too.

When we think of a heat wave and heat illnesses, one of first things that comes to mind could be the sun or the forecast high temperature. But when temperatures stay very warm at night and the humidity goes up, that could spell serious trouble for your health.

"Today's heat is stifling, sweltering, like you are hot from the inside out. The humidity is really really thick," said Juanita Williams, who has a way to cool off. "I have air conditioning, but if I didn't, I would probably toss and turn and not get any sleep," she said.

Even at night, this extreme heat keeps the Salvation Army busy. "It's pretty hot at nighttime too, as evidenced by more traffic that we see into our social services department and to our shelter," Salvation Army spokesperson Brad Mayhar said.

"A lot of folks don't have air conditioning or it's broken and they can't afford to use it, so the only way they can cool down at night is to open windows and let some air in," University Hospital Trauma Medical Director and Trauma Surgeon Dr. Mark Muir said.

In some parts of the city, people feel they need to keep their windows shut for safety. Dr. Muir said, "They may be reluctant to leave their windows open at night, so if they don't have adequate or efficient air conditioning, they really can't cool off and the temperatures are even hotter inside than they are outside."

"When the humidity at night is higher, that also makes it harder for people to cool off at night, and the combination of the two higher nighttime temperatures and particularly the humidity, it's almost as bad as the daytime," Dr. Muir explained.

Dr. Muir also told us that if you do sweat through the night, you could lose up to two liters of fluid, and could start out the next day even more dehydrated than when you went to bed.