A cannabis-based drug awaiting FDA approval shows promise in treating seizures and other ailments. But until it's approved, most families can't afford to pay out-of-pocket for it. 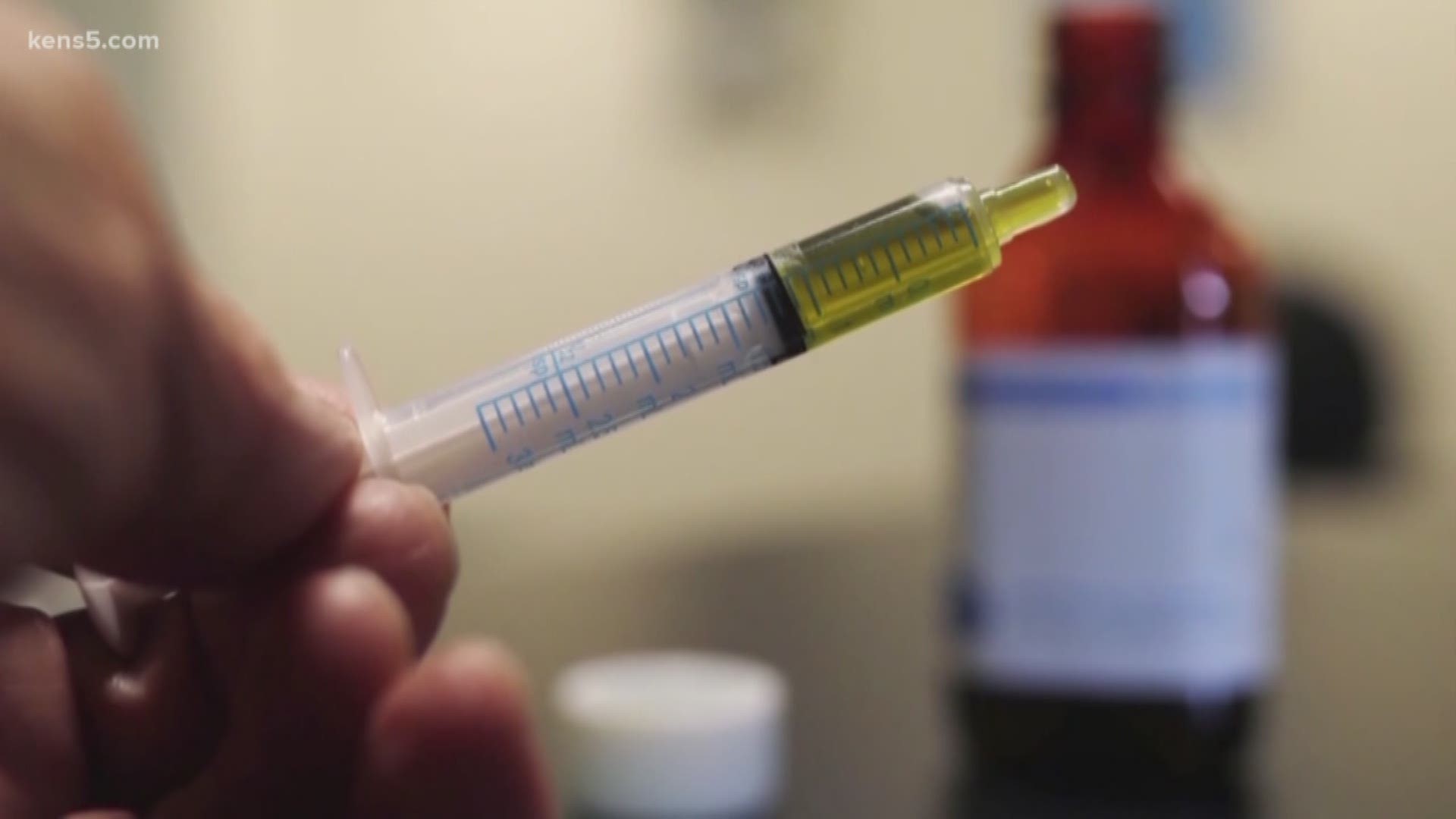 A federal advisory committee unanimously voted in favor of a marijuana-based medication that helps children with severe epilepsy.

On Thursday, the 13-member panel, including UT Health San Antonio doctor Jose Cavazos, recommended the drug called Epidiolex. It's created by British company GW Pharmaceuticals to help treat rare and severe forms of epilepsy. The drug contains cannabidiol (CBD), a component of cannabis that is stripped of THC.

Terri Carriker, from Austin, said that the drug has improved her 15-year-old daughter's quality of life. Carricker's daughter, Catherine, has been part of the company's clinical trial for several years.

"We saw about a 50 percent in reduction of seizure numbers and we also saw a reduction in the severity of her seizures, how long they last and their intensity," Carriker said. "Unfortunately, she's still having daily seizures, so it's not quite enough."

A form of CBD is available at dispensaries in Texas but patients have to pay out of pocket for the drug. Debbie Tolany from Austin said she pays about $900 per month. Her son, 14-year-old Miles Tolany, has severe autism, GI issues, a rare endocrine disorder, and intractable epilepsy. She said CBD has improved his seizures and other disorders.

"Since starting CBD, [his seizures] have reduced drastically, I would say more than half. And his school has reported that his aggressive episodes have been reduced by two-thirds," Tolany noted. "We really feel like it's benefiting all of his conditions. We've seen a leveling of his creatinine levels."

Dr. Linda Leary, a UT Health-San Antonio pediatric neurologist, said that if the FDA approves Epidiolex, it would be the first marijuana-based drug that's undergone proper testing. It would also be covered under insurance.

"The ones at the dispensaries have not been studied, so they have not been looked at," Leary said. "Our hope is that with FDA approval, we'll have a product that's well-studied, where we know exactly what to expect, where we'll know how to dose it."

The FDA is expected to make a final decision in June. Carriker said that she hopes the agency will approve the drug and push the Drug Enforcement Agency to reschedule CBD. Currently, marijuana is considered illegal on a federal level. It falls under Schedule 1, the same category as cocaine, LSD, ecstasy and heroin.

"One of their government agencies is now saying, 'Yes, indeed, part of the cannabis plant is useful for medicinal purposes.' So, I don't know how they cannot go through with that and reschedule the plant for medical research and to be used to make other medicines,” Carricker said. “I'll be curious to see what happens with that.”