The number of cases of typhus in Bexar County has risen in recent years. 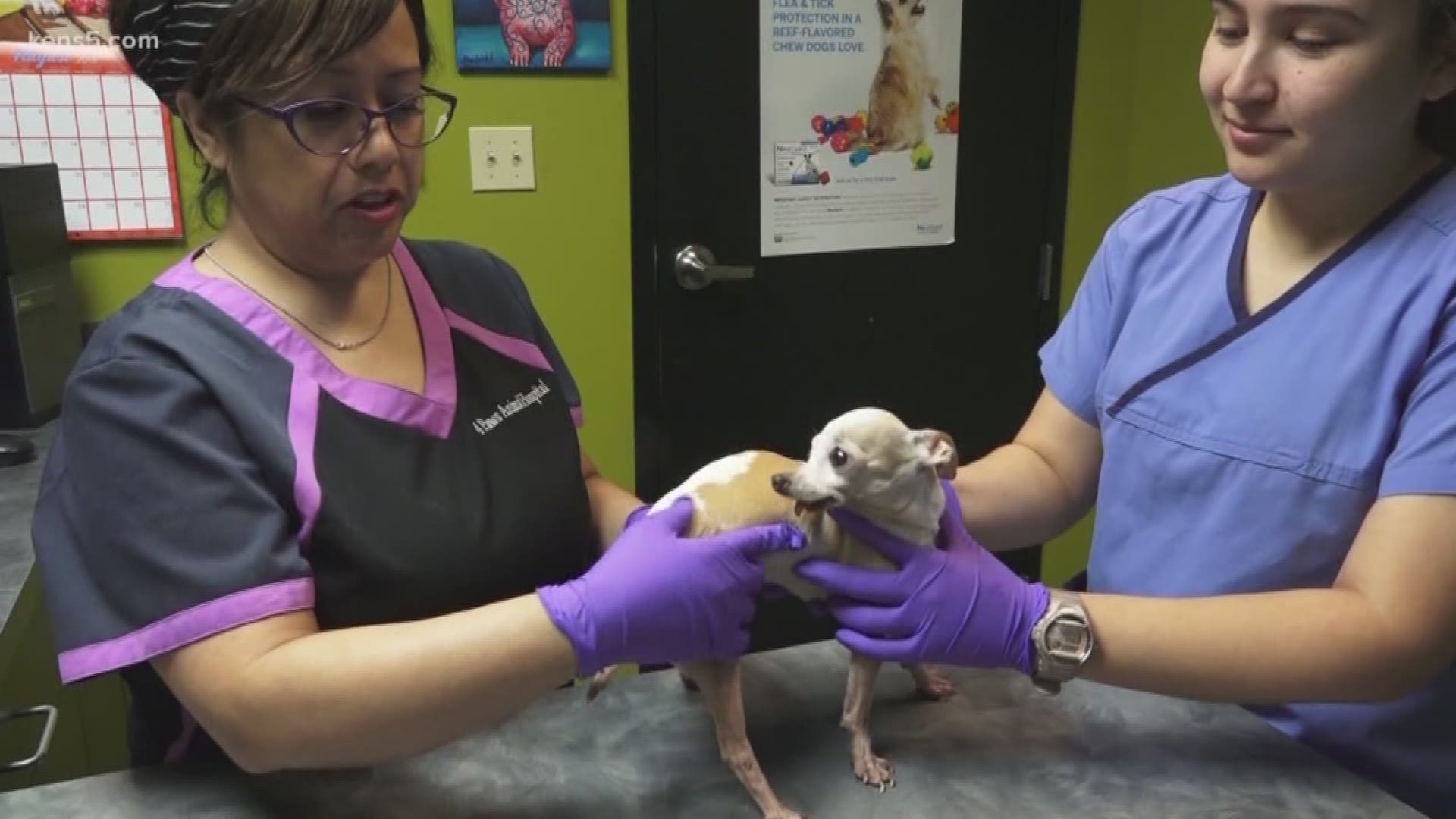 SAN ANTONIO — A local veterinarian is warning people about rising numbers of typhus. She says she contracted the potentially deadly disease from a flea!

"Me and my tech started within about 10 to 12 hours of each other. We both had flu-like symptoms," said Dr. Olga Jaimez, who owns 4 Paws Animal Hospital. She also said that's when both she and one of her technicians went to the doctor.

"They tested us for flu and strep and we both came out negative," she said. "Within a few days, I still continued with my symptoms of fever and flu-like symptoms, and then, all of a sudden, in probably a couple of hours, I developed red spots all over my body."

Typhus is often misdiagnosed for the flu because the symptoms are similar. Those symptoms include fever and chills, body aches, loss of appetite, nausea and vomiting, coughing and eventually a rash.

University Health epidemiologist Dr. Jason Bowling said, "For most people, fortunately, type this is not a severe infection. It is a mild infection, and for most people, even without treatment, it will go away in a couple of weeks."

But for Dr. Jaimez, it only got worse. "I had to be hospitalized for six days in the hospital," she said. "Fluids, medication as well as the doxycycline... It affected my lungs, my liver. My liver enzymes were really elevated and my lungs... I couldn't breathe."

The number of cases of typhus, which is spread by fleas who have bitten infected animals like rats, cats, and possums, has increased over the past few years across Bexar County. Dr. Bowling told us, "The best thing is to make a clinical diagnosis, which means you have to suspect a typhus infection in someone."

Dr. Jaimez said, "It took some convincing with three doctors." Now, eight weeks later, Dr. Jaimez is feeling back to normal, and spreading awareness about the disease. "Not just for the general public, but for the veterinary community, that everybody in that profession, technicians, doctors, as well as rescuers, they also need to be aware of this as a potential."

Elderly woman fatally run over by her own truck after falling out of vehicle, police say

Video: Teenage girl turns on clothes dryer with dog inside

'Wedding crasher' wanted | Why investigators fear there may be more victims