The superintendent said the four players are allowed to return with a doctor's release, with the trainers ensuring that everything is covered and bandaged. 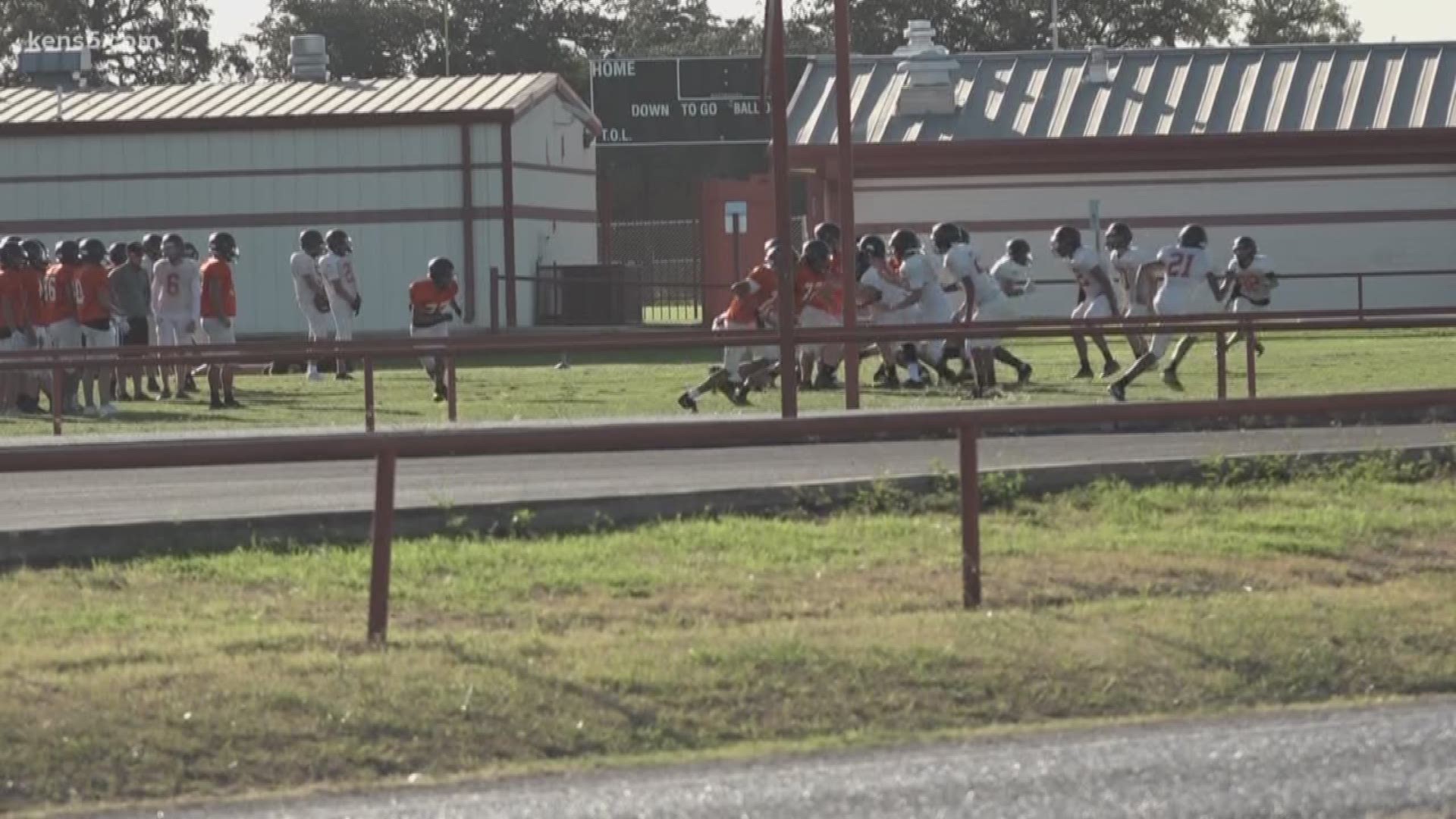 CASTROVILLE, Texas — There are reports of a staph infection outbreak inside a local high school locker room. Four football players from Medina Valley High School have been diagnosed with the contagious condition.

A father of two students of the school district said he would have liked to have been notified. "My first reaction is, 'why hadn't I heard anything from the school, or the district?'" he said.

The father named Joe didn't want to go on camera, but said he found out about the contagious infection from his daughter who attends the high school.

"And these players are still playing football against other teams, other schools, other students," he said. "How are you protecting them when they're playing, sweating, and they are touching other players---that I don't understand."

"Medina Valley High School has had several student athletes diagnosed with staph infections. Precautions are being taken by the district to lessen the likelihood of the infection spreading to others. Weight room equipment, training tables, and locker rooms are disinfected daily multiple times, and athletes have been educated on how to keep it from spreading."

Rohrbach said the players are allowed to return with a doctor's release, with the trainers ensuring that everything is covered and bandaged.

The school district only sent out letters to parents of the football team. However, Monday afternoon Rohrbach said another letter will be going out to all parents of a student athlete.

"I would have liked for them to have told us right away," Joe said. "Just a least a heads-up of what was going on... if it was contained, controlled in any way. But, there was no word at all. I need to make sure my kids are safe as well."

KENS 5 spoke to a doctor who said as long as the school district is taking the right precautions, and the students are getting treated everything will be fine. He just stresses for everyone to wash their hands.

RELATED: 'Where is it coming from? How did it all start?' Parent has questions for Navarro ISD after staph infection outbreak