According to the organization, Tobacco Free Kids, over 3.6 million kids are using the devices. 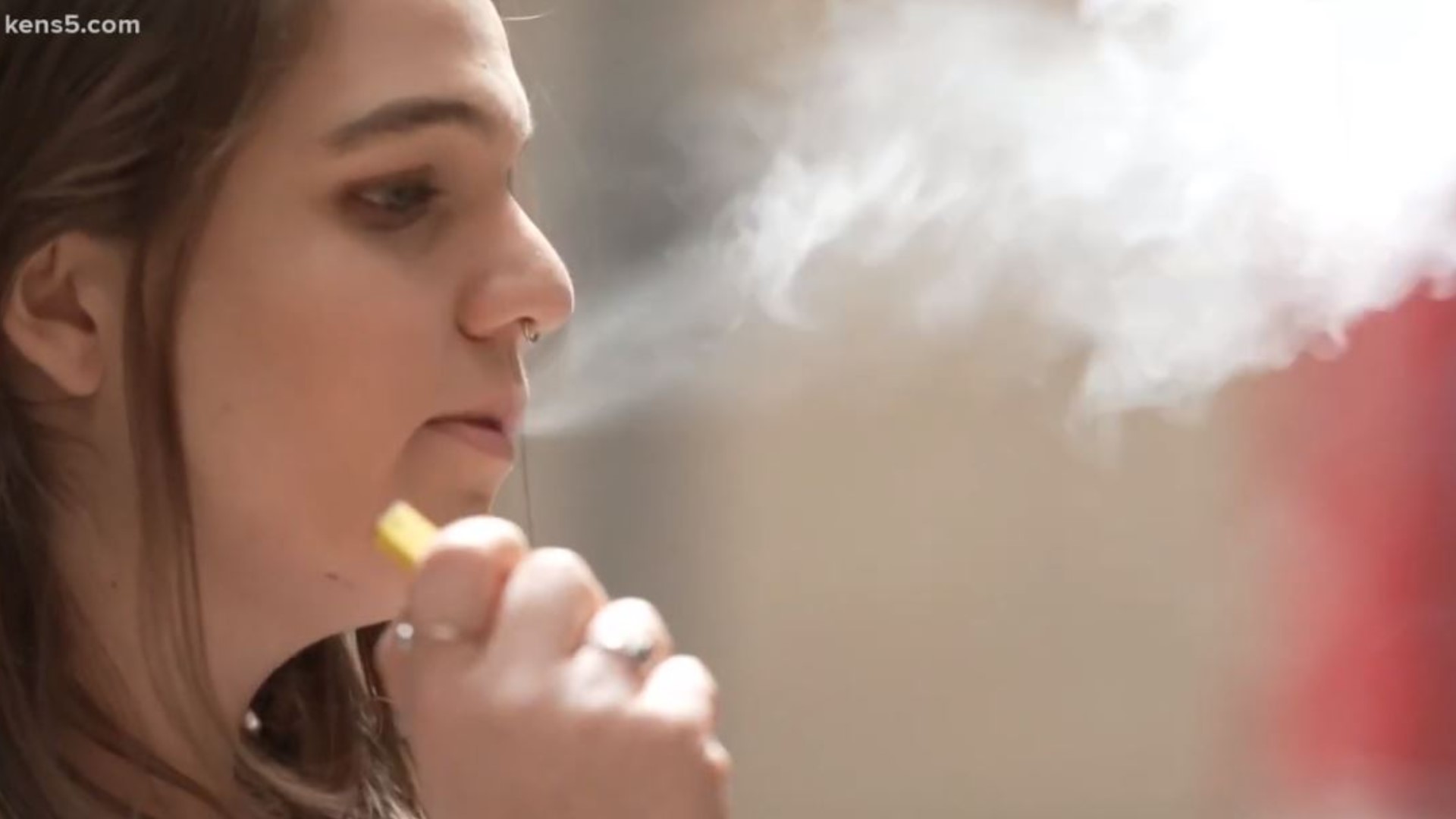 SAN ANTONIO — As kids head back to school, many are back on campus for the first time since the COVID-19 pandemic's early days, and experts are warning they could be returning to an environment that includes a greater use of electronic cigarettes.

Laurie Rubiner, with the Campaign for Tobacco Free Kids, talks about the dangers of e-cigarettes, saying the small devices are easy to hide and can pack the same amount of nicotine as an entire pack of cigarettes.

“It looks harmless, but it's actually not at all,” said Rubiner. “The flavors lure the kids in and then the nicotine addicts them.”

Rubiner said over 3.6 million kids are using e-cigarettes, including one in five high school students.

“It's a lot of high school students, but we're hearing kids as young as 12 and 13 starting with this,” she added.

Greg Wieczorek, president of the National Association of Secondary School Principals, said many kids are pressured by their peers to try the e-cigarettes before they become addicted. He said the return to campus after more than a year will create social situations that can fuel the epidemic.

“The opportunity to interact with other students – and, for some students, the first time in over a year – is going to put a little burden on that aspect where kids can pass it on, they can share,” Wieczorek said. “They learn to do it as their friends are doing it.”

Wieczorek advises parents to pay attention to what their kids are doing and monitor for changes in behavior.

Rubiner said parents and kids can find resources and seek help on their website TobaccoFreeKids.org.

“There are resources for parents for how to talk to their kids. There's also resources for kids who are addicted to nicotine,” said Rubiner. “It's not insurmountable to quit e-cigarettes.”