Westover Hills Rehabilitation and Healthcare has pulled out of the agreement to house nursing home residents who contract COVID-19. 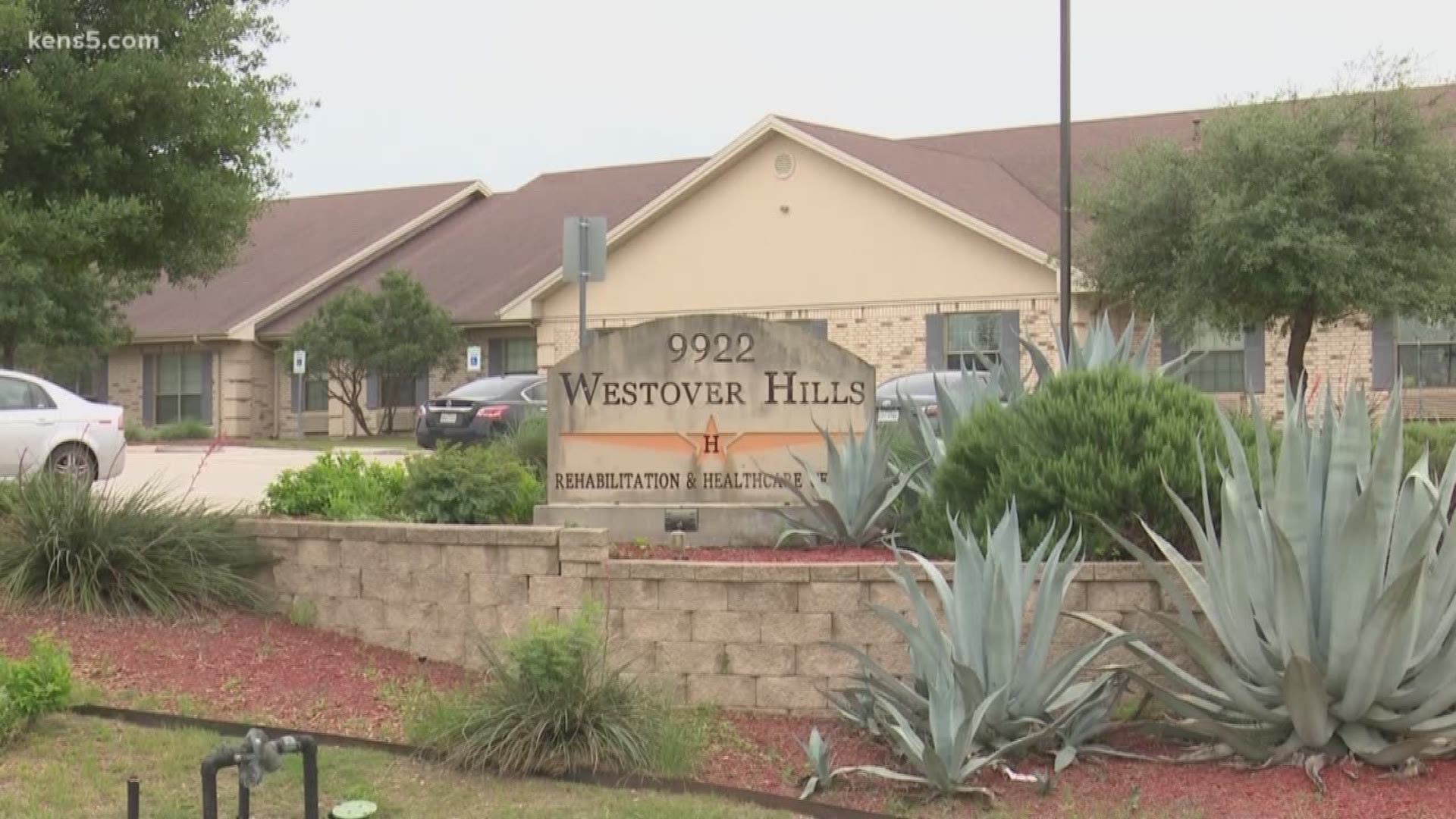 SAN ANTONIO — An already-controversial decision to designate an East Side nursing facility as one of two places to cohort nursing home residents who contract the novel coronavirus grew even more contentious Tuesday, after the second facility pulled out of the agreement.

Initially, the River City Care Center on the city's east side and Westover Hills Rehabilitation and Healthcare on the west side were designated by the management companies of both facilities as locations where nursing home residents would be moved should they contract COVID-19.

County Judge Nelson Wolff and Mayor Ron Nirenberg both previously said they would recommend that patients first be sent to the Westover Hills facility, then the River City Care Center.

“Westover Hills first and I seriously doubt, considering where we are now, that it will ever reach the east side,” Wolff told KENS 5 on Friday.

But on Saturday and Monday, two patients were moved into River City Care Center. And on Tuesday, local leaders learned Westover Hills pulled out of the agreement to house nursing home residents positive for COVID-19, leaving River City as the only designated care facility.

RELATED: 2 people moved into East Side COVID-19 care center despite assurances it likely wouldn't need to be used

District 2 city councilwoman Jada Andrews-Sullivan and precinct 4 county commissioner Tommy Calvert represent the area where River City is located. Andrews-Sullivan was was supportive of the initial plan, while Calvert was outspoken about his opposition to the plan from the outset. On Tuesday, both local leaders were opposed to what the plan had shaped out to be.

"We feel that we are the dumping grounds with everything COVID," Andrews-Sullivan said.

Calvert, asked whether he felt all sides of town were shouldering the COVID-19 response responsibilities equally, responded, "Hell no."

"It's pretty obvious, all we have to do is map it out," Calvert said. "I'm going to map it out and it will show that Precinct 4 has carried a huge burden in terms of this."

Another issue raised by Andrews-Sullivan and Calvert is the disproportionate effect the virus has had on black communities.

Calvert issued a statement last week which read, in part, “The optics of placing this in the heart of the black and brown community, where their probability to die is many times greater because of underlying health conditions does not give our community the confidence that the government is looking out for them.”

On Tuesday, Andrews-Sullivan echoed Calvert, telling KENS 5, "Our district is feeling like we are being dumped on here in District 2. We have the testing facility, the alternative health care facility and now you have this cohort of a nursing facility." She added after such decisions are made, health officials then wonder why data shows the virus unequally impacts people of color.

On Friday, Nirenberg and Wolff said Westover Hills was their first preference to receive patients. At Tuesday night's briefing, KENS 5 asked the mayor and judge why the company decided to withdraw.

"Because of the scrutiny and political backlash that's what we were told,: Nirenberg said.

"They complained about the media coverage." Wolff added. "They got television cameras out there."

While Nirenberg said the development is not "on anybody in the media," an official statement from Westover Hills cites local reporting as the reason behind the change in plans:

"As the Mayor suggested in his press conference this evening, the proposed initiative between Westover Hills Rehabilitation and Healthcare and River City Care Center will not be realized. While both facilities acted in good faith, with the joint goal of filling a need and serving the people in Bexar County by establishing a place for post acute COVID-19 positive residents, the ultimate execution of the plan was frustrated by the intrusion of the media and their interruption of operations at the facility level.

"In reflecting on the potential impact of this continued disruption on staff and existing residents, Westover Hills elected to unwind the arrangement. Caring for and protecting the valued members of the Westover Hills community, and the heightened concentration on infection prevention and control, are the priorities - it doesn't make sense to shift our focus at this time."

Local leaders, though, made clear it they did not select the two nursing facilities. Creative Solutions in Healthcare and Keystone Care, LLC, which are the two largest nursing care providers in the city, selected the two facilities as the best locations to cohort patients positive for COVID-19.

"There is some misinformation out there suggesting that this is a city plan, or that it's a county plan, or that for some reason there's city money going in to pay these nursing homes to do this," Nirenberg said. "This is not true. We did not select these nursing homes, what we said is: 'Y'all, the nursing home ecosystem in San Antonio, needs to figure out a way to isolate known positives to make sure that the entire community is safe."

The plan was instituted after a deadly COVID-19 outbreak at the Southeast Nursing and Rehabilitation Center, which accounts for nearly half of the 33 COVID-19 related deaths in Bexar County.