Dr. Fauci says he intends to warn against a rushed reopening of the U.S. economy, which has seen over 33 million Americans lose their jobs in the last seven weeks.

WASHINGTON — How to safely reopen businesses and schools but not kick off a second wave of coronavirus infections will be a key topic Tuesday as infectious disease experts testify at a Senate hearing — a setting where the agenda is not controlled by President Donald Trump.

Democratic senators are expected to ask the experts, including Dr. Anthony Fauci of the National Institutes of Health, tough questions about the virus death toll in the U.S., the nation’s testing capabilities and the perceived failures of Trump’s administration in fighting the pandemic.

In an email to The New York Times, Fauci said he intends to warn against a rushed reopening of the U.S. economy, which has seen over 33 million Americans lose their jobs in the last seven weeks.

“If we skip over the checkpoints in the guidelines to ‘Open America Again,’ then we risk the danger of multiple outbreaks throughout the country,” Fauci wrote. “This will not only result in needless suffering and death, but would actually set us back on our quest to return to normal.”

This puts Fauci at odds with Trump, who has repeatedly urged governors to lift business closings and stay-at-home orders.

The U.S. has seen at least 1.3 million infections and nearly 81,000 deaths from the virus, the highest toll in the world by far, according to a tally by Johns Hopkins University.

RELATED: Dr. Fauci warns of 'needless suffering and death' if US reopens too soon

Apart from Fauci, the others appearing by video link will be Food and Drug Administration Commissioner Dr. Stephen Hahn, and Dr. Robert Redfield, head of the Centers for Disease Control and Prevention. All three are in self-quarantine following their exposure to a White House staffer who tested positive for COVID-19.

They will be joined by Adm. Brett Giroir, the coronavirus “testing czar” at the Department of Health and Human Services.

Separately, one expert from the World Health Organization has already warned that some countries are “driving blind” into reopening their economies without having strong systems to track new outbreaks. And three countries that do have robust tracing systems — South Korea, Germany and China — have already seen new outbreaks after lockdown rules were relaxed.

New clusters in Germany have been linked to three slaughterhouses while in South Korea, dozens of new cases were linked to reopened Seoul nightclubs that have been shut down once again.

WHO's emergencies chief, Dr. Michael Ryan, said Germany and South Korea have good contact tracing that hopefully can detect and stop virus clusters before they get out of control. But he said other nations — which he did not name — have not effectively employed investigators to contact people who test positive, track down their contacts and get them into quarantine before they can spread the virus.

“Shutting your eyes and trying to drive through this blind is about as silly an equation as I’ve seen,” Ryan said. “Certain countries are setting themselves up for some seriously blind driving over the next few months.”

Apple, Google, some U.S. states and European countries are developing contact-tracing apps that show whether someone has crossed paths with an infected person. But experts say the technology only supplements and does not replace labor-intensive human work.

RELATED: Japan teen designs app to record where you've been during pandemic 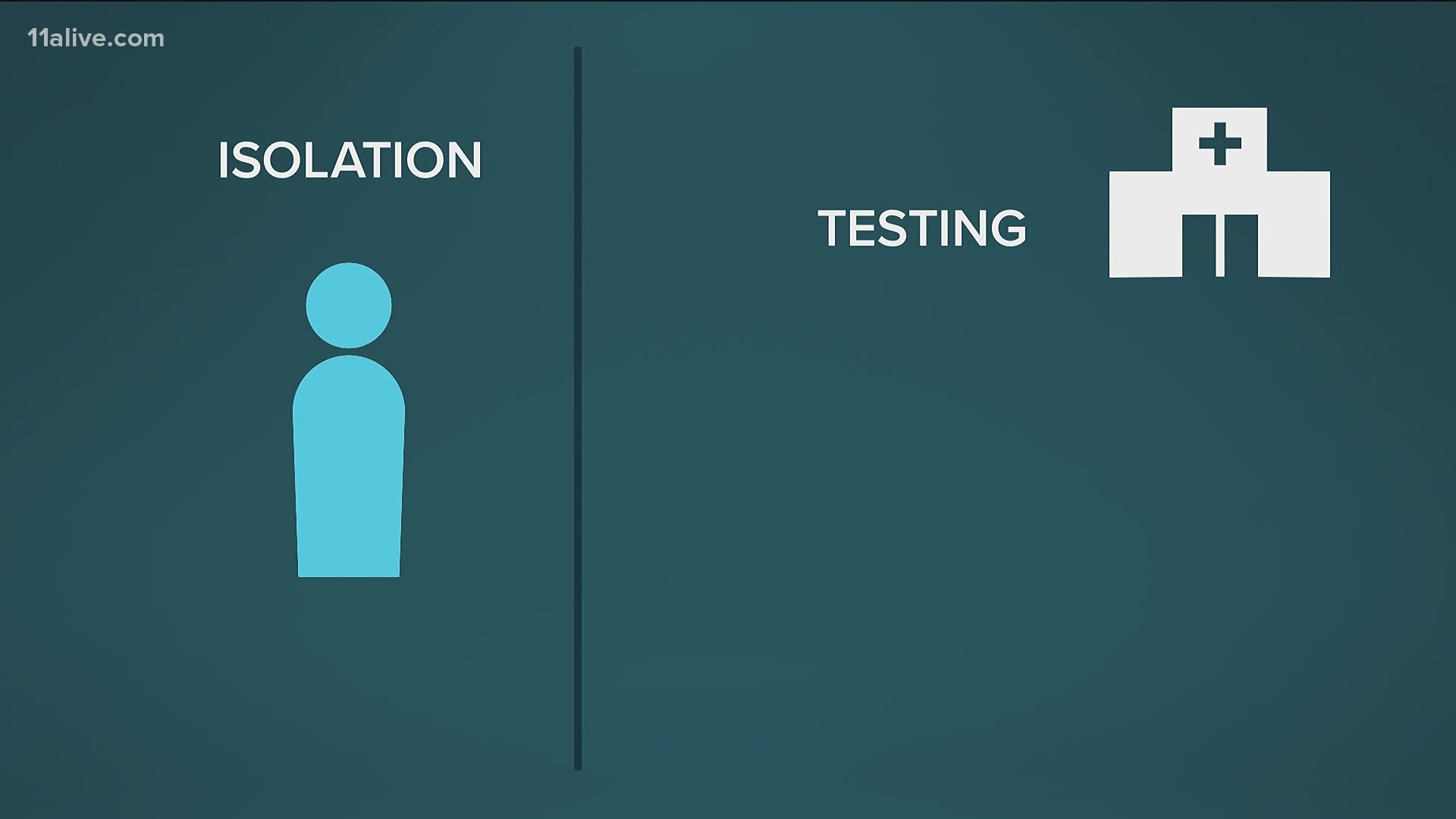 More than 10,000 people are involved in contact tracing in Germany. Britain abandoned an initial contact-tracing effort in March when the rapid spread of the virus made it impossible but now it is recruiting 18,000 people for the job.

France’s constitutional court threw out part of the country’s new virus restriction law Monday night, objecting to language about tracing the contacts of infected patients. The court ordered the government to take extreme care in protecting privacy, raising questions about how France will prevent a second wave of infections.

President Emmanuel Macron has pledged that France would test 700,000 people a week as part of the loosened lockdown that began Monday, but it’s unclear if authorities are even close to meeting that goal.

U.S. contact tracing remains a patchwork of approaches and readiness levels. States are hiring contact tracers but experts say tens of thousands will be needed across the country.

Spain, one of the hardest-hit countries, announced it will require visitors from abroad who arrive after May 15 to quarantine themselves for 14 days, although they will be allowed to go out for groceries or medication.

Spain, which relies heavily on tourism, has only recently started to loosen one of the world’s strictest lockdowns after seven weeks of strict confinement. The Health Ministry order published Tuesday says the goal is to “limit the risks derived from international arrivals.''

Spanish authorities have reported more than 26,700 deaths linked to the virus and over 228,000 confirmed infections.

In India, where a strict lockdown has helped keep confirmed infections relatively low for a population of 1.3 billion, trains that are the lifeblood of the country start rolling again Tuesday. But infections and deaths have been increasing in recent days, as the lockdown has eased and some businesses have resumed.

As the colossal rail network reopened, special trains were departing from select big cities, including New Delhi and Mumbai. Passengers were allowed to enter only if they were asymptomatic and cleared thermal screening. Rail, road and air services were suspended in late March.

Singapore was also easing restrictions Tuesday, with hairdressers and barbers, food manufacturers and outlets, and laundry shops opening. Despite an increase in infections due to an outbreak among foreign workers living in crowded dormitories, the government says transmission in the local community has dropped.

Singapore has recorded 24,680 infections but has only 21 deaths. About 90% of cases are linked to foreign workers' dorms, which have all remained locked down as testing continues.

In Moscow, industrial plants and construction sites resumed work on Tuesday, with most of service businesses remaining shut. Other Russian regions have also started reopening some businesses, including beauty parlors, shopping centers and restaurants.

Russian President Vladimir Putin declared an end to a nationwide partial economic shutdown on Monday but noted that some restrictions will remain.

“Gradually, and very carefully, we are starting to ease the restrictions,” Putin said.

Russia reported almost 11,000 more infections on Tuesday, bringing the country’s total to over 232,000 confirmed cases and 2,116 deaths. That number of infections is second only to the United States, and global experts say Russia's reported data understates the true size of its coronavirus outbreak.

Kremlin critics argued it is too early to ease restrictions.

“We should take a note. Putin lifted nationwide isolation measures aimed at curbing the epidemic on the day when a record was set in number of (new) infections. W for ‘wisdom’,” opposition politician Alexei Navalny tweeted.

Worldwide, the virus has infected nearly 4.2 million people and killed over 286,000, including more than 150,000 in Europe, according to the Johns Hopkins tally. Experts believe those numbers are too low for a variety of reasons.