Why the vaccine distribution process is going so slowly

Even though it took only a year for the vaccines to be developed, the efforts to get everyone vaccinated aren't expected to be as rapid. 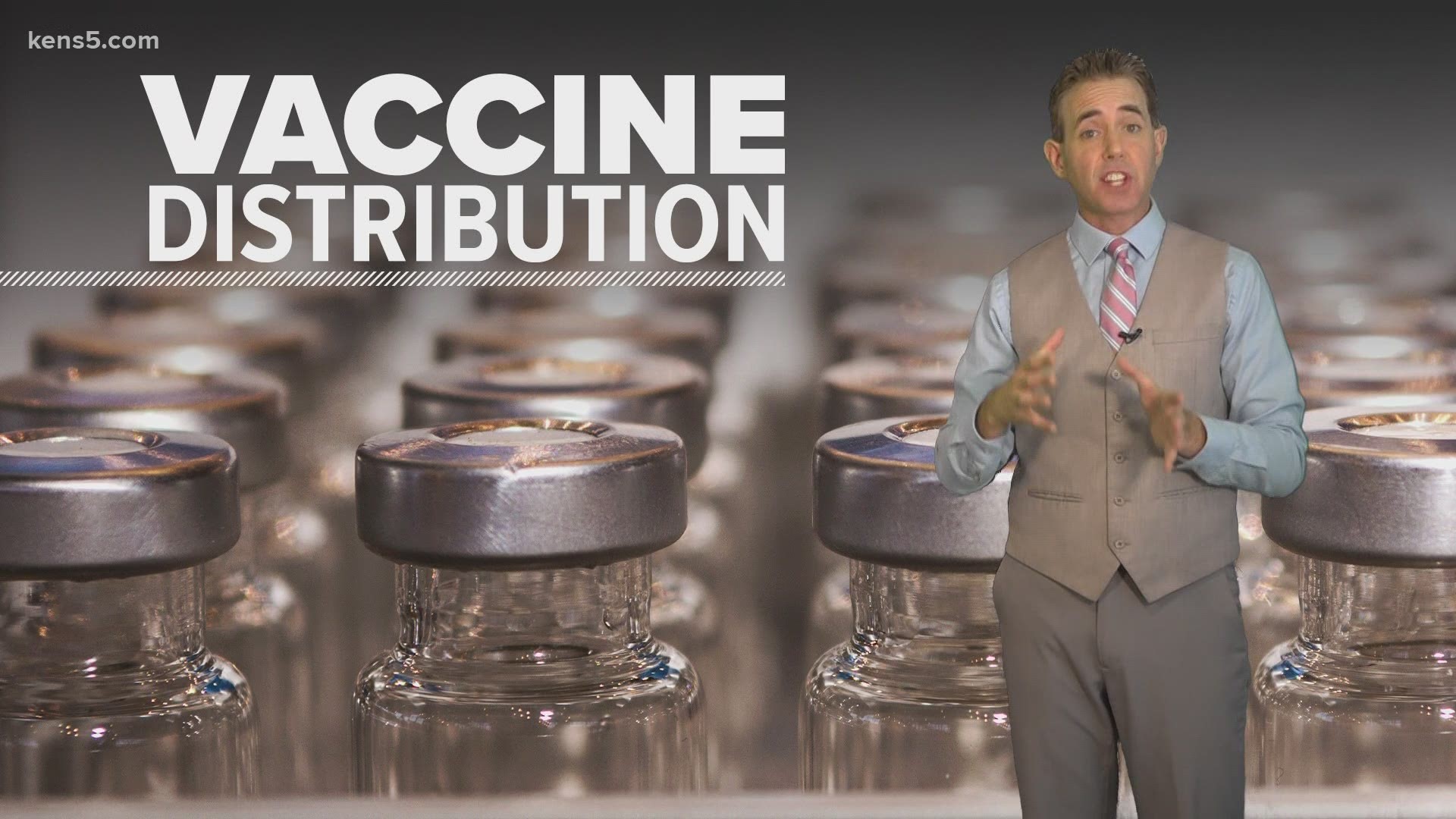 SAN ANTONIO — Hundreds of thousands of San Antonians want a coronavirus vaccine, but there are not nearly as many doses available to meet the demand as of now. So why is distribution going so slowly?

Here in San Antonio, government leaders and vaccine distributors have to wait on the state to provide doses of the vaccine. And until the supply outpaces the demand, it's going to continue going slowly.

"Given the overall conditions, I think we've done well," said Dr. Robert Leverence, chief medical officer for UT Health Physicians at UT Health San Antonio. "But on the other hand, I can see the frustration by the public that clearly they don't have access to the vaccine in a timely manner."

"Every site that has being allocated doses is allocated a certain number per week, based on the needs of the community and the size of a community as well," added Dr. Michael Almaleh, physician leader for WellMed's vaccination efforts in Texas and Florida.

COVID-19 cases were first detected in Wuhan, China in December of 2019. Roughly 10 days later, in early January, researchers uncovered the viral sequence for the COVID-19 virus.

Vaccines began later that month, and continues to this day. That may sound like a long time, but compared to previous efforts, the vaccinations were developed at warp-speed. In fact, according to CBS News, they were created in record time.

"We had manufacturing being ramped up at the same time there was vaccines being tested on animals and humans – and being reviewed by the FDA – so when that approval came through, the results have been very promising," said Dr. Joanne Turner, vice president for research at the Texas Biomedical Research Institute.

Almaleh added that adhering to coronavirus-era precautions while immunizing visitors to mass vaccine clinics provides its own challenge, but they've been doing it very well. And once residents get an appointment, the process of getting the vaccine has gone smoothly.

Governor Greg Abbott also announced this week that providers and hubs in Texas will receive more than 843,000 doses of the COVID-19 vaccine. While that sounds like a big number, it's only a small percentage for the population of Texas.