Diane Birdwell and Vickie Tillery are both teachers at Bryan Adams High School in Dallas and took their first shots in July of this year. 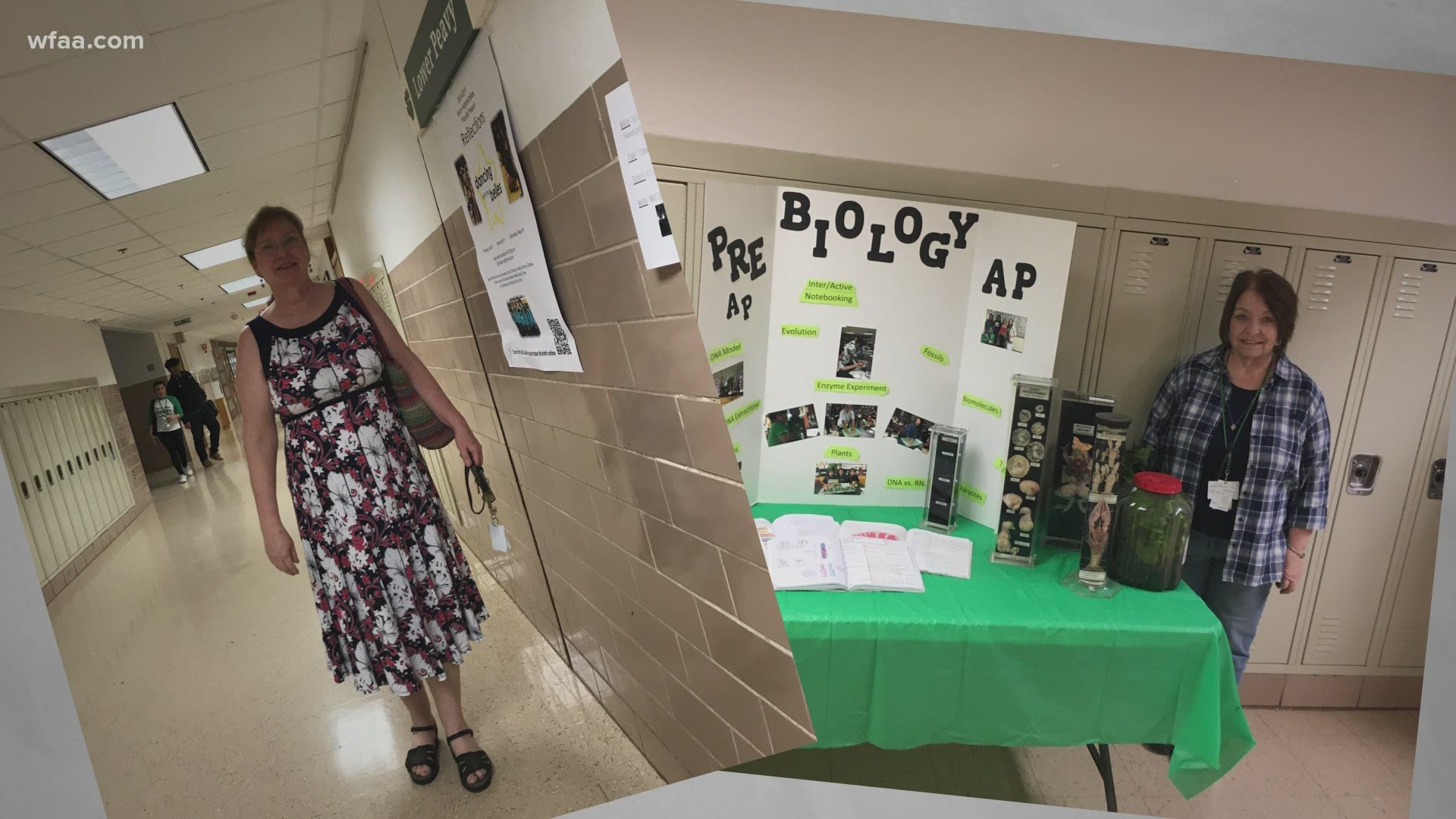 On Thursday, vaccine advisers to the U.S. Food and Drug Administration will meet to discuss Moderna's vaccine.

Moderna has said that its coronavirus vaccine is 94.1% effective in preventing COVID-19 with no severe side effects.

But Diane Birdwell and Vickie Tillery didn't know any of that when they volunteered for the third stage of Moderna's trials in July.

Both are teachers at Bryan Adams High School in Dallas and have more than 50 years of teaching experience combined.

They're both in their 60s and got interested in volunteering because they simply wanted to make a difference.

Birdwell and Tillery still remember getting the polio vaccine as young girls.

"I was really excited about it," Tillery said. "I had to step up and do this. I felt like we had an advantage because the Chinese released the DNA of the virus and a lot of other labs were able to get the RNA structure quickly."

Before she was a teacher, Birdwell was in the U.S. Army with a focus on intelligence.

So for her, serving her country isn't something that you magically forget to do.

"You should step up when your country needs it, and so this is my way of contributing to history, science, and the nation," Birdwell said.

But public service wasn't the only reason Birdwell and Tillery got involved.

When they took their first shots in July, they had a feeling that they may have to return to the classroom during the pandemic, which remains a divided issue amongst instructors.

RELATED: ‘Let’s do this!’: Fort Worth ER doctor makes emotional plea to North Texans to trust the COVID-19 vaccine

Neither knows if they actually got the vaccine or were part of the placebo group, but they're glad they participated having been in the classroom since August until now.

"I'm a 60-year-old woman," Birdwell said. "I'm literally in the higher-risk category but I have to make a living. I thought that the trial would at least give me a 50% chance of getting protected versus nothing."

Tillery, who didn't get immediate support from her family about volunteering but later did, agreed.

"I just wanted to make sure that I could deliver on my job and what I love doing, which is being there for the kids," Tillery said. "At some point, we were going to return and I wanted to be ready."

Birdwell said she was able to encourage at least four other colleagues to sign up and do the same.

She and Tillery are both members of the local National Education Association chapter.

RELATED: What is an mRNA COVID-19 vaccine and how does it differ from other vaccines?

The two admit that there was some risk in volunteering, but that any anxiety went away when the efficacy results were announced.

"We would text each other and the other people we knew in the study and be like, 'Did you hear what they said?! 94%!'" Birdwell said with a laugh. "We are just so excited that it's working."

Americans are hoping that the vaccines do provide a long-term solution to what has been seemingly an agonizing year.

"It's like I've been holding my breath for eight months," Tillery said. "Now it's kind of like a sigh of relief, and I feel good about this."

Both women will watch eagerly as Moderna's vaccine is pushed through the approval process, knowing they had a hand in it all.

"We can't change who has died," Birdwell said. "But we felt like maybe we could help a little and save tens of thousands of lives and get our economy back on its feet."