Vaccines continue to slowly but steadily roll out across Texas. 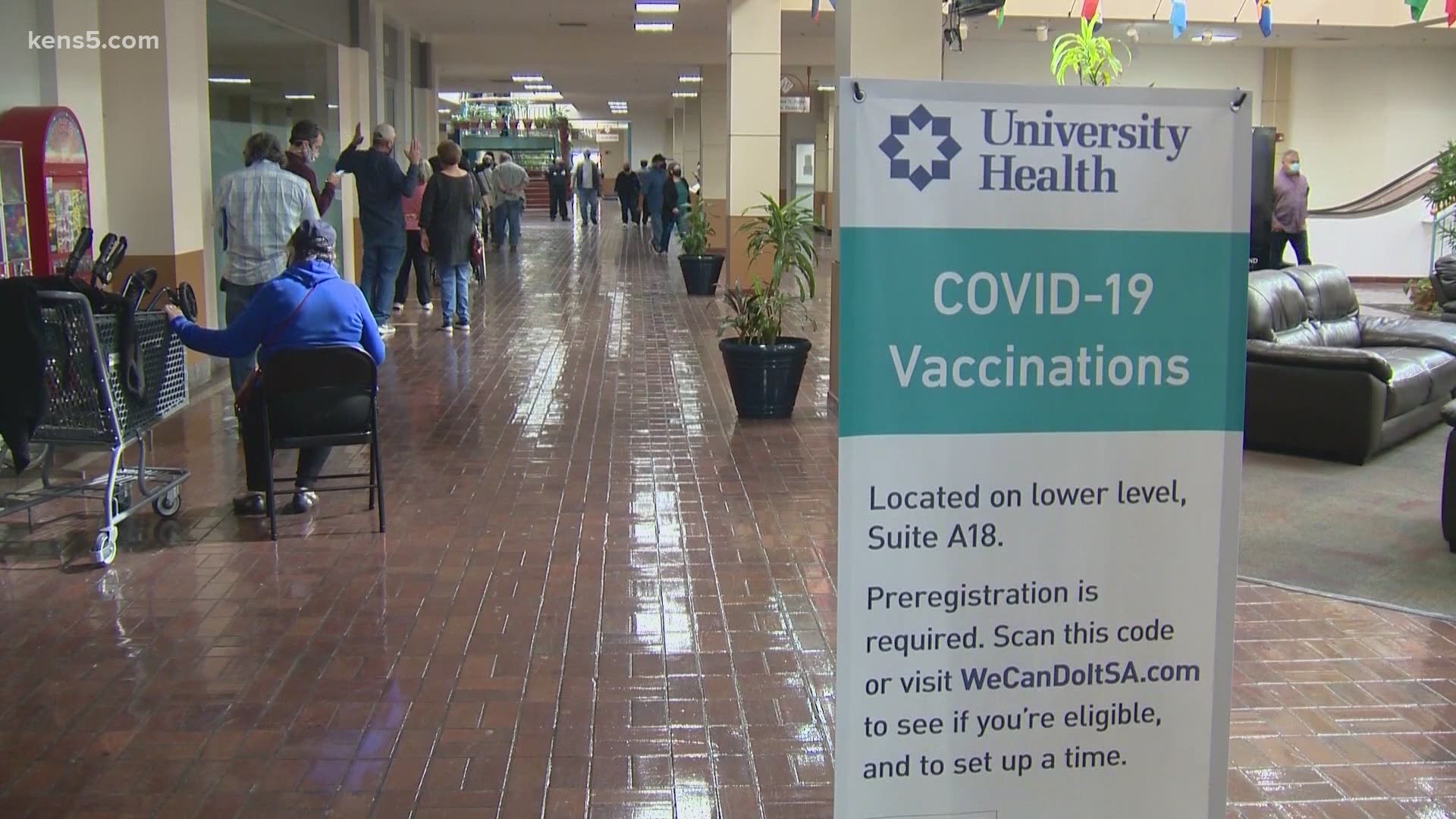 SAN ANTONIO — The first mass vaccination effort is underway in Bexar County as thousands of San Antonians are expected to be immunized against the coronavirus under the new University Health clinic at Wonderland of the Americas mall.

On Monday, more than a thousand residents were inoculated against the virus, on day one of University Health's mass vaccination clinic. Dr. Bryan Alsip, chief medical officer for the University Health System, said those clinics are scheduled out for the next couple of weeks.

He said 12,000 doses will be injected under Phase 1B of the state's vaccine distribution plan. People eligible for the shot in this tier are those 65 and older, or those 16 and older with at least one chronic medical condition that puts them at increased risk. University Health is administering the Moderna vaccine, which cannot be given to those under age 18.

Meanwhile, under Phase 1A, several thousand frontline workers in Bexar County are still waiting to get the shot.

"The goal, from the state's standpoint, within those two categories is to immunize as many as you can," Alsip said.

However, supply remains an issue. At this point, there are not enough doses to cover everyone eligible to be vaccinated in Phase 1A.

According to the state, Bexar County has received nearly 74,000 doses of the vaccine, and nearly 36,000 have been given out.

Alsip said the rollout of the vaccine from the state "could be better."

Mayor Ron Nirenberg said the city could learn more this week on the coordination of future rollouts, but details remain dependent on the supply. Leaders did say the clinic that University Health is conducting should be a model for others.

This week alone, the state is sending more than 6,000 doses of the Moderna vaccine to Bexar County.