A prohibition on vaccine mandates is one of Gov. Greg Abbott’s priorities for the special session, but it doesn't appear to have enough support in the Legislature. 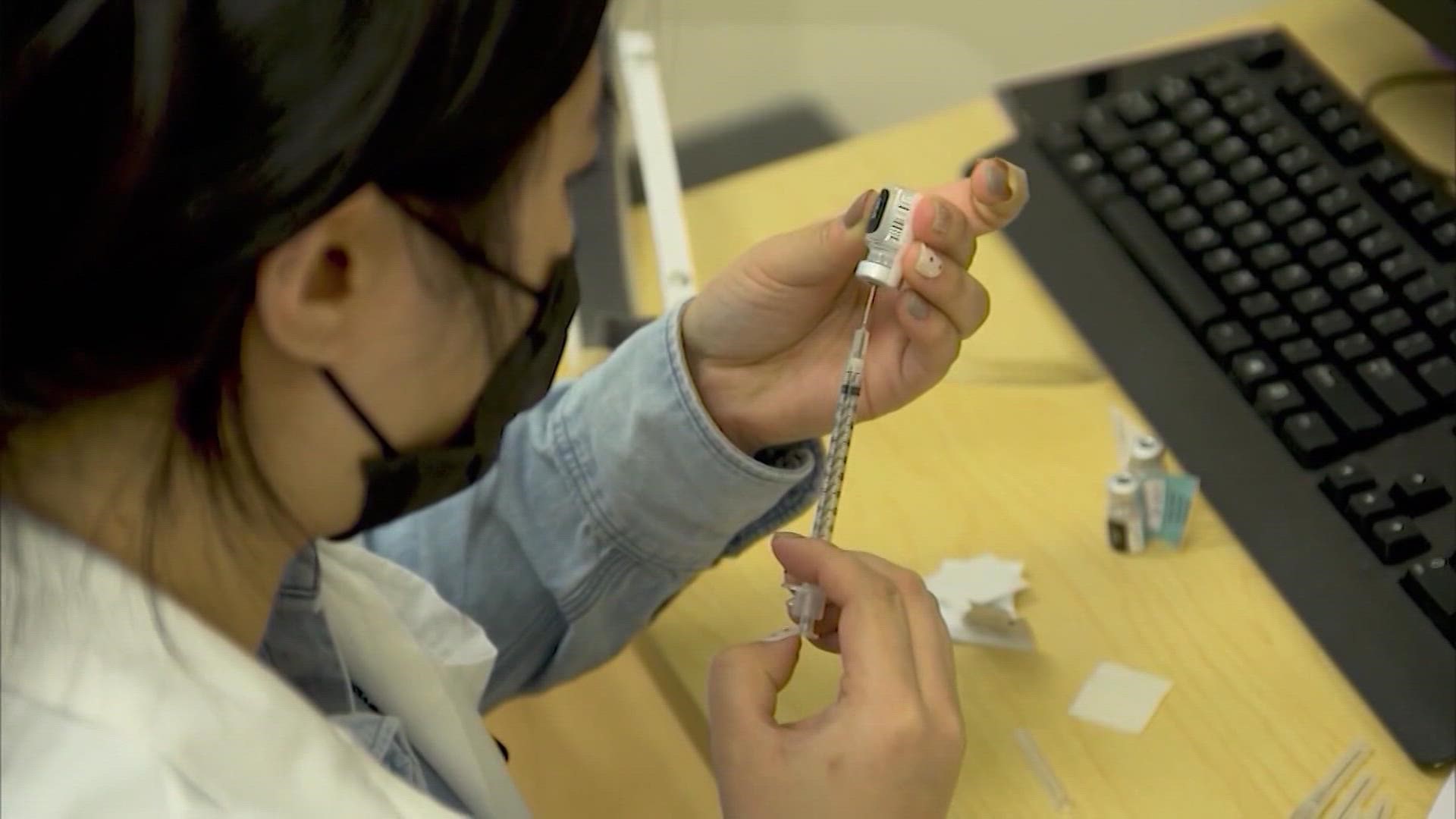 Legislation intended to block any Texas entity, including hospitals and private businesses, from mandating COVID-19 vaccines for employees has stalled in the Senate, the Texas Tribune reports.

With less than two days left in the third special legislative session the bill ran into roadblocks after business groups rallied against it.

“The governor added it late, and the problem with late added bills is that it doesn’t have time to go through the normal process, and the legislature’s pretty tired now," said UH political science professor Brandon Rottinghaus. "They’ve been doing this for several months and it takes its toll.”

State Sen. Kel Seliger, R-Amarillo, said he opposes the bill, which makes entities requiring the vaccines vulnerable to discrimination lawsuits. Seliger said the legislation — added to the session agenda as a late priority by Gov. Greg Abbott — does not have the votes to pass in the upper chamber.

Editor's note: The video in this story originally aired on Oct. 15.

“At the moment it’s not too well developed,” Seliger said of Senate Bill 51, authored by state Sen. Bryan Hughes, R-Tyler, calling it “anti-business.”

“I’ve got some real reservations because I think it’s another example of big government,” Seliger said. “And we don’t do that.”

SB 51 has been on the Senate’s calendar since Thursday, but the chamber has not taken action, even as it passed other priority legislation.

The special session is scheduled to end Tuesday, and the vaccine legislation is one of only a few outstanding Abbott priorities that appears unlikely to get through the finish line.

The offices of Hughes and Lt. Gov. Dan Patrick did not immediately reply to requests for comment.

Patrick, a Republican who presides over the Senate, is also the GOP majority’s de facto leader in the upper chamber. During his two-term tenure, he’s exerted power by rewarding senators who support his priorities and punishing those who don’t by stripping them of powerful positions. This session, he’s been able to push through all five of his priorities.

More than two dozen medical and business advocacy groups quickly criticized SB 51, pushing back against the legislation in the days after it was introduced last week. Hughes filed the bill after Abbott asked lawmakers last week to take up this issue to ensure Texans aren’t required to get vaccinated, saying that vaccines are “safe, effective, and our best defense against the virus, but should remain voluntary and never forced.”

Abbott called for the legislation as he took executive action to ban private companies from requiring employees or customers to be vaccinated against COVID-19, which will be in effect statewide even if lawmakers don't act. His order came four weeks after Democratic President Joe Biden announced that federal contractors must have all employees vaccinated against COVID-19 and that businesses with more than 100 employees must mandate vaccination against the virus or require regular testing.

The warnings were notable in a state where business interests work closely with pro-business Republicans to influence legislation.

“We’re getting tremendous amount of communications from the business community saying this is their job,” Seliger said. “They set the rules and working conditions in their places of business.”

Abbott is in several legal fights with cities, counties and school districts over local mask orders that defy his ban on such orders. Texas’ ban on mask mandates in schools has drawn a federal investigation for possibly violating the rights of students with disabilities.

Advocates from medical facilities like hospitals and nursing homes say they are worried about losing Medicare and Medicaid funds if the state law goes into effect, preventing them from following pending federal rules that will mandate vaccines.

“The state shouldn’t be mandating a one-size-fits-all approach to hospitals,” Steve Wohleb, senior vice president and general counsel for the Texas Hospital Association, told a Senate panel Thursday. “It should leave those decisions to the hospitals, who are in the best position to know what’s best for their patients.”

While a prohibition on vaccine requirements has been a top issue for Abbott, the subject never rose to the top of Patrick’s list.

At the beginning of this 30-day special session, Patrick announced that his top priority was to use federal COVID-19 relief funds to help Texas homeowners reduce their property tax burden for the year.

Patrick’s other priorities included restoring money paid out of the state’s unemployment insurance fund during the pandemic, preventing transgender student athletes from playing on sports teams based on the gender they identify with rather than the gender on their original birth certificate, drawing new political maps, and legislation to protect dogs from being tethered during extreme weather.

Patrick also succeeded in getting Abbott to add tuition revenue bonds to the special session and quickly passed the bill out of the Senate.

A prohibition on vaccine mandates by state Rep. Tom Oliverson, R-Cypress, has also stalled in the House.

With less than two days left in the third special legislative session the bill ran into roadblocks after business groups rallied against it.

This story is from our news partners at the Texas Tribune.