The clinic started taking calls at 7:30 a.m. and was quickly inundated with people wanting to sign up. 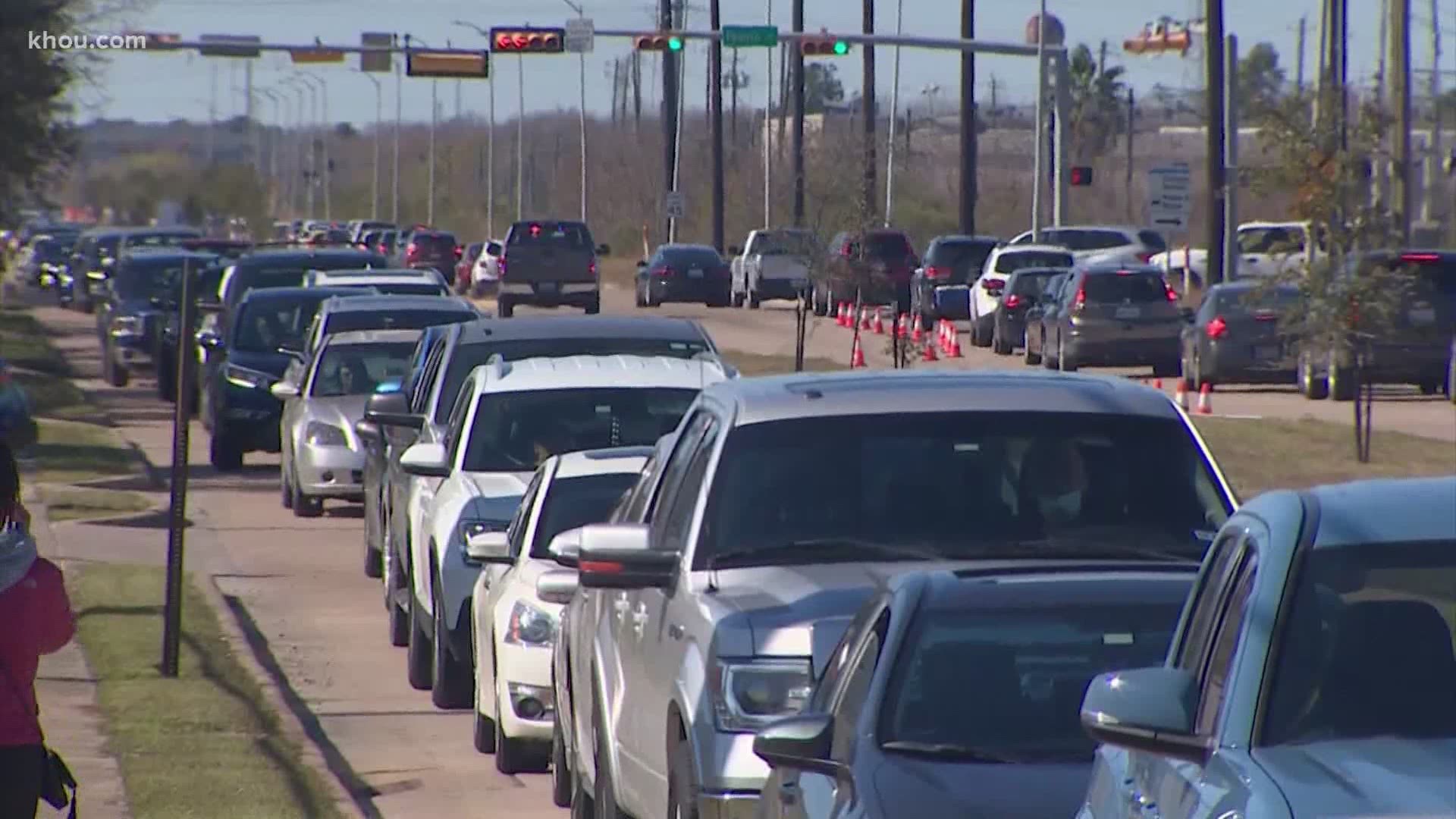 HOUSTON — The city of Houston opened its first COVID-19 vaccine clinic Saturday. Nearly 1,000 people were received the vaccine there.

Hundreds lined up with hopes of being one of the first to receive the Moderna vaccine. However, the rollout was met with a few speed bumps. People were told to register for an appointment by phone only, but the phone system was quickly overwhelmed. The city moved to an on-site registration.

Cars lined up outside of where the Houston Health Department set up the clinic.

John Falco waited in line hoping to receive his first dose of the vaccine.

“Even though there’s a lot of vaccine hesitancy, there’s still a strong desire from people to get the vaccine and that’s what today demonstrates," Mayor Sylvester Turner said.

He said the issue has been resolved, and hundreds of people have already registered to get the vaccine on Sunday.

“Then depending on the number, the quantity of the shipments that we receive we are looking at setting up what I would call mass distribution or mega sites,” Mayor Turner said.

Those who met the criteria and were able to get vaccinated feel a sense of relief.

Fernando Lomas and his wife Gracie got their first dose.

“We feel very fortunate that we were one of the first ones today, and oh, yes, we’re happy," Lomas said.

About the Houston vaccine clinic

Mayor Sylvester Turner said the clinic is expanding vaccine access to the general public at high risk of severe illness and death from COVID-19.

“We are anticipating a rush on the phone lines," Mayor Turner said Friday. "The reality is we simply don’t have sufficient quantity to meet the demand."

He said there were only be 750 spots available Saturday.

“Anyone that’s 65 and older, teacher, police officer, you name it," Mayor Turner said.

It is open to the public, but you must fall within Phase 1A or 1B to be eligible, meaning you must be 65 years or older. Because the city is offering the Moderna vaccine, it’s also for those 16 and older with certain medical conditions.

The Houston Health Department said you also must be a resident of the City of Houston.

Unlike the drive-thru testing sites, at the vaccine site, you will have to get out of your car. One reason is after getting the shot, health officials must monitor you depending on your medical background for 15 to 30 minutes.

“That requires additional spacing and additional staffing and that also explains one of the reasons why you can’t do as much as you would like to do," he said.

Houston’s Health Department received an initial shipment of 3,000 doses. The Houston Fire Department got another 3,000. However, the mayor has been critical of the rollout, saying it needs to move faster to meet the demand in a big city like ours where the virus is still spreading.

“I know it can be frustrating, but we are operating with what we have and hopefully we will get a lot, lot more," he said.

The city says it’s quite possible it will run out of doses Saturday. You can use the state's online map to find other vaccine providers in your area, like doctors, pharmacies and hospitals.

RELATED: What are some big differences between the Pfizer and Moderna COVID-19 vaccines?