Winter storm crippled the state's ability to keep up with COVID-19 vaccinations; FEMA to open site

Experts estimate Texas fell behind by 1 million vaccinations when the winter storm knocked out power and water last week. 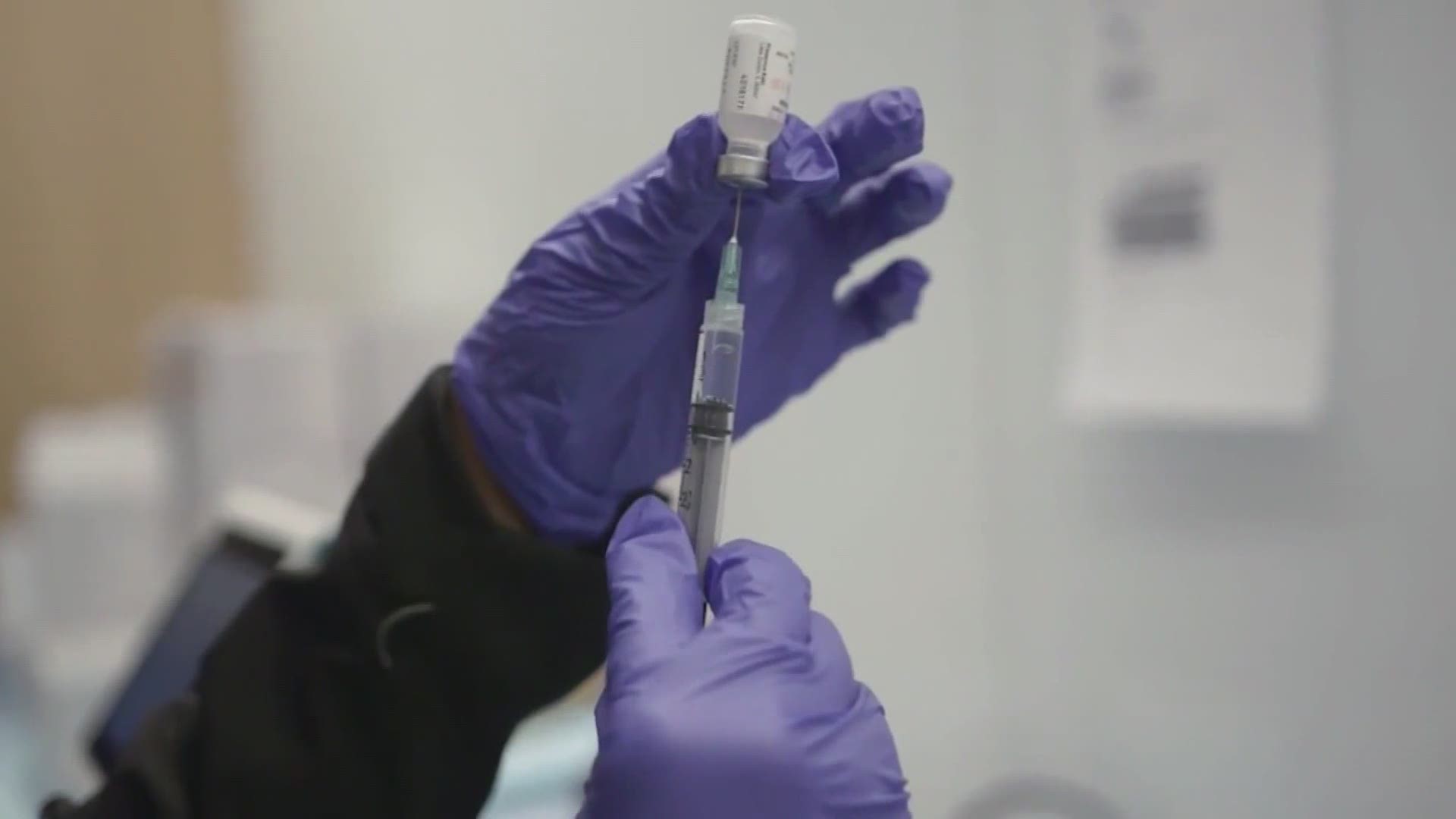 HOUSTON — Last week's winter storm crippled the state's ability to keep up with COVID-19 vaccinations. Vaccine shipments were delayed and without power or water vaccine hubs across Houston had no choice but to shut down.

Now, officials are racing to catch up.

Experts estimate Texas fell behind by about 1 million vaccinations because of the storm. But a new FEMA site scheduled to open in Houston later this week should help make up for the lost time.

"Every week lost is a tragedy," Dr. Peter Hotez said. "We have no choice but we have to catch up this coming week."

With Texas and most of the nation thawing out, shipments are resuming.

"We've been able to get 2 million of those 6 million doses out. We expect to rapidly catch up this week ... fill that backlog," White House Press Secretary Jen Psaki said.

Texas is set to receive more than 1.5 million doses by mid-week. More than 40,000 are heading to FEMA's new community vaccination site at NRG Park.

"That will be 6,000 vaccines per day for six to eight weeks," Mayor Sylvester Turner said.

It's expected to help Houston make up lost ground faster.

"You might say, 'We lost a week. What's the big deal?' But my worry is the stakes are high because of new variants now permeating the U.S," Hotez said.

Hotez said speed matters. The faster we vaccinate, the quicker we can slow community spread. Because of the storm, Texas is now nearly last in the country with only 11% of our population having received the first dose of the vaccine.

"We've got to really step up our game in order to catch up so we're at least back in the middle of the country by next week," Hotez said.

Harris County Judge Lina Hidalgo and Turner plan to announce new details of the FEMA site and how it will work at a 4 p.m. news conference on Monday.

Stay with KHOU 11 News for coverage of the announcement.