What are the differences between the Pfizer and Moderna coronavirus vaccines?

If Moderna's vaccine gets approved, it would be the second available in the U.S. behind Pfizer's vaccine, which was granted emergency authorization last week. 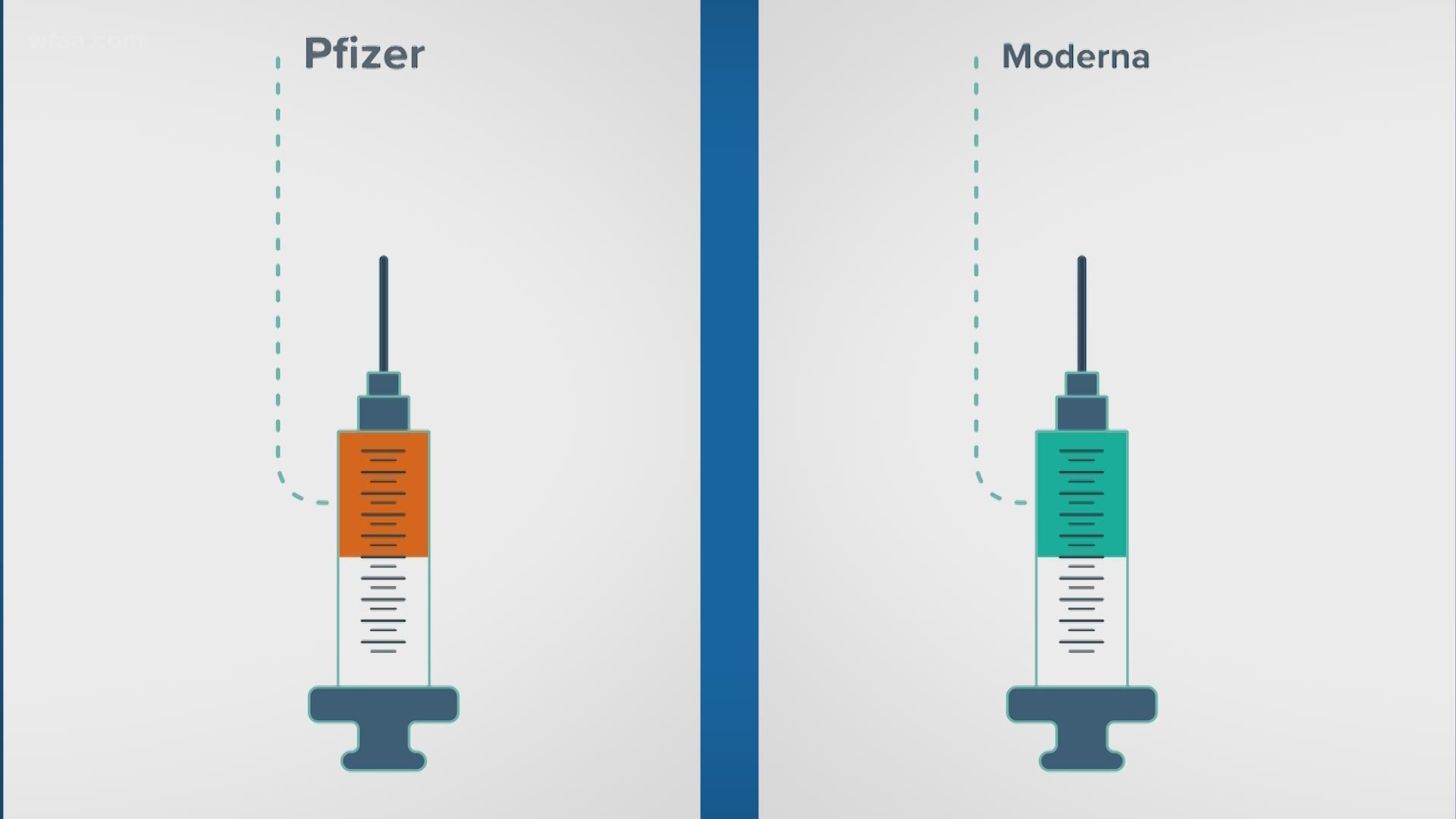 A U.S. Food and Drug Administration advisory panel is slated to vote Thursday on whether to recommend the approval of the Moderna coronavirus vaccine for emergency use.

If approved, it would be the second available in the U.S. behind Pfizer's vaccine, which was granted emergency authorization last week.

The two vaccines are largely similar:

RELATED: What is an mRNA COVID-19 vaccine and how does it differ from other vaccines?

"mRNA are basically the instructions that are packaged in this little lipid package injected into the vaccine, it gets into your cell then teaches your cell basically how to make the virus protein to mount an immune response," said Dr. James Cutrell, infectious disease specialist at UT Southwestern in Dallas.

There are some differences to note between the Pfizer and Moderna vaccines:

"The mRNA itself is not very stable at room temperature," Cutrell explained.

"Once you take it (out of the freezer) and put it in the refrigerator, the Pfizer vaccine is only stable for about five days. The Moderna vaccine, on the other hand, from the data that we have from the company, appears to be stable at refrigerator temperature for about 30 days," he said.

"They've created these lipid nanoparticles-- kind of like envelopes that help to protect the mRNA... There's something about the Moderna vaccine most likely the way the lipid nanoparticle was created that allows it to be more stable for a longer period of time in the refrigerator," he said. 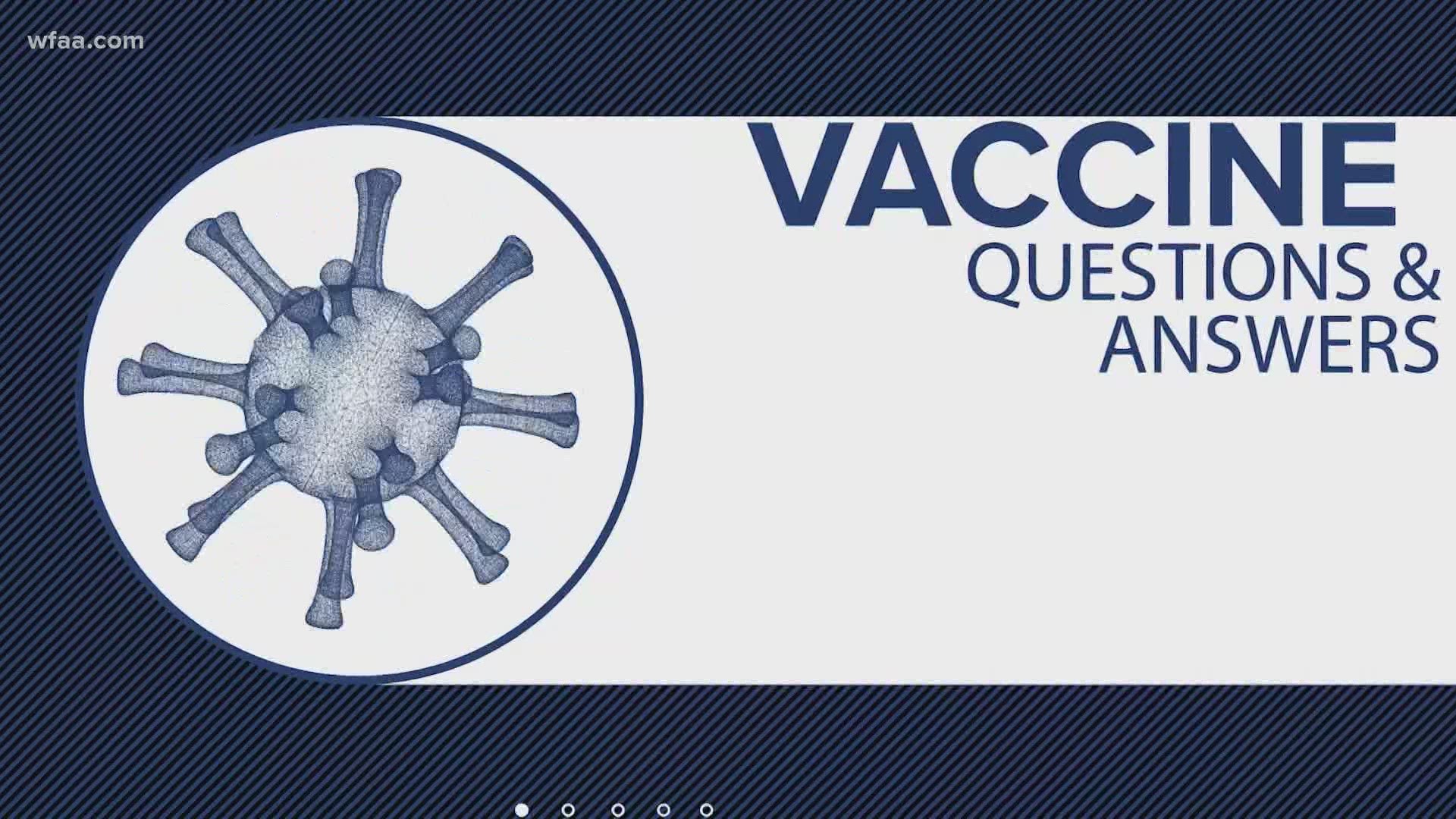 Once out of the fridge, both vaccines need to be used within five or six hours, otherwise, the mRNA starts to degrade, said Cutrell, who is also the president of the Texas Infectious Diseases Society.

At this point, experts believe the Pfizer vaccines will be sent to larger hospitals with capacity for deep freezers, while Moderna's vaccines will go to clinics and smaller hospitals that don't have the same storage capacity.

One thing to remember: you can't mix and match vaccines.

"Because that's the way that it's been studied," Cutrell said. "So the answer to the question of which one you should take -- is really whichever one you're offered to get first."

Moderna says as soon as it gets approval, six million doses will be distributed to more than 3,000 locations.