Your questions about the new Alamodome vaccination site, answered

KENS 5 has a quick rundown of what you need to know about the mass vaccination site at the Alamodome before the operation begins on Monday. 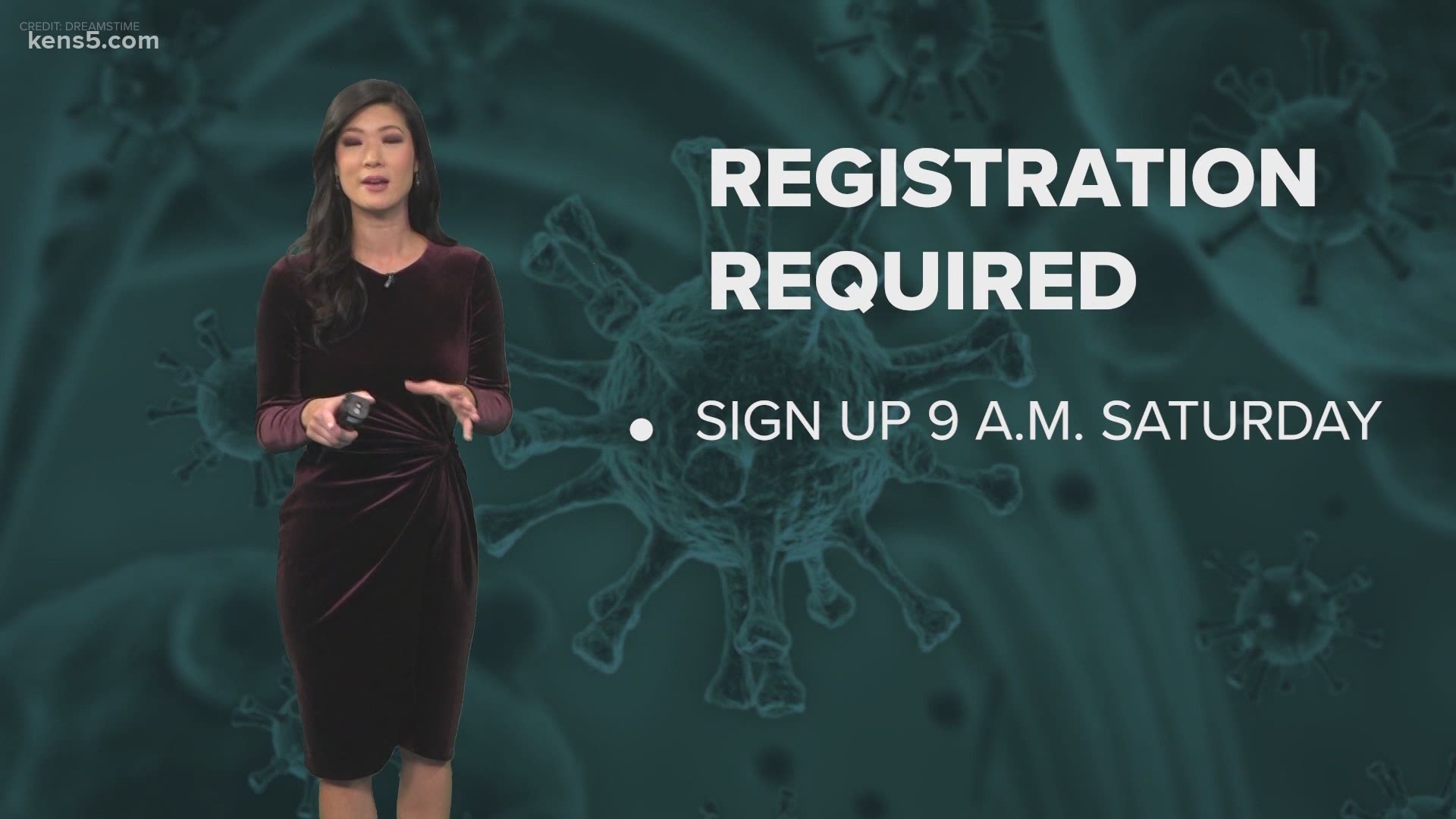 SAN ANTONIO — UPDATE: According to the City of San Antonio's Office of Emergency Management, there were more than 11,000 people on the registration website when it opened at 9 a.m. The 9,000 open slots for the first week of vaccinations at the site filled up in less than 30 minutes.

The city has not announced when the next round of registrations will open. Officials are expecting 20-25,000 doses of the vaccine from the state on a weekly basis.

The Alamodome will become a coronavirus vaccination site starting Monday, according to the City of San Antonio. KENS 5 has a quick rundown of what you need to know.

Starting Monday, Bexar County residents who fall under Phases 1A and 1B can receive the Pfizer vaccine for free. These phases are determined by the state. People who qualify to receive a vaccine at the Alamodome are health care workers, people 65 and older, or  anyone 16 and older with a chronic medical condition.

City officials say they will be able to serve 1,500 people per day.

If you qualify to get a vaccine, you must register. They will not accept walk-ins. Registration will open at 9 a.m. on Saturday. Residents without internet access can call 311 or, if you can, register online here.

So far, the city says it has enough doses to get through next week.

Dr. Colleen Bridger, the interim Metro Health director, says they plan to open up appointments on a week-by-week basis. People who register to get their dose will be set up to receive their second dose at a later date. The Alamodome will allow people to go inside or use a drive-thru.

KENS 5 received a few questions from viewers about the mass vaccination site.

Question: I’m a Comal County resident in Bulverde. Do I qualify?

Answer: Yes. As long as you fall under Phase 1A or 1B.

Question: Do you have to show medical records if you have a chronic medical condition?
Answer: No. The city says you don’t have to show proof. They’re asking residents to be honest.

Question: When is it estimated that there will be enough vaccine to supply regular immunization channels?

Answer: There’s no clear-cut answer. However, Bridger says Bexar County is expected to receive weekly shipments of 20,000 to 25,000 vaccine doses that will be distributed to providers.

The site at the Alamodome will receive 9,000 doses a week. According to Bridger, the city anticipates supply will ramp up in two weeks.