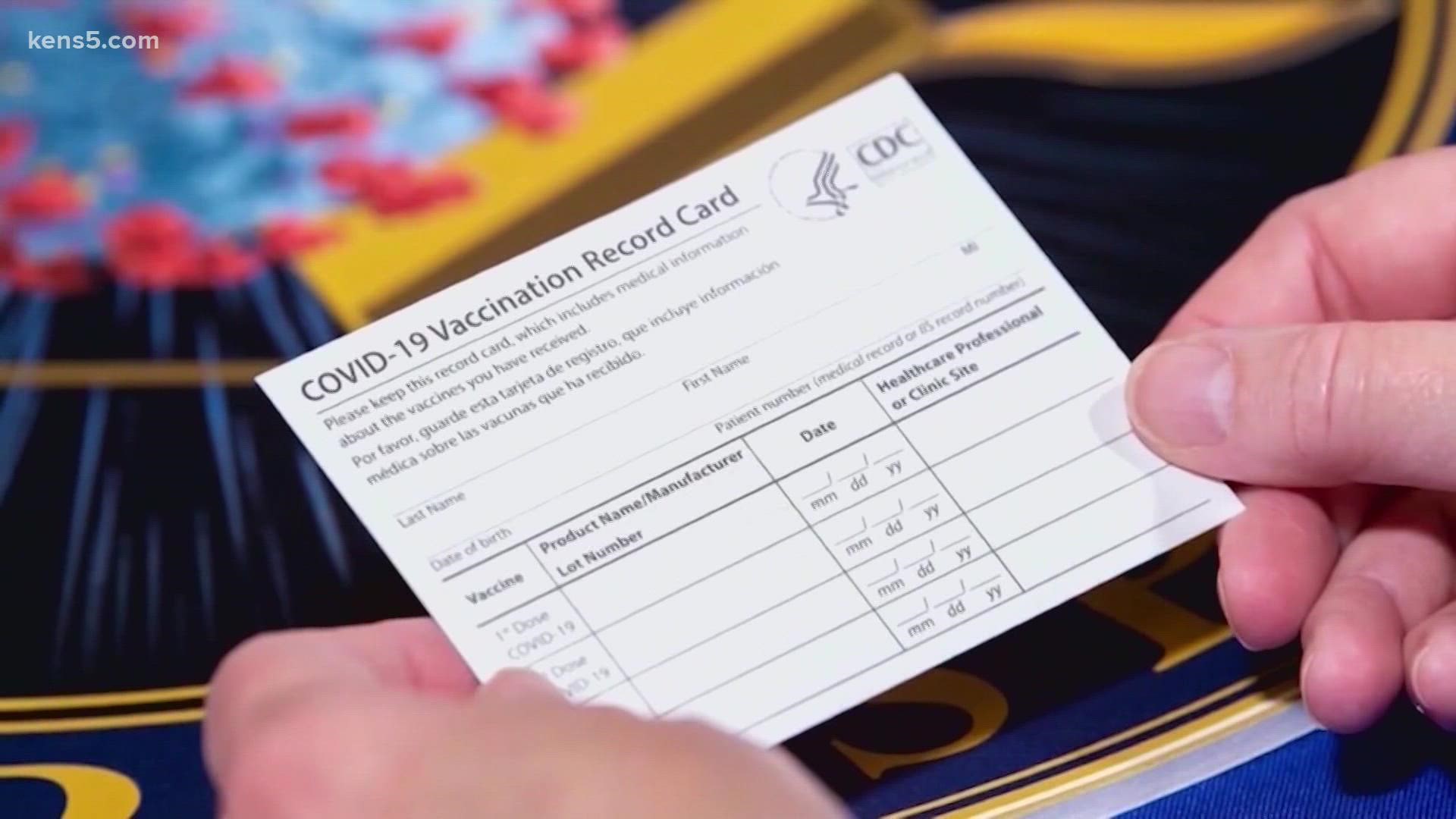 SAN ANTONIO — New York is doing what no other city is.

In hopes of halting another coronavirus surge, city leaders announced Tuesday workers and customers will need to prove they're vaccinated before participating in certain activities across the city.

“Not everyone is going to agree with this, I understand that, but for so many people this is going to be a lifesaving act,” New York Mayor Bill De Blasio said.

Before walking into gyms, eating at indoor restaurants or attending performance, people will have to show their vaccination cards to get in.

“I feel for our colleagues in New York. Based on the governor’s executive orders of the last two weeks, I don’t see that happening anytime soon here in Texas,” Monastero said.

Monastero says he doesn’t think it’s the type of change many Texas restaurants would want to see.

“Adding this one thing where you’re requesting employees to be administrators of a very strict guideline, to have to compare someone’s driver's license to their vaccination cards to make sure the birthday matches, is looking at very sensitive information,” Monastero said.

Monastero said he believes policing proof of vaccination will only make it harder on those businesses which he says are still struggling to bounce back after taking massive losses during the duration of the pandemic.

“At the end of the day, that is just going to create more instances where there’s going to be conflict between the customer at the front door and the server managing it,” Monastero said.