While the variant spreads more easily, researchers say its symptoms are not more severe than the previous versions of the virus. 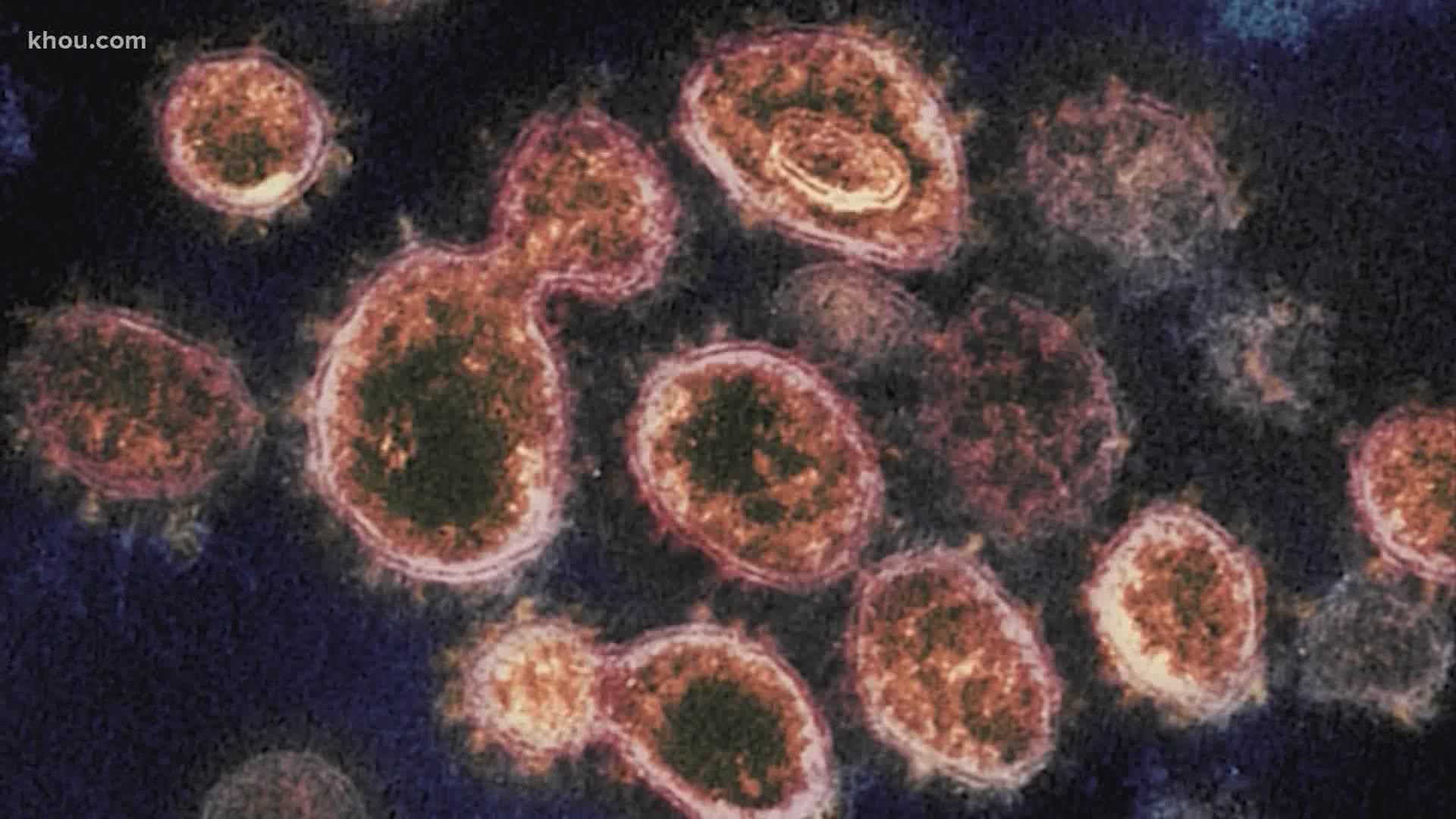 HOUSTON — The first known case of the more contagious variant of COVID-19, variant B.1.1.7 that was first found in the United Kingdom, has now been discovered in the Houston area, Harris County Public Health officials said Thursday.

Public health officials said it's the first known case of the variant in Texas.

The infected person was reported to be a man between 30 and 40 years old who lives on the county's southwest side, outside of Houston's city limits. He has no history of travel, which suggests there could be community spread.

RELATED: What is the new COVID-19 variant? FAQ

"The individual is stable, in isolation, and will remain there until cleared by public health officials. HCPH epidemiologists are identifying, notifying, and quarantining all close contacts and are conducting a thorough investigation in conjunction with the Texas Department of State Health Services (DSHS)," the county's health leaders stated in a press release.

New variant is more easily transmitted but not more severe

Based on available studies in the United Kingdom, scientists believe the B.1.1.7 variant to be more easily transmitted than previously identified strains of the SARS-CoV-2 variant but not more severe in symptoms. In addition, the currently approved vaccines are thought to be effective against this variant, public health officials say.

You can read more about the variant by clicking here.

"Our hospitals are busy, our emergency rooms are busy," President and CEO of Memorial Hermann Houston Dr. David Callender said. "We are not overwhelmed but there is quite a demand for hospital care today.”

Although the new strain is a concern, it’s not a surprise to medical professionals. Callender said they've been watching how it has been playing out in other areas where the variant is the dominant strain.

“Bottom line is we need to be prepared for higher numbers and a more significant surge that can last longer. So we are trying to make sure we are ready," he said.

If there is a bright side, it’s that the variant strain doesn’t appear more deadly and does respond to the vaccine.

“There is hope with the vaccines," Callender said.

Harris County's warning for the public

"This has the potential to throw jet fuel on an already dangerous situation," said Harris County Judge Lina Hidalgo.

During a press conference Thursday, Hidalgo expressed her concern about the arrival of the new COVID variant and said the health department is aggressively investigating the links to the infected individual.

She encouraged all residents to limit indoor gatherings and instead opt for outdoor activities.

“The health and safety of everyone in our community remains our top priority. Though mutations of a virus are expected, we are closely monitoring this case and any potential contacts to prevent the ongoing spread of the virus at all levels,” said Dr. Sherri Onyiego, health authority for Harris County, “The prevention measures for this strain are no different and our community should continue staying home in addition to wearing facemasks, social distancing, getting tested, and washing your hands frequently. We know that our community is growing COVID fatigue, but as cases and hospitalizations are steadily increasing, now is not the time to drop our guard down.”

The community is reminded to avoid gatherings, stay six feet apart and wear a mask when in public.