Health experts say the spike in new infections is partially the result of social gatherings over the Fourth of July holiday weekend. 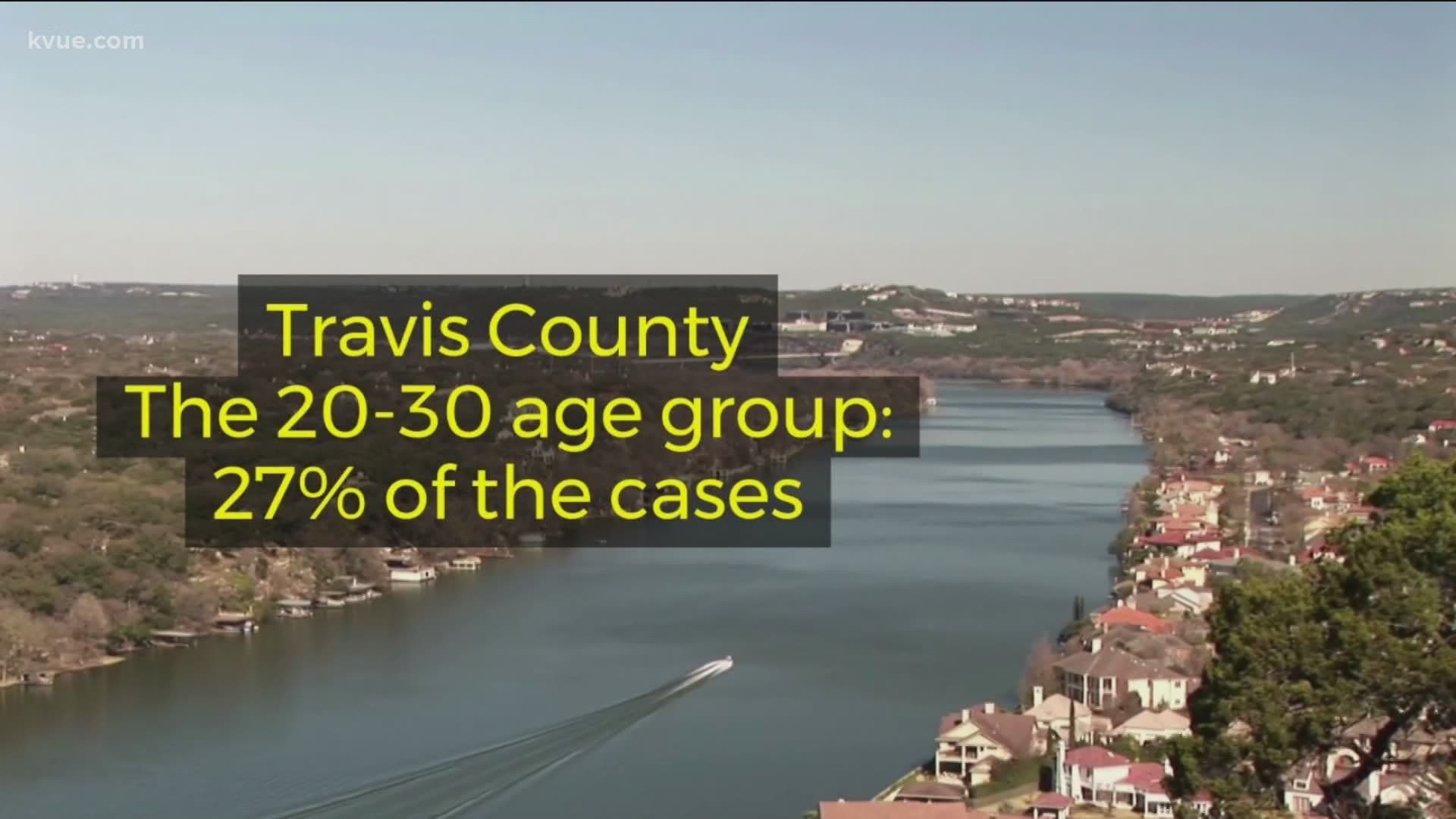 AUSTIN, Texas — Thursday saw the greatest single-day number of deaths from the coronavirus in Texas, as new cases over the past three days has hit all-time highs – 129 people were added to the death toll, and there were more than 30,000 new confirmed cases in Texas just since Tuesday.

Health experts say the spike in new infections is partially the result of social gatherings over the Fourth of July holiday weekend. One example is along the Coastal Bend, where a fireworks show at Aransas Pass near Corpus Christi brought out the public, as did the lure of the beach at nearby Port Aransas, where thousands showed up to play. This week, the Corpus Christi area is experiencing a major outbreak of new, case with 500 more reported by health authorities on Wednesday.

Across the country, a growing number of those being diagnosed with the infection are people in their 20s. In Travis County, people between age 20 and 30 now make up the greatest number of cases of the virus, 27%. In Hays County, 45% of the cases are among the 20-29 age group.

The issue of younger carriers of the virus who often don’t know they have the infection is of growing concern by heath officials and was addressed by Dr. Anthony Fauci in a Facebook Live interview on Thursday.

He urged young adults to take responsibility by social distancing and wearing face coverings to keep from spreading the disease to those who are more vulnerable to the infection.

“What I would urge and almost plead with the younger people that you have to have responsibility for yourself, but also a societal responsibility that you're getting infected is not just you in a vacuum, but you're propagating a pandemic,” Dr. Fauci said.

One dead, another injured in northeast Austin homicide