It sent a letter to its members saying, "We support our members in the constitutional right to protest by keeping your businesses open." 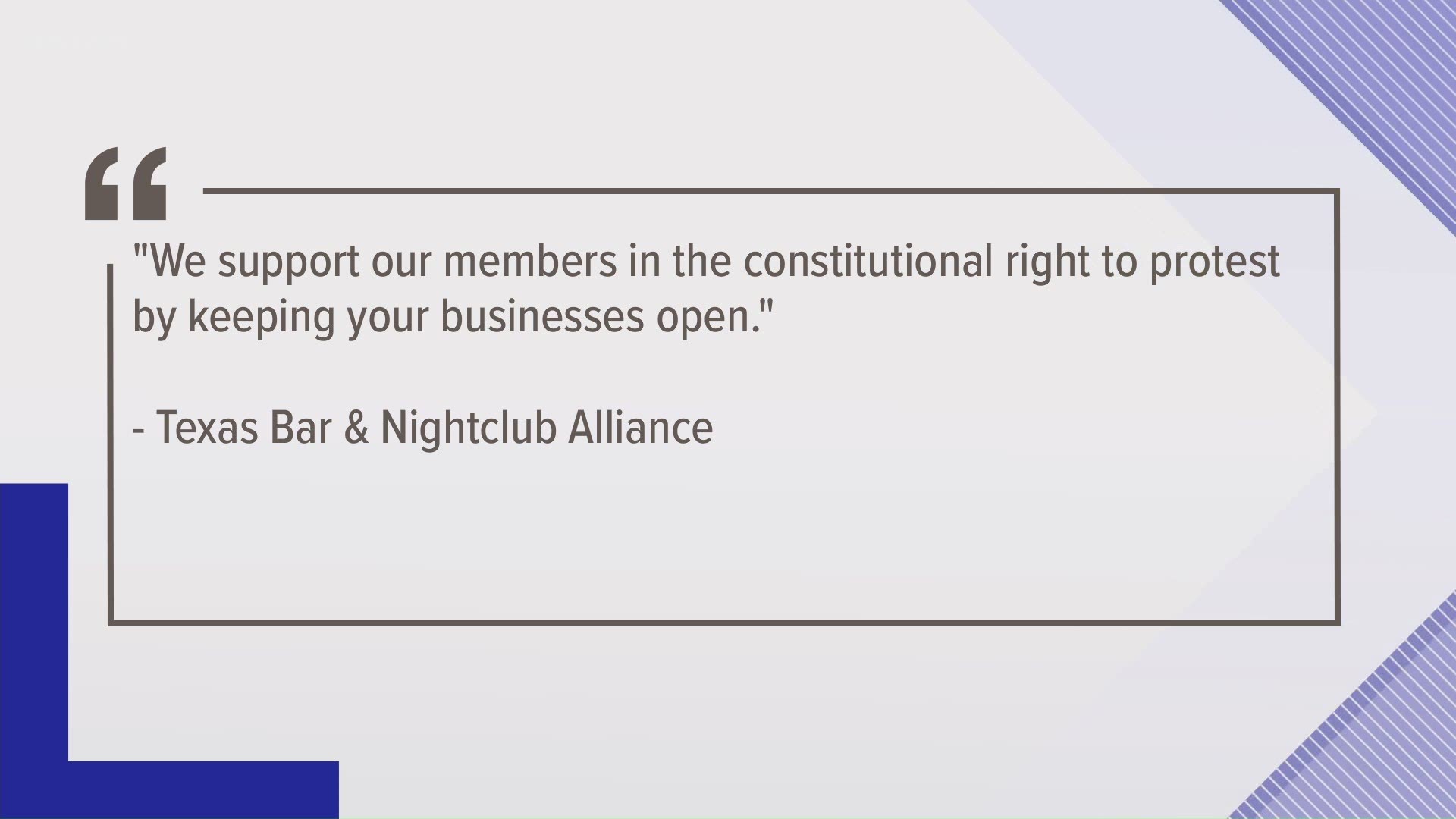 AUSTIN, Texas — The Texas Bar and Nightclub Alliance (TBNA) isn't happy about the governor's decision to force bars to close.

Gov. Greg Abbott issued a new executive order on Friday scaling back on reopening Texas after a significant surge in coronavirus cases. Starting at noon, bars and breweries were ordered to close, except for to-go services.

Starting on Monday, restaurants, which are operating at 75% dine-in capacity, will have to scale back to 50%. Rafting and tubing businesses must also close.

TBNA is planning to file a suit this week against the state over the executive order.

It sent a letter to its members saying, "We support our members in the constitutional right to protest by keeping your businesses open."

The letter called Gov. Greg Abbott’s order “irresponsible and shameful” and said members have expressed anger about being closed while other businesses such as salons and restaurants remain open.

'In hindsight': Gov. Abbott says he should've delayed the opening of bars

TBNA said it is providing legal counsel to any business owners that are fined, charged or have their licenses suspended for remaining open.

It is seeking a temporary restraining order in both state court and federal court, TBNA told its members.

The organization also sent out guidance to members as TABC works to ensure bars follow the governor’s order across the state.

TABC visited 628 bars across Texas on Friday night, finding 30 bars open in violation of the order.

It said 28 of those bars agreed to shut their doors, while two remained open. Those two bars – The Whiskey Girl in Abilene and Outlaws Longview in Longview – have had their liquor permits suspended for 30 days.

On Monday, the TABC announced that more bars had refused to cease operations, including The Park at the Domain in Austin.

Anyone who witnesses a bar in violation of the governor's order is asked to report it to complaints@tabc.texas.gov, call 1-888-THE-TABC or use the free TABC mobile app.

FEMA reportedly warning states not to use $10.2M worth of COVID-19 testing kits made in 'unsanitary conditions'