Surviving coronavirus, and sharing their story

A new free-to-watch documentary is putting the spotlight on young COVID-19 survivors, and showing how the virus doesn't discriminate between ages. 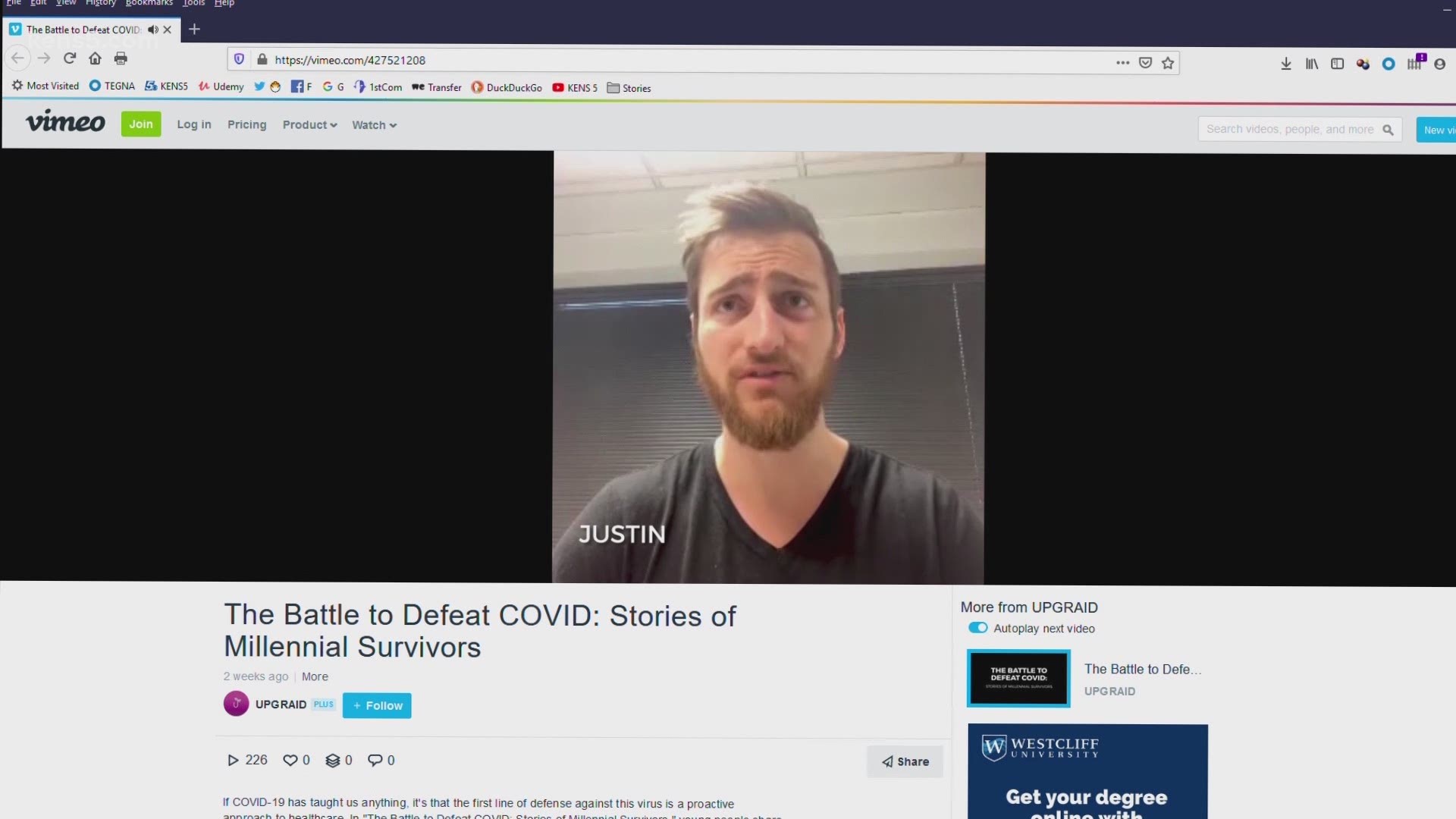 SAN ANTONIO — A group of young coronavirus survivors are sharing their stories in a short documentary they hope will help people see that the disease can seriously impact just about anyone.

“I remember lying in bed thinking that I was going to die,” said David, one of the film’s subjects.

“I would think I’m relatively active for a New Yorker,” said another survivor, George, explaining his general health.

“I work out four to five times a week,” said Dan.

All these people have a few things in common. They are Millennials, have no chronic health problems and were all infected with COVID-19.

“The focus of the film was really to showcase that this is a universal problem.” said Justin Kamine, the co-founder of supplement company UPGRAID and the force behind the movie.

The 31-year-old was surprised at how much he was impacted by the virus considering his overall health.

“I mean, I lost 10 pounds in the first two days. I started hallucinating. Shortness of breath lasted for about 10 days where even walking up the steps was a difficulty, even having conversations was a difficulty.”

He had his company’s staff produce a short documentary letting other survivors like himself tell their stories.

As someone who has lived through a spike in cases in New York, Kamine has some insight to share as Texas goes through its own spike.

“Especially as New Yorkers and Texans, we’ve got those big personalities, right? Nothing’s going to harm us, nothing’s going to affect us,” Kamine said. “When you do experience this and you do recognize that 'This is happening to me,' it’s scary.”

The film, titled “The Battle to Defeat COVID” is free to watch on Vimeo. Justin hopes it will help other people his age realize how much of a threat the virus is.

“Recognizing how severe and substantial it is, that’s what this message is about,” he said. “It’s that kind of additional warning that we need to take this seriously.”