Officials expect a smaller amount of students than they usually see due to coronavirus, and they're recommending socially-distanced activities. 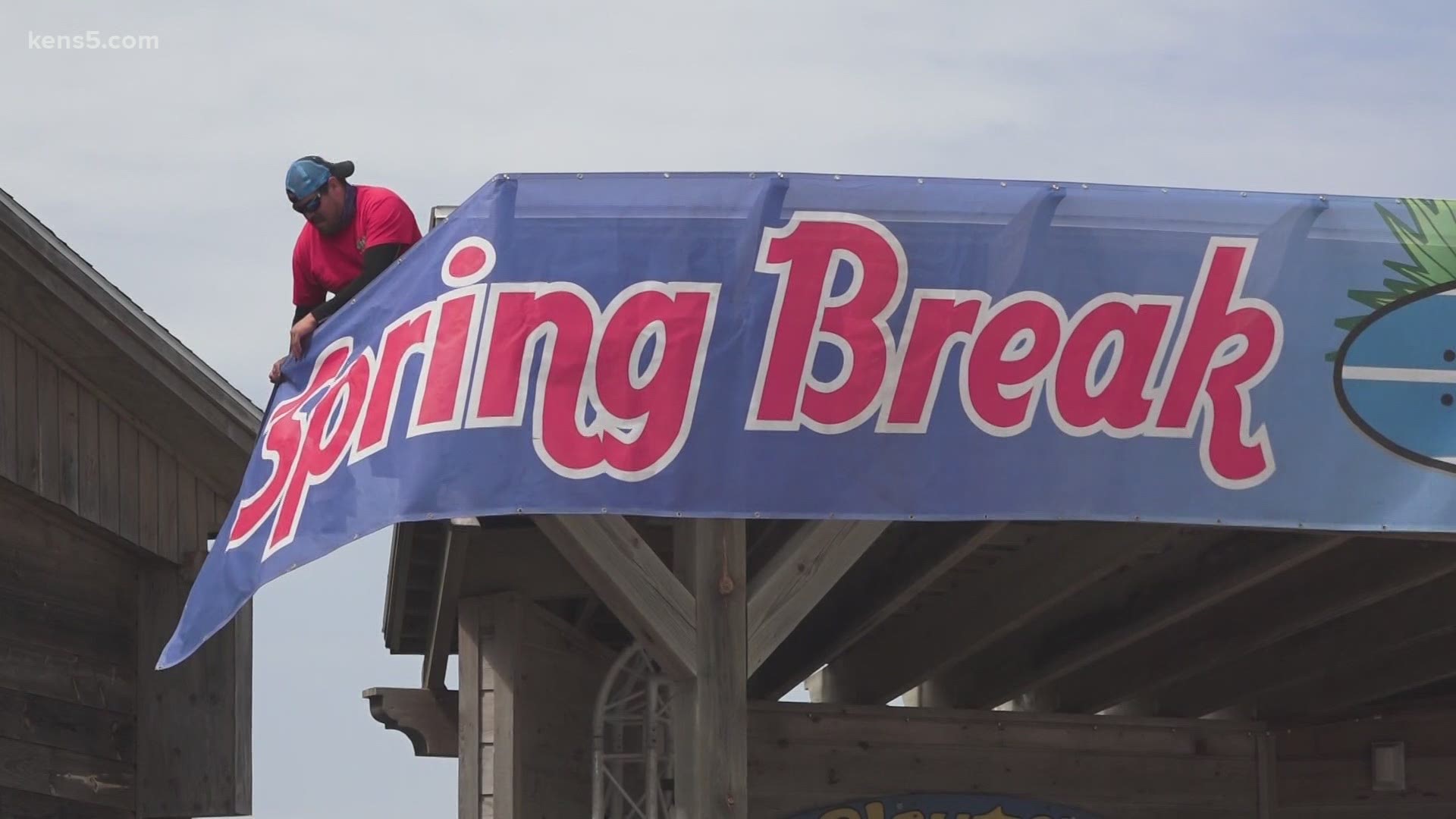 SOUTH PADRE ISLAND, Texas — With just two days left in the statewide mask mandate, spring break is underway in South Texas. If you're heading to South Padre Island, the destination may look different this year.

Clayton Brashear is ready to make up for lost revenue. He owns Clayton's Bar and Grill. He's bringing a slice of spring break to his customers with live music and drinks.

"Spring break is our fourth busiest month. You have June, July, August and March," Brashear said. "We're trying to put together a nice time, put together a spring break so the RGV can come out, enjoy themselves while they're out of school."

But students may be outnumbered on the beach. City Manager Randy Smith doesn't expect as much of the college crowd this year since the coronavirus continues to change plans.

"I think overall, through March, what you're going to see is smaller groups of families," Smith said. "I know the Texas colleges aren't having their traditional spring break, they're encouraging students not to travel."

Smith said they're encouraging beachgoers to do things where they can socially distance themselves.

"Just taking in the sights is beautiful," Smith said. "Going for a walk on the beach, fishing, dolphin watching, we have all the restaurant activities."

Smith said they're still asking people to make safety a top priority during their vacation.

"We think it's a good idea, when you can't social distance, to continue wearing a mask," Smith said.

When the governor's latest order goes into effect Wednesday, Clayton's Bar and Grill will be back to 100 percent capacity. He said employees will continue to wear masks.

"It's an outside venue so it's a safe place to be," Brashear said.

For more things to do in South Padre Island, click here.