The co-owner of Hills & Dales Icehouse, decided to shut down that location, along with his two other bars. He said a handful of employees had tested positive. 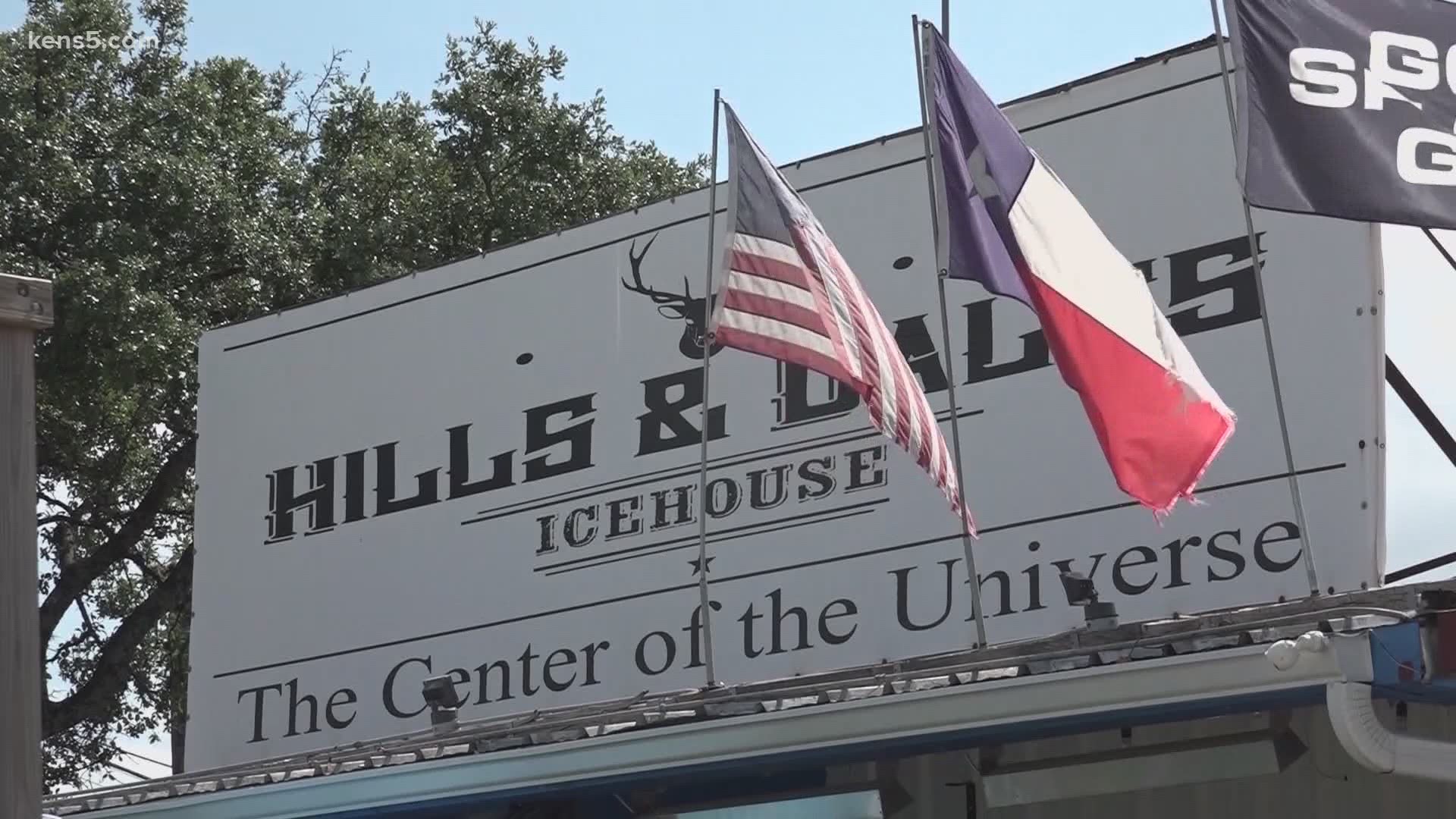 SAN ANTONIO — There is a ripple effect from the second wave of the coronavirus in Bexar County. Judge Nelson Wolff wants to make masks mandatory again, but he needs Governor Greg Abbott's help to do it.

In the meantime, some San Antonio bars are voluntarily shutting down because of this new surge in coronavirus cases.

It comes as Metro Health reports 172 new cases Friday night. It is the fourth straight night with a spike of more than 100 new cases.

Co-owner of Hills & Dales Icehouse, Justin Vitek, decided to shut down that location, along with his two other bars. At the three locations, he said a handful of employees tested positive for the virus.

The decision to shut down wasn't easy, but Vitek says he's is choosing health over money.

"I think setting the bar is the biggest example of who we are," he said.

The establishments had only been open again for three weeks. Vitek was startled by the second wave in San Antonio.

"I don't think anybody expected it to be this soon," he said. "We are not having to close down. It is our personal choice."

Friday night, Bexar County climbed over 4,000 coronavirus cases. The latest numbers have 138 people are in local hospitals, which is the biggest number the county has seen since the pandemic started.

RELATED: Coronavirus Tracker: Here's how cases are trending in San Antonio and Texas

"We hope that others bars will follow in line with what we are doing," Vitek said. "Not to say we are doing the right thing and other bars aren't doing this right thing either. It is hard to say."

However, other San Antonio bars are deciding to shut down too in wake of the spike.

Judge Wolff sent a letter to Governor Abbott Friday afternoon. In order to slow down the spread, Judge Wolff wants the power to make face coverings a requirement in Bexar County.

In the letter, Wolff wrote: "If we are going to be successful in the reopening of our economy, we need to put in place some mandatory health requirements. The most important of these is the requirement to wear a face covering within six feet of another person."

However, the governor is sticking to his guns. Abbott said the government should not mandate people to wear a mask.  He said it is wrong to deprive someone of their liberty.

RELATED: Gov. Abbott agrees with Wolff on value of wearing a mask, but doesn't think government should be able to mandate it

Meanwhile, as for Hills & Dales and the two other bars, there is no timeline on when they will reopen. Vitek said he will keep monitoring the numbers.

RELATED: Wait times at some Texas MedClinic locations are more than 24 hours. This is why.