Gather your flock: San Antonio Zoo will soon be back open for business

Governor Greg Abbott announced zoos can reopen under Phase II of his plan to reopen the Texas economy. 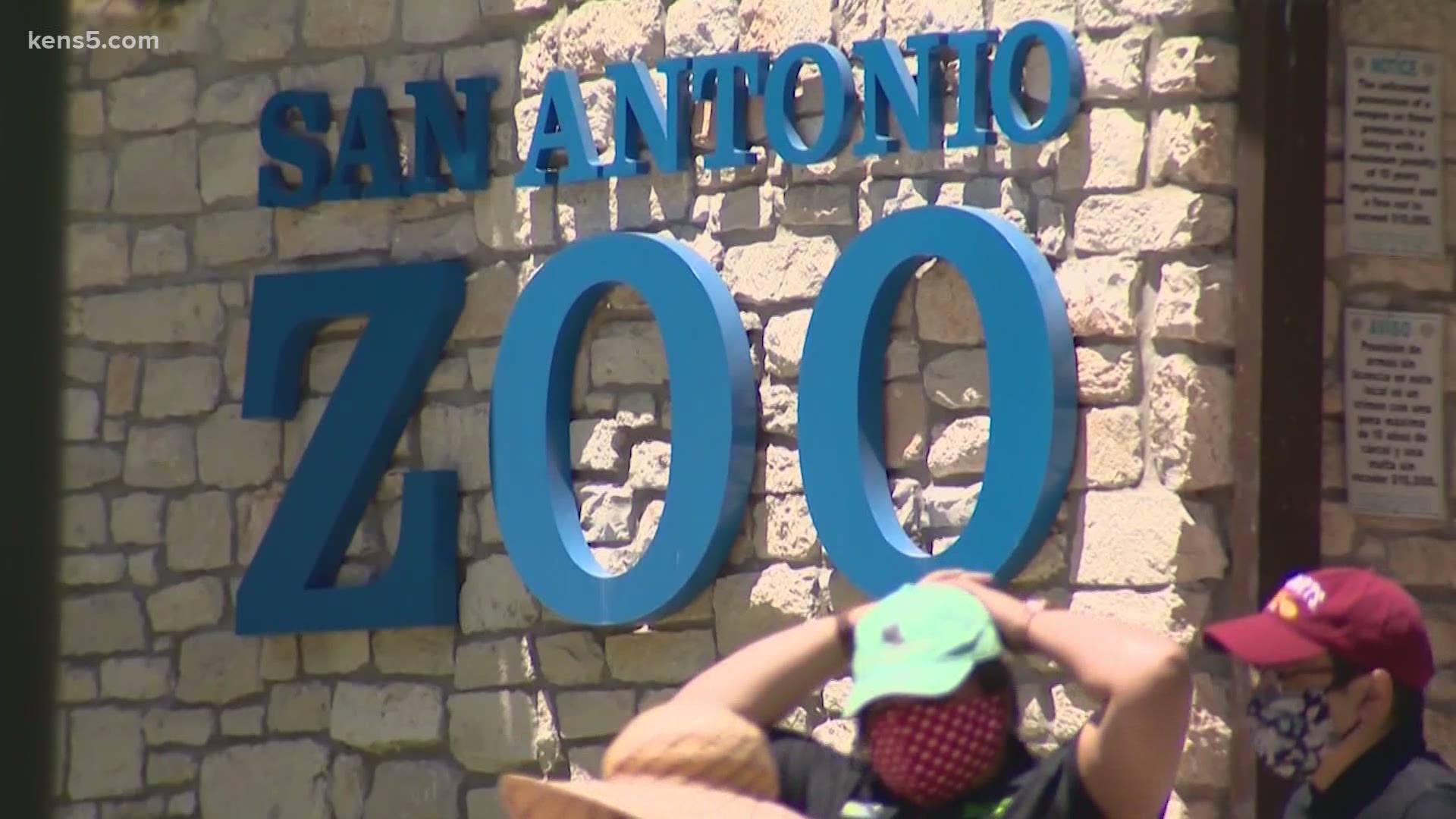 SAN ANTONIO — Even with generous donations from the community, and creative ways to bring in revenue, the last few months have been a struggle for the San Antonio Zoo.

“Unlike most zoos in the country, we depend 100 percent on ticket sales and grants and donations, we’re not supplemented by the city or the county or the state. So, we 100 percent depend on the public to really support us,” said Tim Morrow, CEO of the San Antonio Zoo. “During this pandemic, we've really been working the message probably better than we ever have, that we're a nonprofit. We really need help.”

Since the coronavirus pandemic forced the zoo to shut-down, no visitors means no revenue.

Plus, he said 60 percent of employees had to be placed on furlough.

“We dipped in emergency funds. We have extended loans with our banks. We've extended lines of credit. We've deferred loan payments on things,” said Morrow.  “You can plan for emergencies all you want, but nobody could plan for what we're going through now with basically a 100 percent shut down for going on over two months now.”

“So, closing and losing all that income was catastrophic to us instantly,” he added.

The zoo made national headlines with their creative way to stay afloat, drive-thru zoo tours.

“People talk about thinking out of the box. Our team doesn't believe that there is a box,” said Morrow.

Morrow said since the zoo started the drive-thru tours a few weeks ago, they’ve seen up to 1,000 visitors a day.

On Monday, Governor Greg Abbott gave the green light to reopen more Texas businesses in Phase II of his plan to reopen the state’s economy.

In that plan, zoos can reopen starting next Friday, May 29.

The whole staff was probably cheering because we've been waiting for this announcement for a while,” said Morrow. “We're finally starting to see the light at the end of the tunnel.”

Under Abbott’s plan, zoos can reopen at 25 percent capacity while implementing safety guidelines.

Morrow said that his team has been working on a reopening plan since the shutdown forced them to close.

When the zoo reopens, Morrow said it will be a more controlled environment where they will be limiting ticketing per hour, visitors will be able to travel only one way through the zoo grounds, social distancing rules will be in place, and some areas of the zoo will remain closed, like indoor exhibits.

“The 25 percent will put us a little bit behind, but it's better than zero percent that’s coming in right now, so we'll take it,” said Morrow.

Morrow said they are still working with the city leaders to confirm a reopen date, but they’re hoping to reopen on May 29.

He said they’re ready for their flock of guests to come back.

San Antonio Zoo
LET'S ZOO THIS! Just like the announcement of Simba to the Pride La... nds, today Governor Abbott announced that zoos in Texas can open beginning May 29th at a limited capacity. Ok, maybe it wasn't "just like that" but just as exciting regardless.

“Our culture is family first at the zoo and we treat each other like family. And, so we miss them like we would our own family members,” said Morrow.

“We really can't wait to greet them walking in with our families and their kids, and seeing those looks on the kids' eyes and hearing the joy in their voices when they see these animals for the first time,” he added.

Morrow said the drive-thru tours have been extended until Thursday, May 21.

Follow this link for tickets to the drive-thru zoo experience.