The owners of iRun said the Stay Home, Work Safe order has had a major impact on their business. 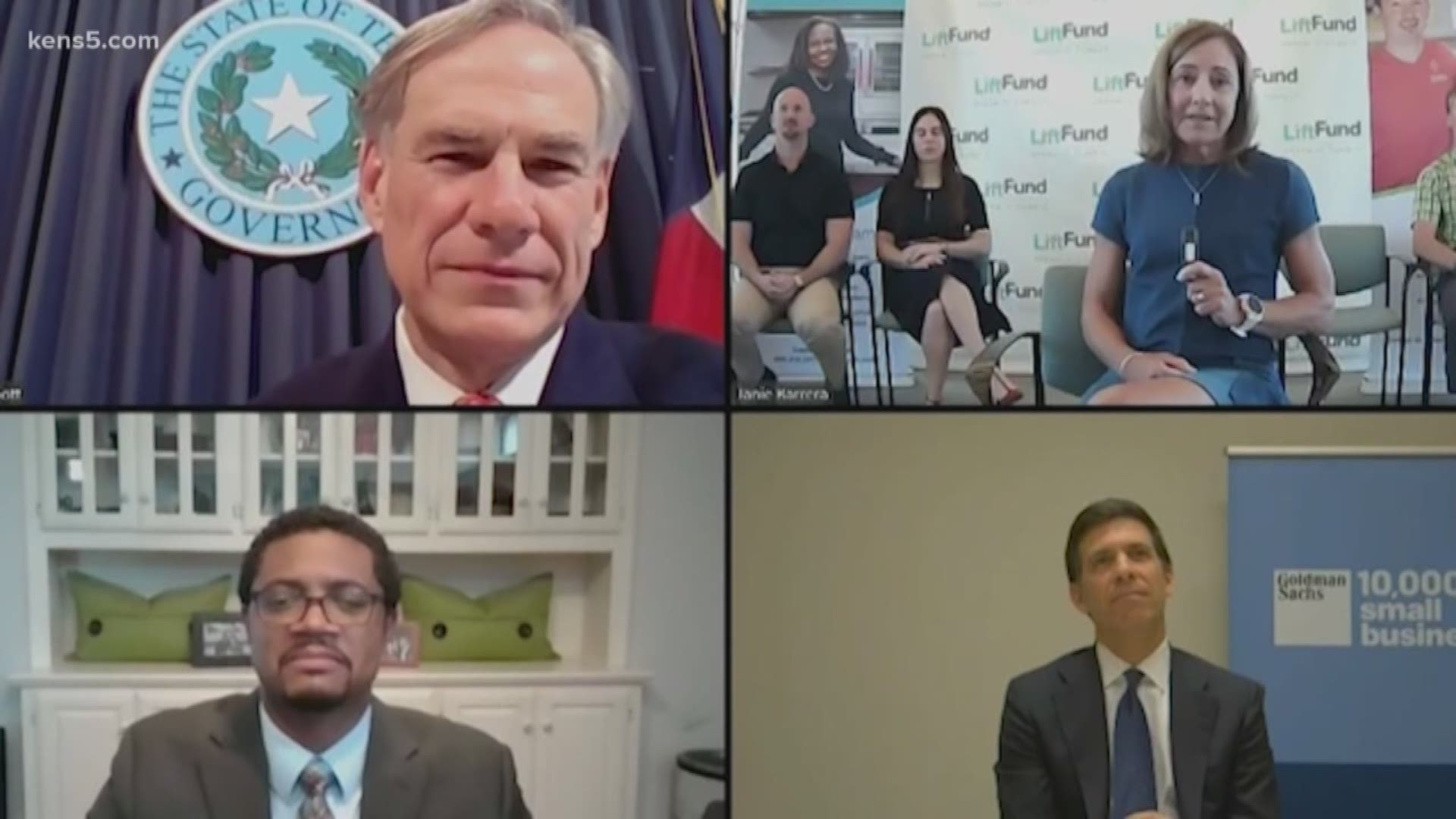 SAN ANTONIO — Governor Greg Abbott announced a lifeline for small businesses across the state on Monday.

Goldman Sachs along with LiftFund and other community development financial institutions are partnering to provide $50 million in loans to Texas small businesses.

Those businesses will be able to apply for a loan through the U.S. Small Business Administration’s Paycheck Protection Program.

Mitch and Michele Allen joined Abbott in a press conference held on Zoom.

The Allens own iRun, a specialty running store with three locations in San Antonio.

Michele said they opened their first store in 2009, and their second location in 2012, and just celebrated their 5th anniversary at their Dominion location.

One of their big concerns is how to keep paying their employees. The Allens said they had to let their part-time staffers go, but have kept their managers and full time employees on the payroll.

“We worry day to day how things are gonna go. We certainly don't have the reserves to keep doing that for a long extended period of time,” said Mitch.

“Our biggest concern with all of this is how are we keep them and be able to pay them. And so, you know, that's been heavy on our hearts. And how will they provide for themselves and their family? So this PPP loan has been huge,” said Michele.

The Allens are some of the first recipients of the Payroll Protection Program.

“If 75 percent of it goes toward your payroll…then it's a forgiven grant. And, we should make it through this just fine,” said Mitch.

San Antonio based LiftFund will distribute the majority of the funding to small businesses that qualify.

“We all agree that we want Texans on payroll not laid off, and these PPP loans will ensure that rather than having employees fired those employees in Texas will remain hired,” said Abbott.

RELATED: Coronavirus live updates: Over 80 million Americans should get stimulus money by Wednesday