Mayor Nirenberg declared a public health emergency after confirming the first case of coronavirus in the city from outside of the JBSA-Lackland quarantine. 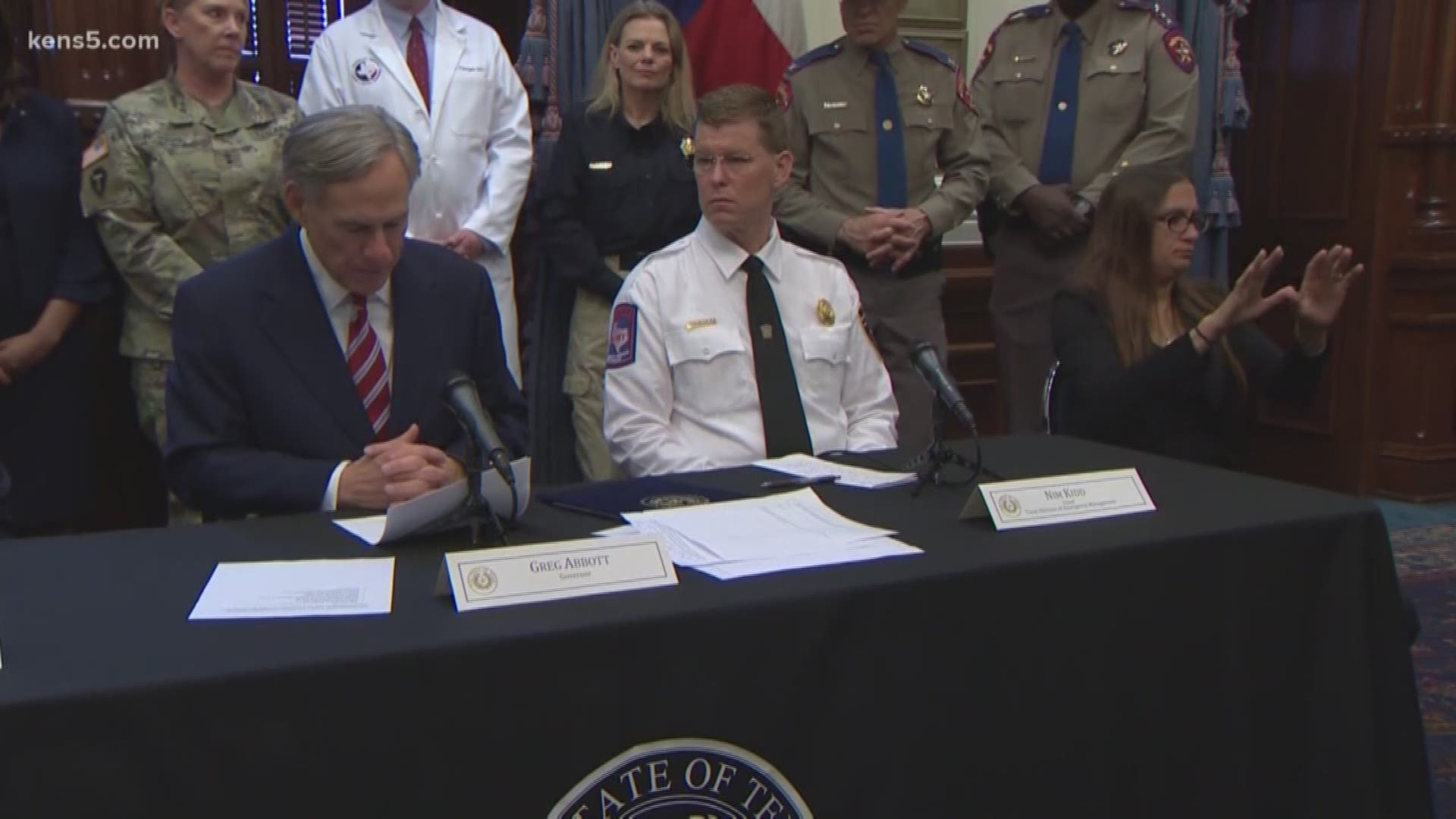 As of Wednesday, there are now two drive-thru testing facilities. One of them is at the medical center and the second is at an undisclosed location.

According to a statement from the governor's office, the drive-thru facility "will serve first responders, healthcare workers, operators of critical infrastructure and key resources, and certain high-risk patients. Other major cities are working to implement drive-through testing sites that will be run and managed at the local level."

During Friday's news conference, Abbott declared that the new coronavirus is a statewide public health disaster.

Texas currently has 75 confirmed cases of COVID-19, as of Wednesday.

Austin Public Health (APH) announced early Friday that two people in Travis County have tested presumptively positive for coronavirus. Hours later, San Antonio confirmed its first COVID-19 case outside of the JBSA-Lackland quarantine. In North Texas, 13 people so far have been infected with the virus.