Children are in the ICU, some of them on ventilators, officials said in a news conference Wednesday. Judge Nelson Wolff also had harsh words for Gov. Greg Abbott. 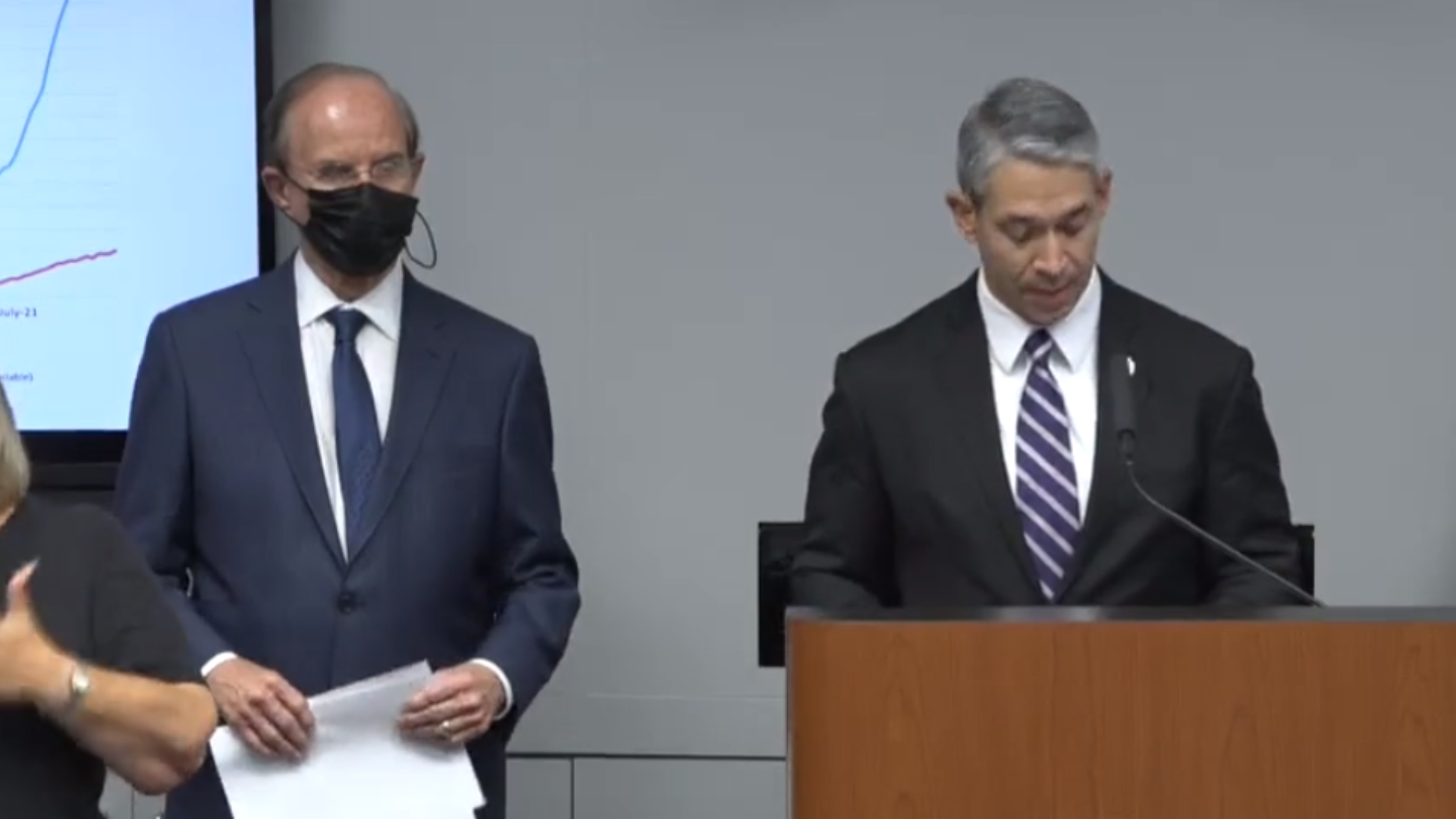 SAN ANTONIO — San Antonio Mayor Ron Nirenberg said in a news conference Wednesday that the COVID-19 level in San Antonio has reached severe. An emergency alert is expected to be issued to residents later in the day.

"Elective surgeries are being put on hold because COVID patients are once again holding up our hospitals," Nirenberg said. "88% of those hospitalized are unvaccinated."

Nirenberg said as of Wednesday, there are 12 new deaths reported and 62 others are also under investigation. He then addressed people who have doubts about the efficiency of the vaccine.

"For anyone who says that the vaccine doesn't work, take a look at that graph," he said, pointing to data showing the majority of those hospitalizations are people who are unvaccinated. 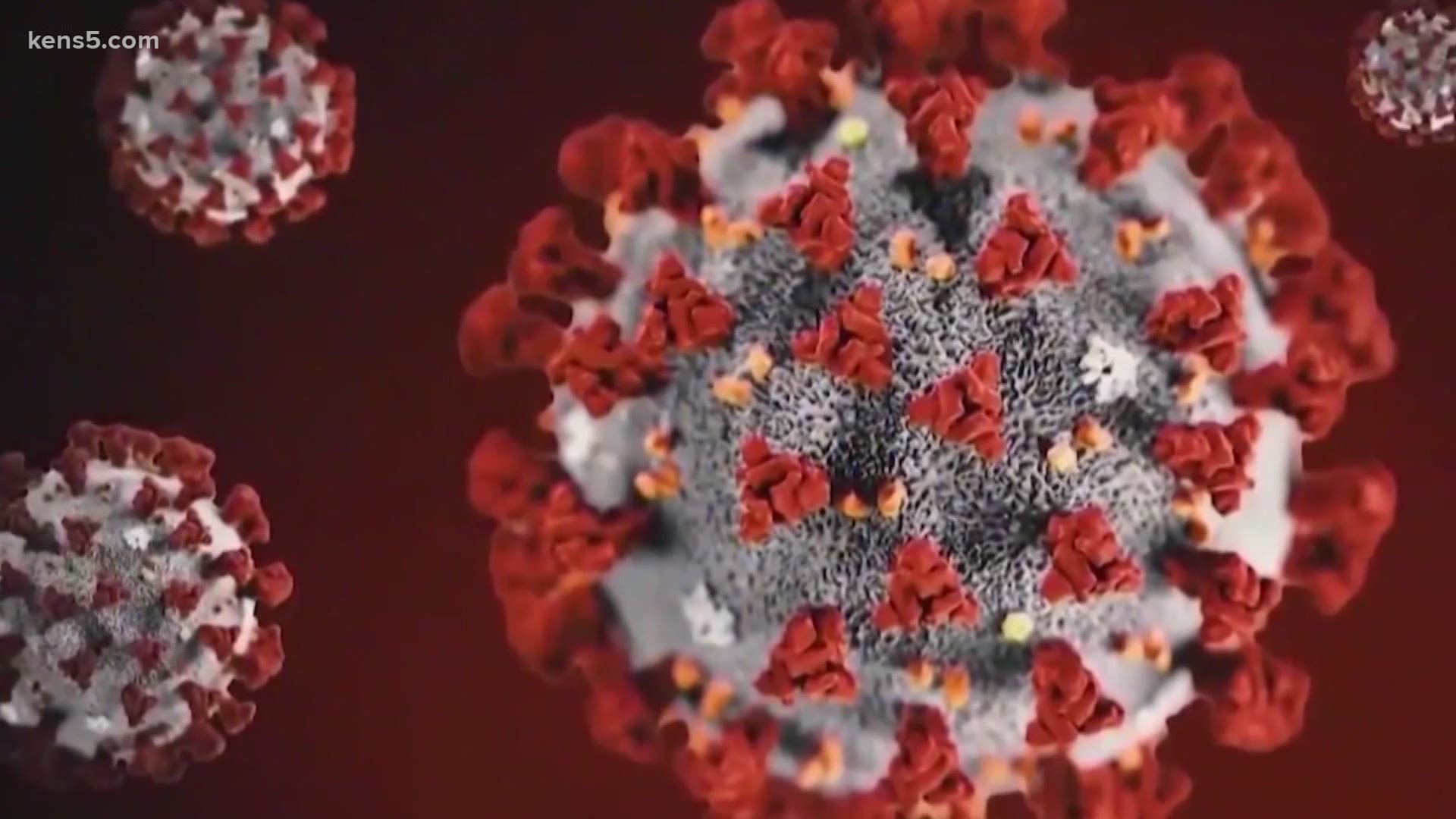 As he continued to share more about the dire situation the city faces, he stressed the grim reality of more tragic news to come.

"We do expect more deaths to be reported in the weeks following," he said. "In the meantime, mask up."

The mayor encouraged everyone who is eligible to can get vaccinated to keep hospitalizations as low as possible.

Happening now: @Ron_Nirenberg says the threat of COVID-19 in San Antonio has gone from moderate to severe. The second pic shows the trend of COVID cases has increased, more so for unvaccinated people. @KENS5 #kens5eyewitness pic.twitter.com/tbTEBQRhuq

"This time, we have the tools to fight back," Nirenberg said. "Vaccinated people aren't likely to get severely ill, but they can spread the virus."

Bexar County Judge Nelson Wolff pointed out that children should be at the forefront of people who are unsure about whether they should get vaccinated.

"We have an 11-month-old in the hospital right now," he said.

Wolff said 99.5% deaths in Texas so far have been unvaccinated people.

"Two simple things – it's up to the citizens to put out this fire: Mask up and get vaccinated!" he shouted.

Metro Health said the delta variant currently accounts for 88% of new COVID-19 cases. A representative said they have received lots of feedback from people worried about the side effects from getting a vaccine.

Dr. Charles Hankins, a local pediatrician, also spoke – saying there is a 4-year-old in the ICU on a ventilator. And he also said there are four children dealing with RSV on ventilators, too.

Dr. Hankins pointed out that a recent heart surgery, which was not elective, had to be postponed because of so many children needing care in the hospital. He said he expects the vaccine to be available for children under 12 sometime in the fall.

Judge Wolff expressed frustration over Governor Greg Abbott's executive order which prevents mask mandates in Texas and can potentially remove anyone serving in public office while also fining them.

"The only person who needs to be removed from office is the governor," Wolff said.

Metro Health said it recently met with school district superintendents to discuss the CDC guidance about masking for those not old enough to be vaccinated.

Metro Health also said if you are fully vaccinated and exposed to someone with COVID-19, you should follow the latest CDC recommendation which was announced last week – and that is to get tested three to five days after the exposure.