All In One Productions opened its doors in February and had to close early on due to the virus. 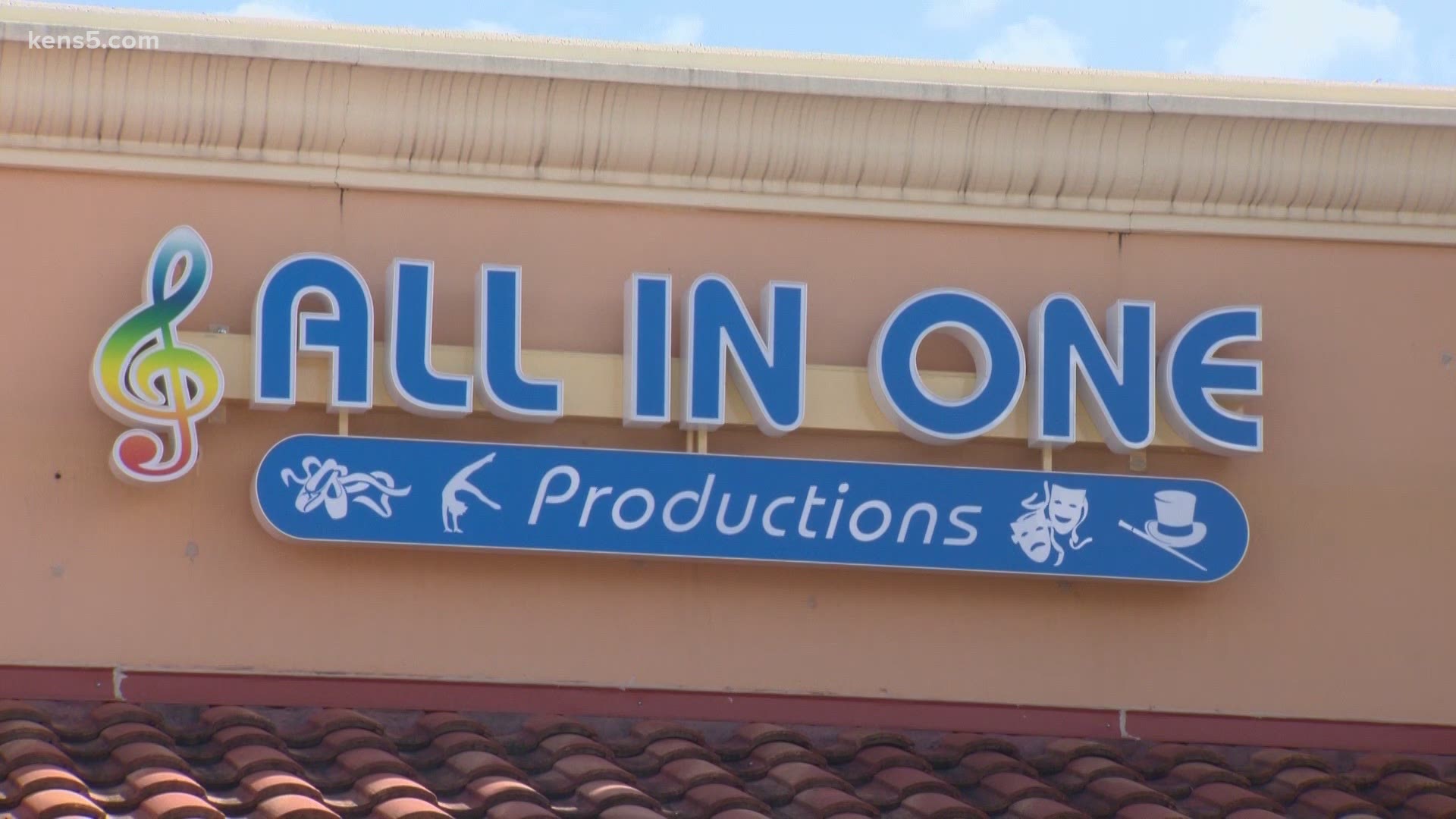 One San Antonio dance studio is among the thousands of businesses facing financial hardship during the pandemic.

All in One Productions, a variety-performance studio in Stone Oak, opened in February. But then the coronavirus led to its shutdown.

“We’re struggling because we’ve already depleted all of our savings,” said Laura Stiles, owner of All in One Productions.

The business opened again in June, but not for long.

“We were open for about a month and then we had to close again because of the spike in numbers in San Antonio,” Stiles said.

Stiles wondered and waited for another period, which she described as haunting.

“It was eerie walking in because there was no sound, no laughter. It was very dark,” Stiles said.

All in One Productions reopened in August and has since resumed classes with between 30-35 students whereas normal enrollment sits around 50.

Stiles understands not every parent may be comfortable sending their children onto the dance floor quite yet. That’s where amped up sanitation and safety protocols come into play.

Stiles dreads the thought of shutting down permanently like other businesses. She hopes an upcoming dance-a-thon helps give All in One Productions a big boost in overcoming the coronavirus.

“It’s so great to finally have that laughter in the studio again and that energy and the music and everything. That’s what a dance studio is about. They’re my second family. I don’t want to let them down,” Stiles said.

All in One Productions is located at 19239 Stone Oak Parkway.