San Antonio restaurants restricted, bars shut down due to coronavirus

An owner of four River Walk bars laid off 200 employees Wednesday as the city issues a new emergency declaration. 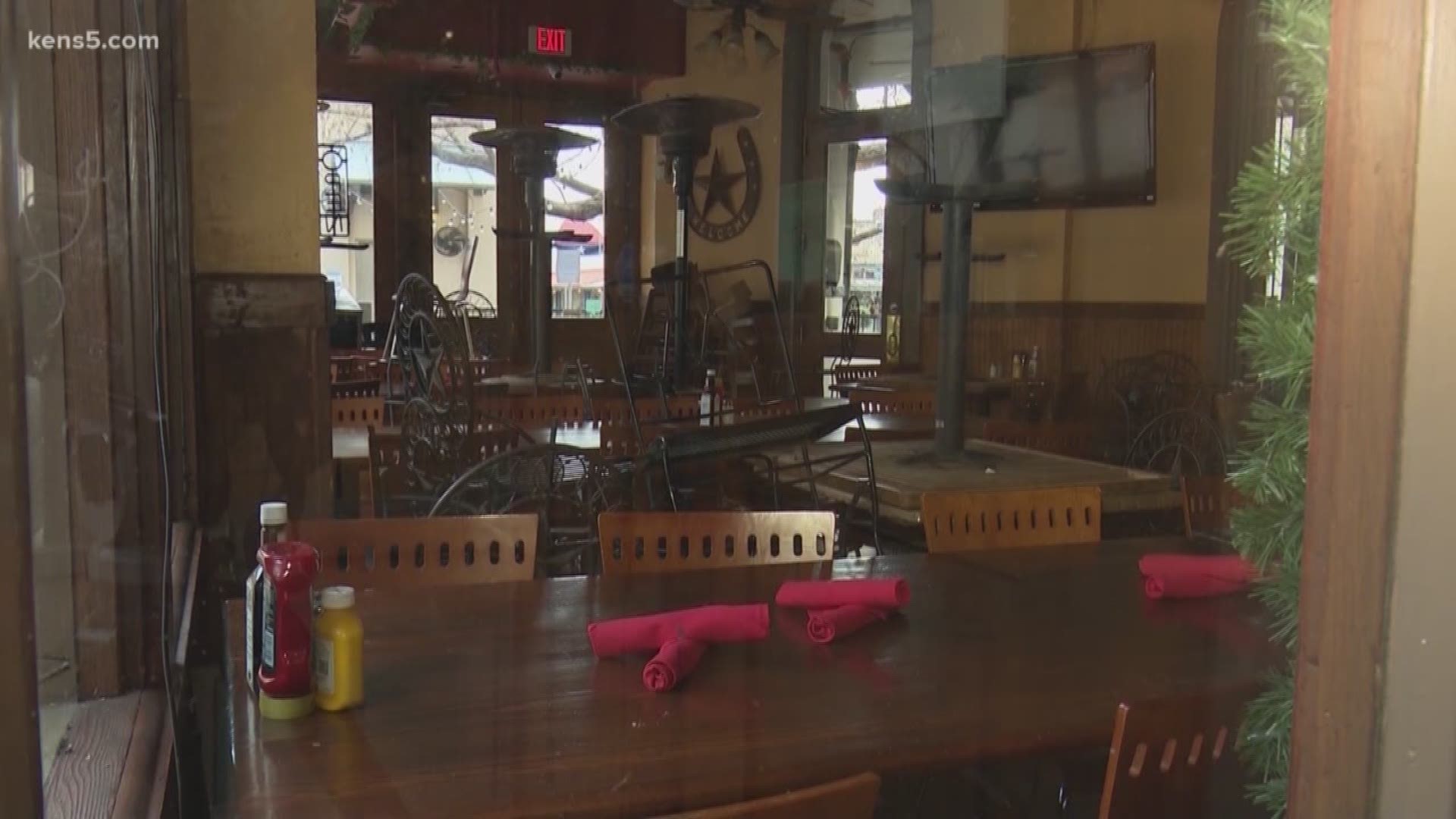 SAN ANTONIO — Signs of closures, and the empty streets and sidewalks of downtown an eerie sight for our city. Terry Corless owns four different establishments along the River Walk like Murphy's Sports Bar.

"It is apocalyptic, he said. "It is a surreal environment."

On Wednesday, he tearfully laid off 200 employees.  Several other River Walk establishments had already closed ahead of the midnight deadline.

"Parents are going home crying," she said. "Mothers of three kids are wondering what they're going to give their kids for dinner, tonight."

The second-oldest eatery on the River Walk, 'The Republic of Texas' left with no choice. William Grinnan, owner of the family-owned business, said he has never seen anything like this since they opened nearly 50 years ago.

"Economies get into this type of depression," he said. "You never think it is going to be in your backyard. But, today it is."

The mayor said Wednesday the new declaration lasts seven days. However, on Thursday the City Council voted to extend the bar and restaurant dining rooms for 30 days. He added for all of us to remain calm. He says the city is working on relief for San Antonians and hinted at an announcement on Friday.