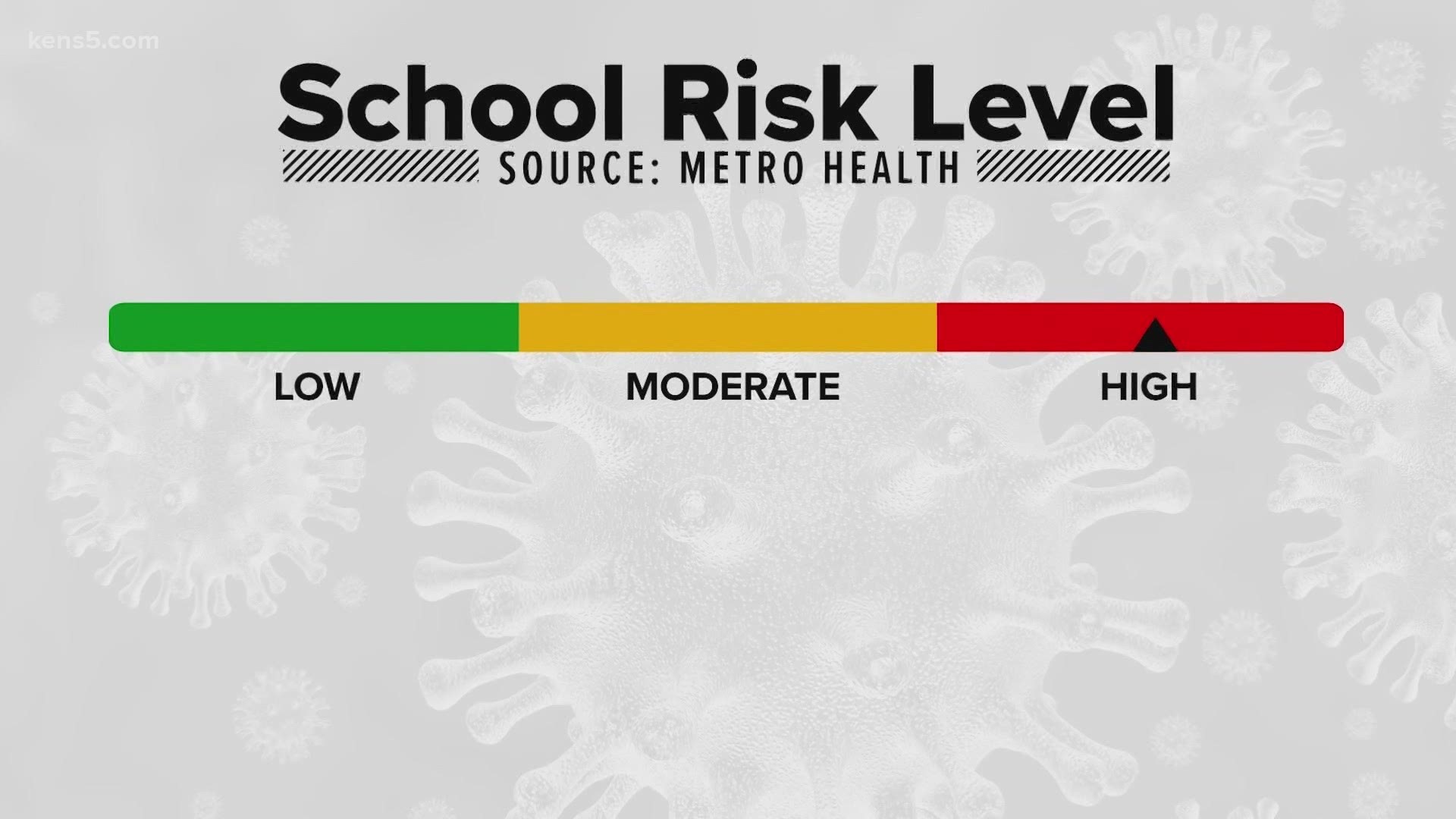 SAN ANTONIO — In Bexar County, school risk levels for the coronavirus have been raised to red, which is as high as you can go on the county’s measurement chart.

In-person learning is not recommended by San Antonio Metro Health officials, yet local school districts say they will stay the course.

“Our stance today is no different than it was right before Thanksgiving break. We have no plans to do away with in-person learning,” said Barry Perez, executive director of communications for Northside ISD.

“At the end of the day, you have to ask yourself, 'If my child goes to in-person classes, are they any more at risk for developing COVID?' Based on what we’re seeing -- and the fact there isn’t spread in the classrooms -- it’s a really safe place to be,” said Aubrey Chancellor, NEISD's executive director of communications.

According to Metro Health, there have been 1,074 confirmed positive coronavirus cases reported in Bexar County schools, with seven reported outbreaks.

“Our schools are safe. We have done what we can to implement measures and protocols that we are confident in,” Perez said.

Districts say they’re continuing to leave it up to parents to decide what’s the best for their children which means unless mandated by the state, they have no plans on shutting down.

“Ultimately it’s their choice. We can show them our cases, we can show them everything we’re doing but if they still don’t feel safe and want their kids in school we’re not going to make them,” Harlandale ISD Public Information Officer Mariana Veraza said.