'Get the vaccine, for the sake of everyone': SAFD experiencing higher patient transports amid COVID-19 surge

Chief Hood says if the rise in suspected virus transports continues, it will put more strain on city resources. 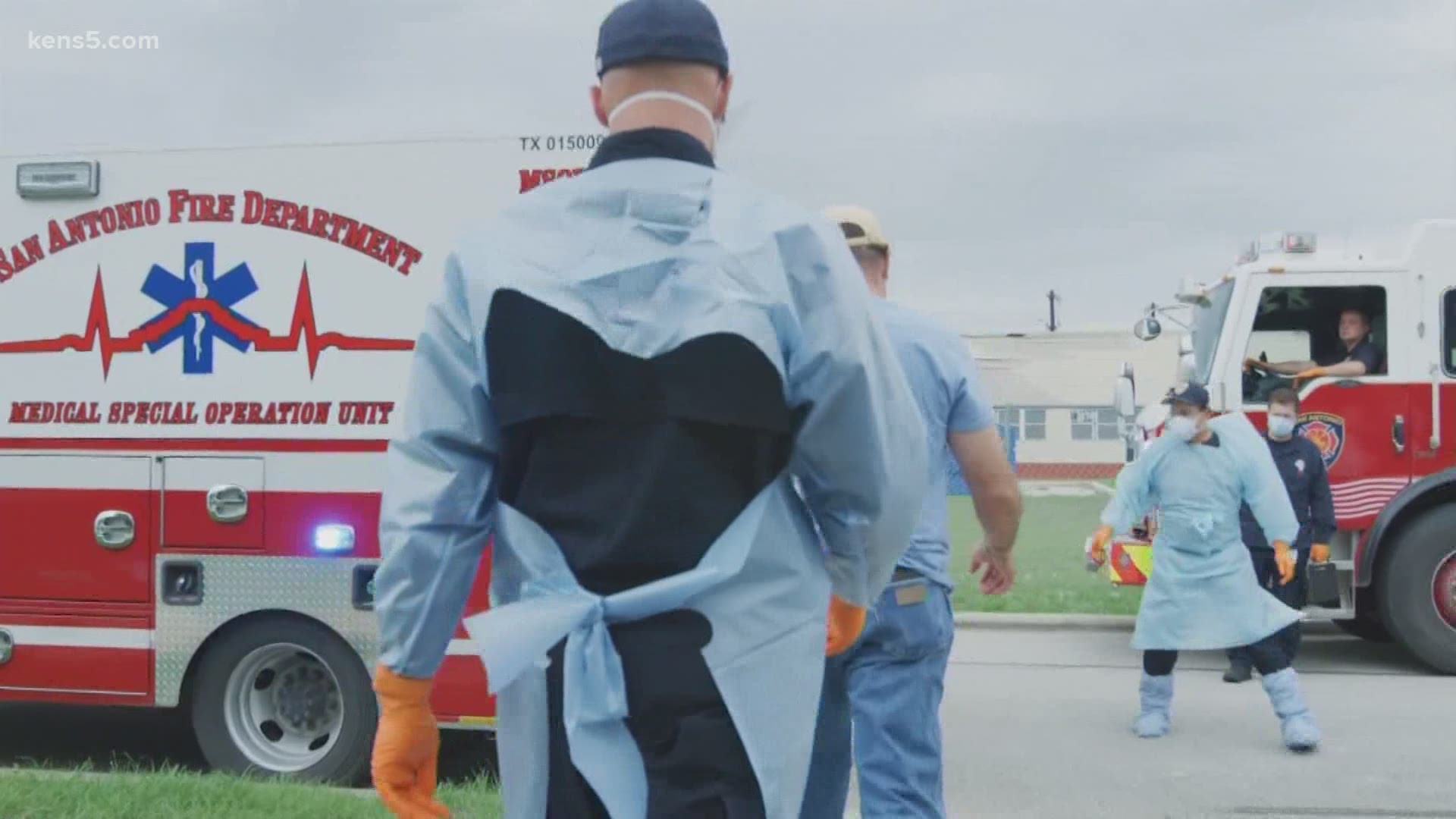 SAN ANTONIO — The San Antonio Fire Department's chief is urging people who are still unvaccinated to get their shots. He says the number of suspected coronavirus patients being transported to area hospitals are on the rise again and impacting their resources.

During the height of the pandemic, SAFD Chief Charles Hood recalled how the men and women of his department were stretched thin as they responded to calls for COVID-19.

Hood said that, ever since the vaccine rollout, city leaders have made tremendous strides in getting people access to shots. SAFD joined other city agencies in launching a program to help homebound seniors get vaccinated during the pandemic.

But despite the efforts to return to normalcy, he said vaccine skeptics have stalled the progress.

“It’s so frustrating, because this vaccine is available to people,” Hood said. “I had the opportunity to go to the (Alamo)dome almost every day. You saw the elation or people so jubilant to get that shot. Now I can go see my grandkids, now I can go do things, I have a lease on life. I don’t have to live in fear anymore. Those are the things you saw from people when they got that needle in their arm.”

According to SAFD, the number of suspected coronavirus patient transports is increasing again, reversing positive trends. Before July, every month in 2021 saw SAFD reporting increasingly lower numbers of suspected COVID-19 transports amid vaccine distribution efforts. But July saw an uptick, with 234 transports so far, compared to 126 for all of June.

While this month’s number is nowhere near July of last year, when there were 1,020 transports, Hood is concerned that a troubling trend is emerging. He points to the numbers of transports in one day, Saturday, when the chief said EMS responded to 30 patients who likely were infected with the coronavirus.

“Out of these 30 that we respond to on Saturday, 16 were sick enough for us to transport,” he said. “Our numbers are creeping up exponentially.”

City leaders previously reported that more than 95% of patients in local hospitals are unvaccinated. Hood said if people who are unvaccinated continue to hold off, the hospital system will be further strained, in addition to SAFD resources.

Hood shared that his encouragement to get vaccinated is also directed to some of his firefighters. He said for their next recruit class for the fire department, first responders will be vaccinated.

“I say this to anybody who has not been vaccinated: You need to get vaccinated to protect yourself, protect the EMS system and the healthcare system,” Hood said. “We have to lead the way in making sure people get vaccinated.”