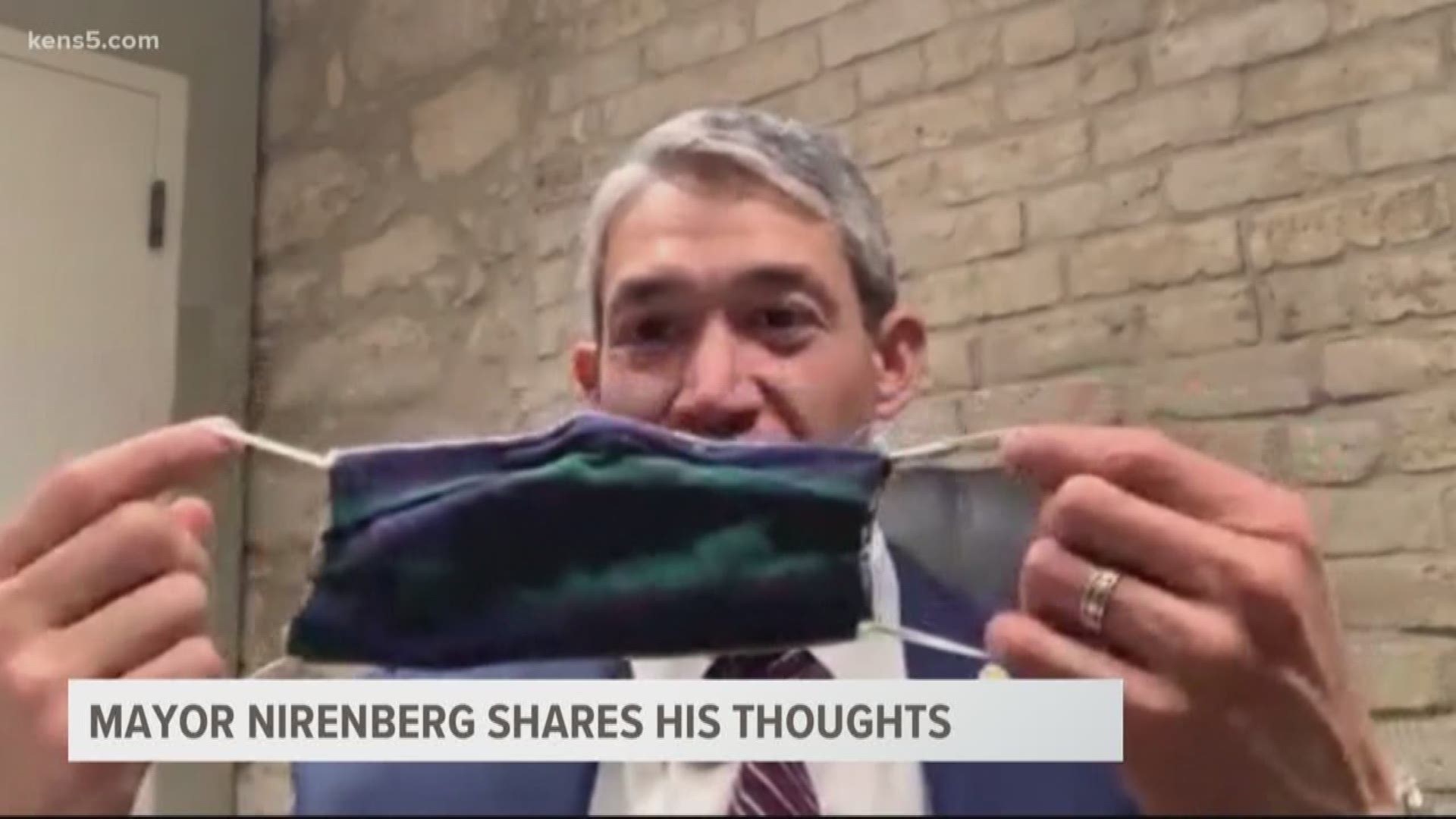 President Trump tweeted that he will be temporarily suspending immigration into the United States because of the coronavirus pandemic.

“In light of the attack from the Invisible Enemy, as well as the need to protect the jobs of our GREAT American Citizens, I will be signing an Executive Order to temporarily suspend immigration into the United States!” Trump tweeted.

It is not entirely clear what prompted the decision or what effect it will have on U.S. border operations and border crossings. He offered no details as to what immigration programs might be affected by the order. The White House did not immediately elaborate on Trump's tweeted announcement.

Two more VIA bus drivers have tested positive, bringing the total number of employees to five, including four operators. Officials say two are recovering at home, two have recovered and returned to work, and one is being treated at an area hospital.

VIA provided the following list of routes worked by the two drivers they learned about today.

Additionally, two deputies who tested positive for coronavirus have made a full recovery.

11 inmates who tested positive for coronavirus have been relocated to the 'Recovery Unit.'

These numbers are almost identical to Sunday's numbers.

DeWitt County is reporting its fourteenth case of coronavirus. The new case is also categorized as the county's first fatality. The exposure is presumed to have occurred in Victoria, but the mode of transmission is still under investigation.

A total of fourteen cases have been diagnosed in DeWitt County.

Health officials with the City of Boerne have confirmed two employees at a local health and rehabilitation center have tested positive for coronavirus.

Two employees of the Cibolo Creek Health and Rehab Center have reportedly tested positive for coronavirus. One of the employees is a City of Boerne resident, while the other is a Bexar County resident.

All staff members have been tested as a proactive measure implemented by the facility. The two staff members, who were not showing any symptoms, are self-quarantined and are being monitored by the Department of State Health Services.

No patients at the facility are showing any symptoms at this time and all are being tested.

Officials with the City of Floresville (Wilson County) have updated the number of positive coronavirus cases. There are a total of 22 cases, 8 of those have recovered, and there has been one death.

The Hays County Local Health Department has reported eight new positive coronavirus cases, bringing the total to 135 with 58 of those affected already recovered and out of quarantine and 76 current active cases.

Oil prices plunged below zero on Monday, the latest never-before-seen number to come out of the economic coma caused by the coronavirus pandemic. A barrel of benchmark U.S. oil for May delivery fell to negative $37.60 per barrel as traders sought to avoid owning crude oil with nowhere to store it.

Prices for other oil contracts also plummeted as storage facilities for crude approach their limits. The S&P 500 fell 1.8%, giving up some of the big gains from its first back-to-back weekly gain since February.

According to a recent report from Workforce Solutions Alamo, the unemployment rate in Bexar County increased to 4.2% in March, which is 1.1% higher than what was reported in February (3.1%).

"As President Trump stated last week, border control, travel restrictions and other limitations remain critical to slowing the spread and allowing the phased opening of the country,” Wolf said in a statement.

The San Antonio Fire Department released the following information about coronavirus cases within the department as of April 20:

Dunkin' of San Antonio is saying "thank you" to medical professionals and first responders by offering them free coffee. The company says it's their way of showing appreciation for local heroes working to keep our community healthy and safe.

The Trump administration and Congress expect an agreement Monday on a coronavirus aid package of up to $450 billion. It would boost a small-business loan program that has run out of money and add funds for hospitals and COVID-19 testing. President Donald Trump said Sunday the administration is "very close to a deal.”

The Senate is scheduled for a pro forma session Monday, but no vote has been set. The House announced it could meet as soon as Wednesday for a vote.

There were more than 759,000 confirmed cases of COVID-19 in the United States around 7:45 a.m. ET on Monday, according to Johns Hopkins University. There have been more than 40,000 deaths in the U.S., with more than 70,000 recoveries. More than 3.8 million tests have been conducted nationwide.