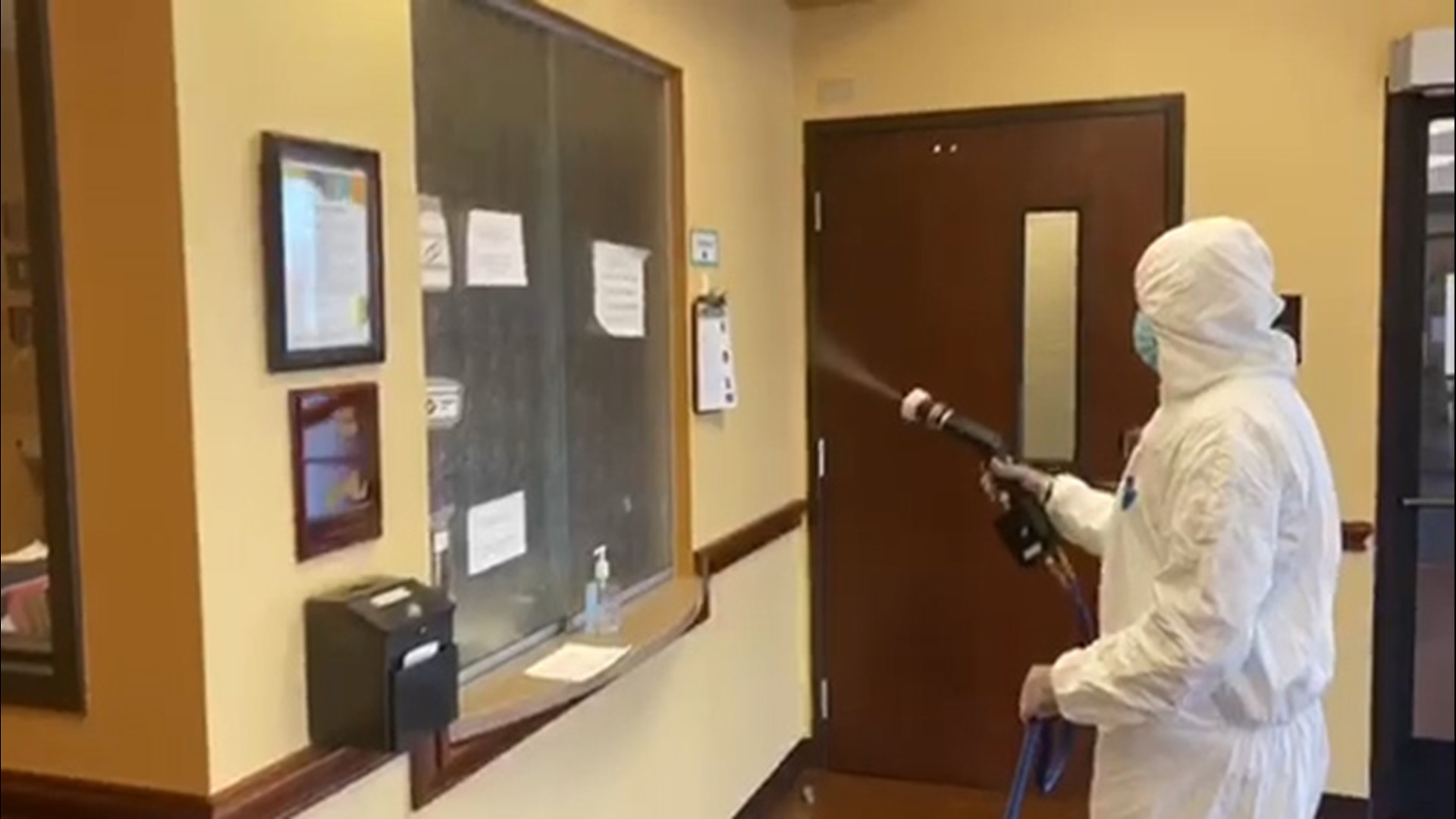 SAN ANTONIO — These are the facts:

While reporting the latest coronavirus figures, San Antonio and Bexar County leaders condemned the large gatherings of demonstrators that took to Austin streets on Saturday to protest ongoing stay-home orders.

Mayor Nirenberg called the actions taken by dozens at the state's capitol "reckless" and "careless."

Local leaders reported 33 newly-confirmed cases of the coronavirus in Bexar County, bringing the total in the metro to 992. Mayor Ron Nirenberg also reported an additional death from coronavirus complications, of a man in his 50s with underlying heath issues.

Meanwhile, 256 county residents have recovered from the virus, and 78 are currently being treated at a hospital.

Hays County reports four new confirmed cases of COVID-19 among residents in the community, bringing the total there to 125. Fifty-four have recovered.

Dozens of protesters took to Austin streets to protest ongoing social distancing guidelines, one day after Gov. Abbott announced the first steps in his plan to re-open businesses across the state. It's one of several similar protests that have unfolded across the country, and was promoted by Austin-based InfoWars.

As of this morning, Comal County's Office of Public Health has received reports of the following test information:

The county also announced it has set up a hotline for residents to call with coronavirus-related questions and local restrictions. The number is (830)221-1120, and is available between 8 a.m. and 5 p.m., Monday through Friday. You can also go to this website for information.

There were more than 706,000 confirmed cases of COVID-19 in the United States around 7:45 a.m. Saturday, according to Johns Hopkins University. There have been more than 37,000 deaths in the U.S. and 59,000 recoveries. More than 3.5 million tests have been conducted.