President Trump says he is suspending all immigration to fight the coronavirus pandemic, save jobs

The President tweeted late Monday night that he was temporarily suspending all immigration "in light of the attack from the Invisible Enemy." 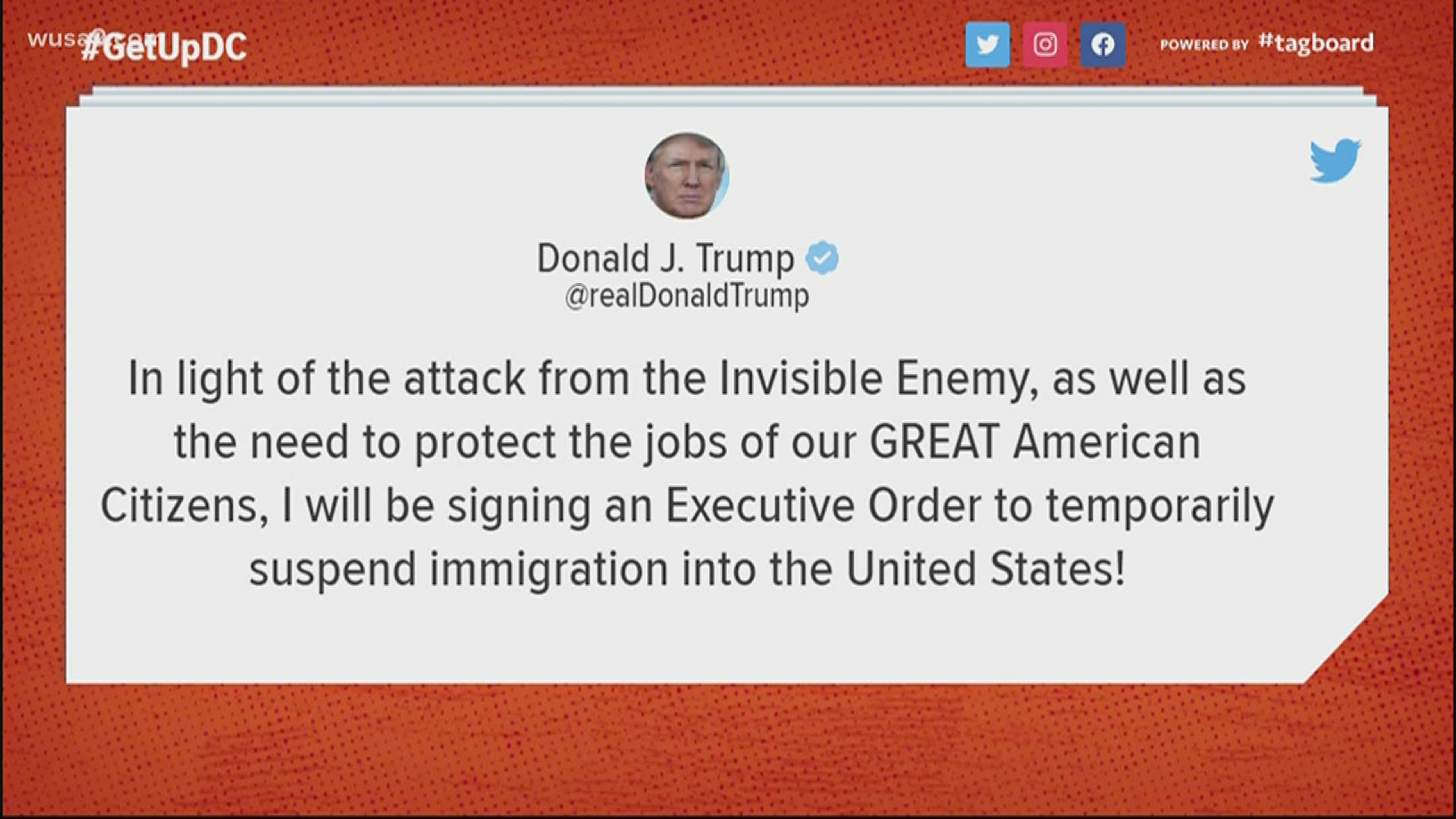 WASHINGTON — President Donald Trump announced via tweet Monday night that he was planning on suspending all immigration into the United States due to the coronavirus pandemic.

The President’s tweet, which did not include a timetable for the action – or details about how it would be enforced – was sent just after 10 p.m. EST. In it the President stated his rationale for halting immigration was the “Invisible Enemy” – a phrase he has used to describe the coronavirus in the past – and to “protect the jobs” of American citizens.

It was not clear when such an order would go into effect, or whether it would affect those already in the United States on work or student visas.

The announcement drew swift condemnation from Democrats, including Texas Congressman Joaquin Castro, who described it as an "authoritarian-like move."

The move to suspend immigration is at odds with Trump's statements as recently as Monday afternoon that the United States was preparing to reopen “relatively soon” – perhaps even as early as May 1.

The White House’s “Opening Up America” plan calls for states to begin easing restrictions once they have seen 14-straight days of decline in coronavirus cases. Last week, Trump said "large sections of the country" could start thinking about opening, saying 29 states were at or close to the criteria to begin the process.

This is a developing story and will be updated as more information becomes available.

RELATED: 'It should not have been this difficult' | Maryland buys 500K coronavirus tests from South Korea