Pregnant with COVID-19: SA woman spent a week in the hospital in fear that her baby would get the virus

Christy Labastida said she feared going into labor after being infected with both the coronavirus and pneumonia. 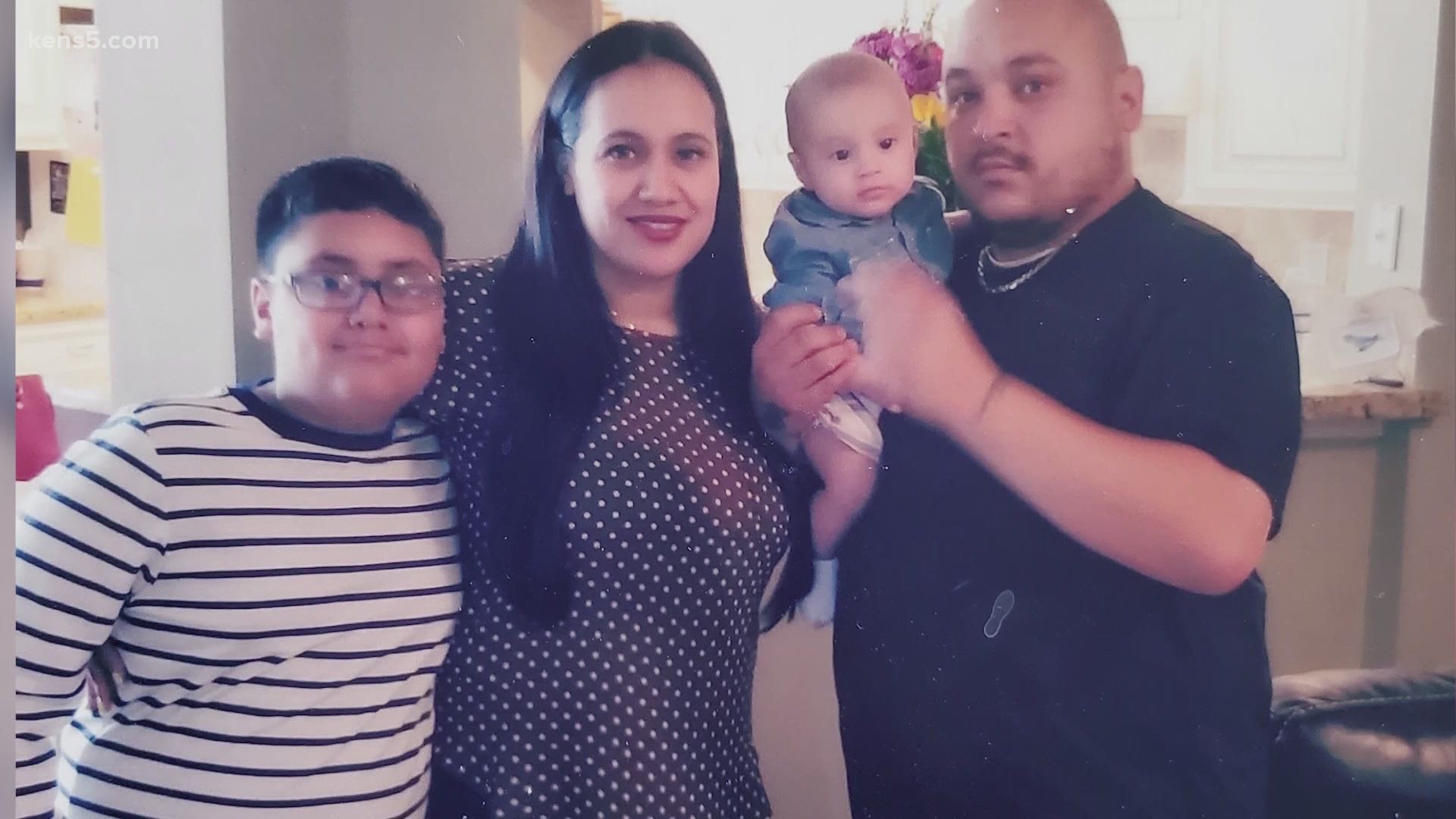 SAN ANTONIO — Christy Labastida had the scare of her life.

The mother of three is eight months pregnant with her fourth child and was recently diagnosed with the coronavirus.

“I don't know how I ended up at the hospital. I felt no breath. My bones were hurting so bad.  It felt like they were crushing, if that makes sense,” Labastida said.

Labastida said her fiancé has also tested positive for the virus.

“I think I got the worst, being diagnosed with the COVID, and then with pneumonia and me being eight months pregnant,” she said.

Labastida said she was rushed to the emergency room and spent a week at Methodist Hospital. Her biggest concern turned to her unborn son, whose life she was also fighting for.

The couple has named him Matteo.

“I think, he was the one that made me fight more, you know, just because he had to have his momma with him. I have to be here,”  Labastida said. “I just want him to be healthy. I just want Matteo to not have any issues.”

Dr. Alexander Kenton, director of the neonatal unit at Methodist Children’s Hospital, said the hospital has cared for other pregnant mothers infected with the virus, like Labastida.

“There are cases of babies getting infected after birth if they're born to mothers who are positive for the COVID-19 virus," he said. "But it does appear to be rare."

Kenton said babies who are infected with the virus show few symptoms.

“And, unfortunately, we don't have enough cases to really know what the true risk is,” he added.

A special NICU has been set up at Methodist Children’s Hospital to care for babies delivered from mothers who are COVID-19-positive.

Kenton said the Centers for Disease Control and the American Academy of Pediatrics recommends newborns be separated from their infected mothers, but it’s not mandatory.

He said hospital staff have a discussion with mothers to find the best option for them.

“I can't really ask the baby if he's happy. So, my goal is the best patient experience I can give, even given the current difficult circumstances," Kenton said.

He said if the mother chooses to be separated, the medical teams care for the child in the NICU area.

“If she refuses that separation, then the next step is we go ahead and have the baby in the same room as the mother. But the baby's supposed to be in an issolette – that's a plastic box – six feet from the mother," Kenton said. "And, as far as holding and feeding, we recommend that the mother use good hand hygiene and masks."

Kenton said they’ve cared for at least five babies born to mothers with the coronavirus, but only one tested positive for the virus after birth.

“The repeat test was negative. So, we're questioning whether that was even a false positive. None of them have been symptomatic."

Kenton said he does anticipate the number of pregnant mothers infected with the virus to increase in the coming months.

“I do expect to see some rise of mothers who test positive, but I don't think it will be the same degree of rise as we see in the general community,” said Kenton.

He said that’s because most pregnant mothers already take precautions to care for themselves and their babies during pregnancy.

“I would surmise that there's going to be lots of women who, when they find out they're pregnant, are going to abide more by the social isolation and masking than others,” Kenton said.

Kenton, who has been with Methodist Hospital for 16 years, said one of the most stressful issues is when it’s time for both baby and mother to go home from the hospital.

“It is psychologically quite difficult for new mothers – and fathers, for that matter – who are now faced with a situation where they're positive. The CDC and the AAP recommendations are to separate," Kenton said. "Yet, at some point, this baby has to be cared for by them and needs to go home."

He said the baby is tested twice before going home, and the mother must take certain precautions if she is still infected when returning home, like wearing a mask, gloves and a gown when interacting with the baby.

Although doctors advise against breastfeeding, Dr. Kenton said they do recommend that mothers pump their milk and feed their babies with a bottle.  He said they advise choosing breast milk over formula.

“We recommend that she can discontinue these things if she has been free of fever for 72 hours, and it's been a week since her symptoms developed or she's cleared if she has two negative tests, at least 24 hours before,” said Kenton.

But, right now, most concerning to Labastida is the health of her son when he is born next month.

“I'm hoping, I'm really hoping, that nothing of the virus or any of the sickness that I've gone through passes on to him,” she said.