Pfizer previously reported it would be ready to begin distributing vaccine doses nationwide within 24 hours of an emergency use authorization being granted. 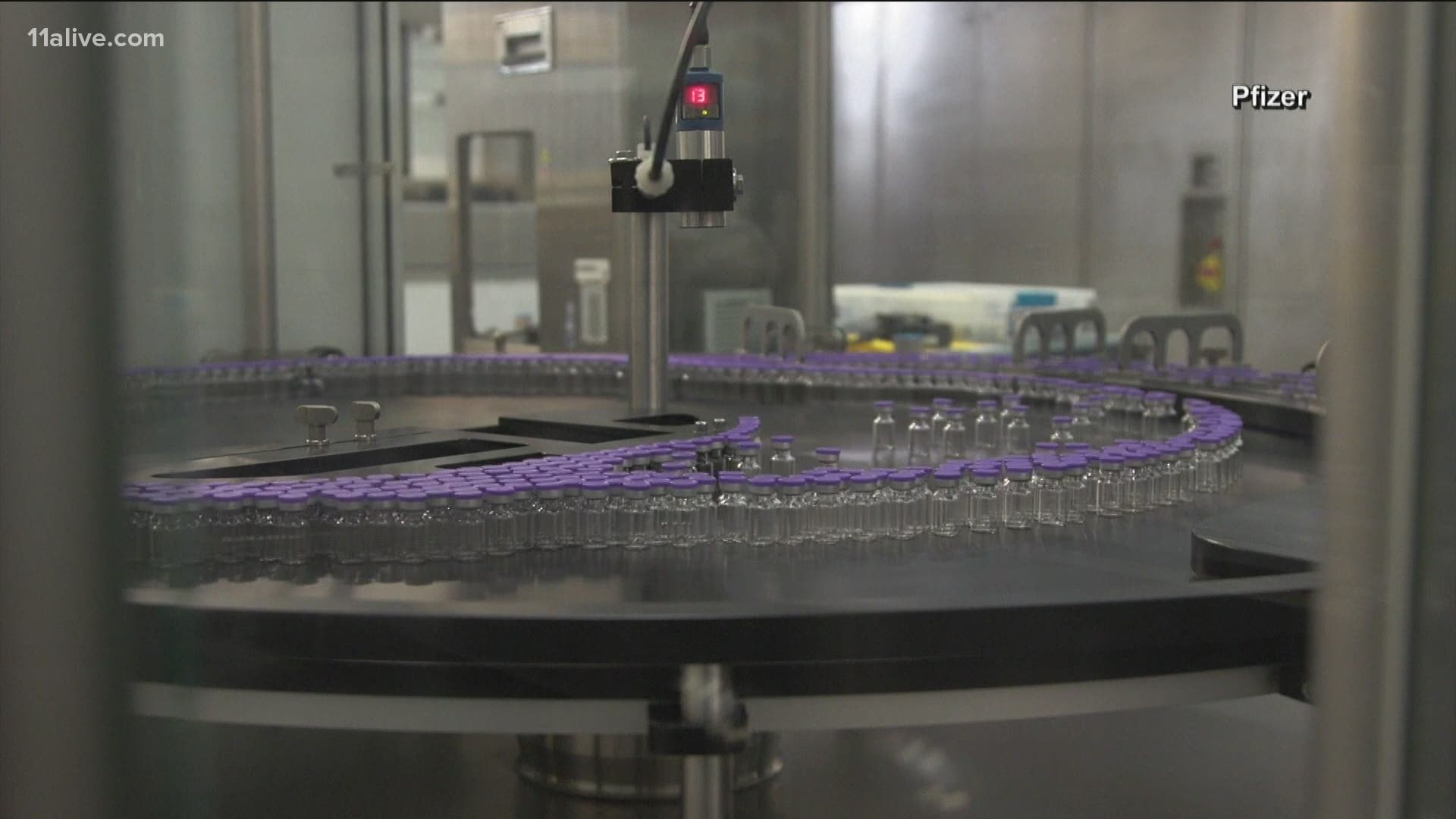 ATLANTA — Pfizer's COVID-19 vaccine has cleared a major hurdle that could lead to vaccinations beginning in the coming days.

On Thursday, a Food and Drug Administration (FDA) panel of independent doctors and researchers recommended the agency issue an emergency use authorization (EUA) for the vaccine.

The FDA was initially scheduled to vote Saturday on whether to issue a EUA. However, according to the New York Times, it moved the decision ahead of schedule with approval for the authorization being granted on Friday night.

Now that U.S. has given the go-ahead to the nation’s first COVID-19 vaccine, here's what's next.

The Centers for Disease Control and Prevention (CDC) Advisory Committee on Immunization Practices (ACIP) decision is set to follow.

The ACIP is the same committee that previously voted and recommended initial doses be offered to health care workers and long-term care residents and staff.

Originally scheduled for Sunday, the CDC decision would be the final hurdle before Americans could be vaccinated.

Dr. Ashley Hannings with the University of Georgia College of Pharmacy said before the FDA granted the EUA, the ACIP had announced it could move up its meeting to Saturday if the FDA in fact granted the EUA by 10 a.m. Saturday.

Late Friday, following the FDA's decision, the ACIP announced it would move its Sunday meeting to Saturday. A meeting agenda shows a vote on the Pfizer vaccine is expected to take place at 2:30 p.m. EST.

She took an interest in Friday's meeting, as she teaches UGA pharmacy students how to give immunizations and helps operate a mobile flu clinic in partnership with the University of Georgia's Health Center and Athens-Clarke County. Hannings said she will be involved with the expected immunizations in the Athens area.

She said a similar approval process to Pfizer's is expected to be repeated for any other COVID-19 vaccines.

"In fact, at today's meeting, it was announced that ACIP will be holding meetings on Dec. 19 and Dec. 20 to discuss the Moderna vaccine."

Within 24 hours of a EUA being granted Pfizer had stated they would be ready for a massive logistics undertaking.

Pfizer reports most doses will be shipped from Michigan. Trucks will haul shipments to airports from where the vaccine will be flown around the country. Back on the ground FedEx and UPS will then take over and complete deliveries. During the delivery process, GSP enabled thermal sensors will track shipments and make sure doses are kept at the correct temperature.

During Friday's ACIP meeting, the side effects of the vaccine were detailed.

"The most common one by far was pain at the injection site," Hannings told 11Alive. "Headache and fatigue were fairly common as well, but those can happen with a number of other vaccines."

Also mentioned were four cases in Pfizer's vaccine trials of recipients developing Bell's Palsy, or partial facial paralysis, but as of now, the CDC is not calling it a vaccine side effect.

"Not a large number so we don't necessarily really have any evidence indicating whether or not that was related to the vaccine or not," Hannings said.

The ACIP is still requesting more research be done on the vaccine, so known side effects can continue to be monitored and additional cases of conditions such as Bell's Palsy can also be tracked.

Hannings said it is expected continued research will lead to further federal advisories for use of the vaccine and more specifics on side effects in the coming months.

Editor's Note: This story has been updated to correct the dates of the ACIP's meeting about the Moderna vaccine, as the CDC's website was updated.