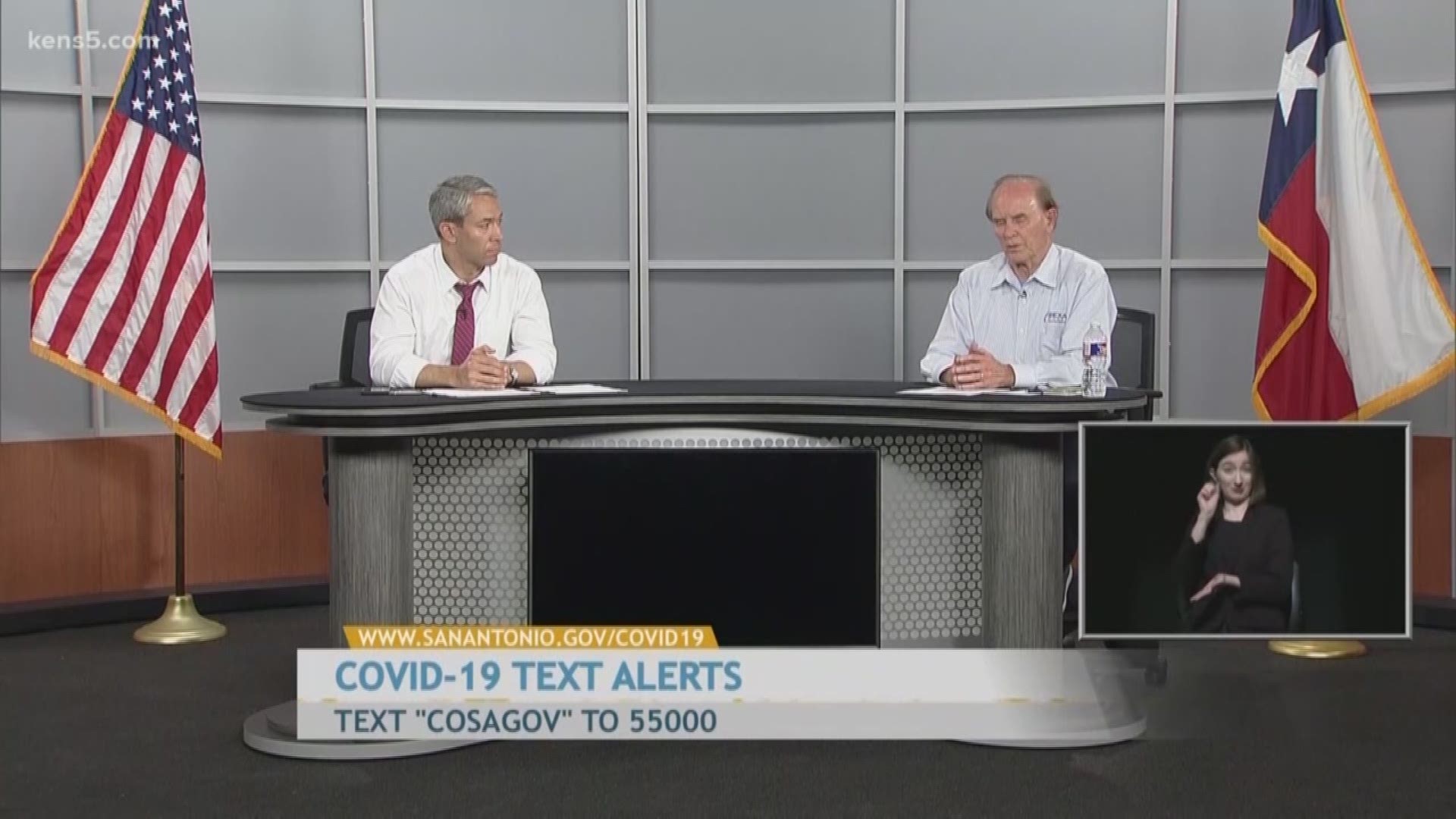 Officials say 59 "residents" at a San Antonio nursing home have now tested positive for the novel coronavirus. It is unclear if that number also includes staff members.

The development comes one day after authorities first announced they were made aware of an outbreak at the facility earlier this month.

"We don't want this to come out and scare everybody that these nursing homes are bad like this one was, they are not," County Judge Nelson Wolff added. "That doesn't mean something can't happen in one of those."

It was reported on Wednesday that there were 14 total cases stemming from the Southeast Nursing and Rehabilitation Center off East Southcross Boulevard, with both staff members and residents affected. A Medicare report on the facility shows that an October inspection of the nursing home yielded 28 citations related to health and general life safety.

In his Thursday briefing, Nirenberg said the number of total cases in Bexar County is now up to 254, with the number of community-transmission cases (82) outnumbering travel-related cases (79) for the first time.

The mayor said that the latest figure of 59 cases at the nursing home does not overlap with the 254 total cases, as they were made aware of that number late in the afternoon.

When asked if there would be an investigation, Nirenberg said they are currently in the middle of a "contact investigation."

"I'm confident those conversations and research will continue," he said, adding that another facility in San Antonio operated by the same company appears to be "operating as it should."

The mayor said staff is reviewing other nursing facilities in San Antonio with similar low ratings. They want to make sure they're using the best practices.

RELATED: Here's how churches are impacted by the Texas essential-services order

RELATED: Faced with having to homeschool your kids during the coronavirus pandemic? Here are resources and tips