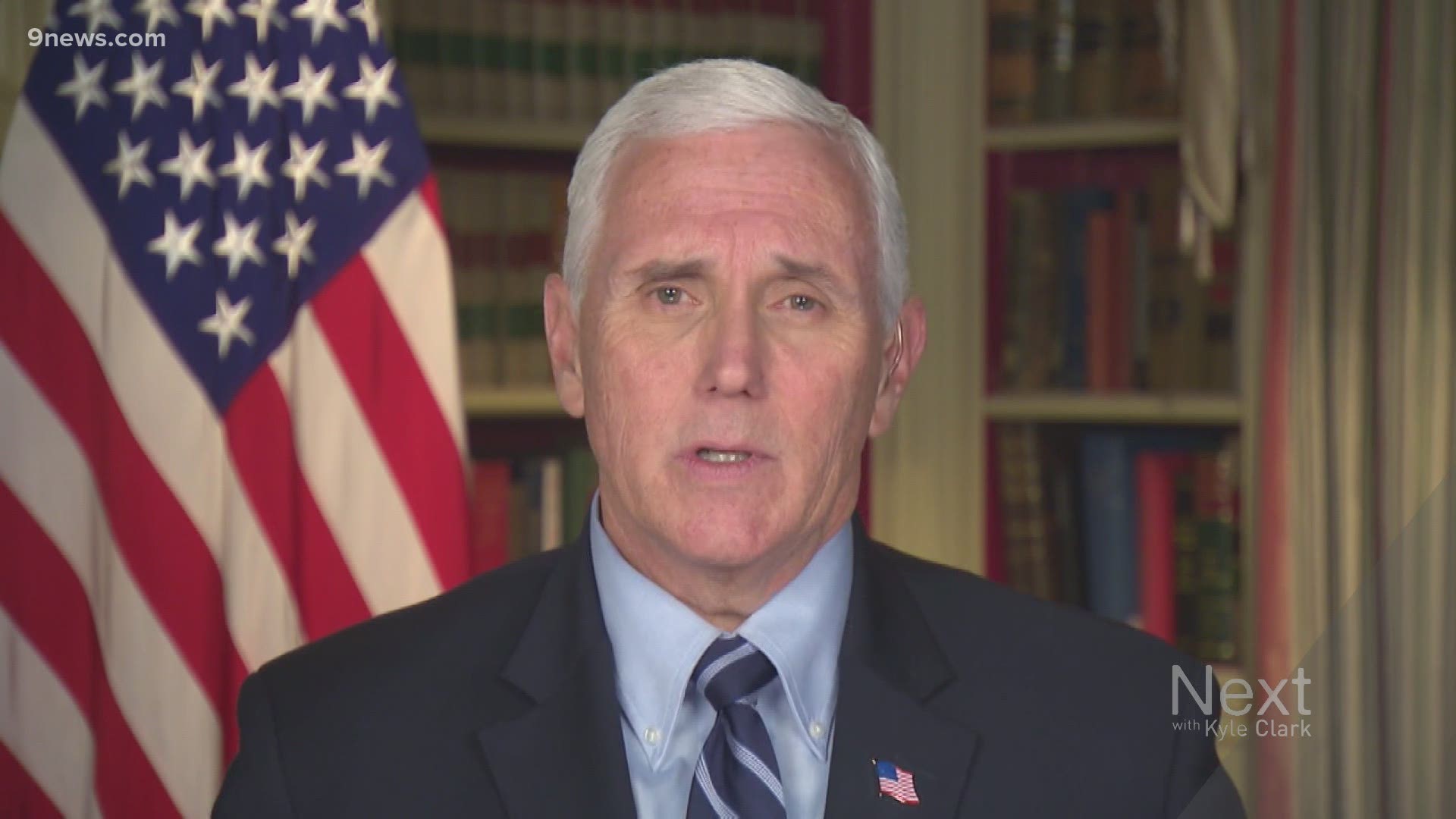 WASHINGTON — The Trump administration’s leading health experts on safely dealing with the novel coronavirus will be testifying in a Senate hearing by a videoconference this week after three of them and the committee's chairman were exposed to people who tested positive for COVID-19.

The images of top administration officials taking such precautions come as states seek to loosen economic restrictions put in place to mitigate the virus' spread.

RELATED: Pence keeping his distance from others after exposure to aide with coronavirus

In the Senate, a staff member for the office of Sen. Lamar Alexander, R-Tenn., tested positive for COVID-19, leading Alexander to decide to preside over Tuesday's hearing by teleconference while self-quarantining at home in Tennessee for two weeks.

As the health experts discuss the administration's response to the outbreak, lawyers for Trump will hope to persuade a Supreme Court with two of his appointees to keep his tax and other financial records from being turned over to lawmakers and a New York district attorney.

The justices are hearing arguments by telephone in a pivotal legal fight that could affect the presidential campaign. Rulings against the president could result in the quick release of personal financial information that Trump has sought strenuously to keep private.

On Thursday, a House panel hears from Dr. Rick A. Bright, former director of the Biomedical Advanced Research and Development Authority. Bright asserts that he was summarily removed from his job and reassigned to a lesser role because he resisted political pressure to allow widespread use of hydroxychloroquine, a malaria drug favored by Trump.

Perhaps most important of all the week's developments, the administration and Congress will be watching how businesses and consumers react as states gradually loosen restrictions that were designed to slow the spread of the coronavirus.

Decisions about how fast to reopen are being made with a general election less than six months away, and Trump and other incumbents face the prospect of seeking another term in the midst of a public health and economic crisis.

Mnuchin was one of several economic advisers the White House dispatched on Sunday to place the focus on the merits of loosening restrictions on the economy. Yet attention to possible risks of infection also turned to how the virus seemed to find its way into the White House complex.

Top task force officials who have gone into quarantine because of exposure to a person at the White House who tested positive for the virus include Dr. Anthony Fauci, the director of the National Institute of Allergy and Infectious Diseases; Dr. Robert Redfield, director of the CDC; and the commissioner of the Food and Drug Administration, Dr. Stephen Hahn.

Fauci’s institute said he was “taking appropriate precautions” to mitigate the risk to others while still carrying out his duties, teleworking from home but willing to go to the White House if called. Officials said both Redfield and Hahn will be self-quarantining for two weeks.

The precautions contrast with a president who has declined to wear a face covering in meetings at the White House or at his public events.

Kevin Hassett, an adviser to Trump and the former chairman of the Council of Economic Advisers, acknowledged Sunday it’s “scary to go to work” in the White House, calling the West Wing a “small, crowded place. It’s, you know, a little bit risky.”

Hassett said he wears a mask when necessary and practices “aggressive social distancing.” Appearing on CBS’ “Face the Nation," he said any fears are tempered by frequent testing, access to an excellent medical team and his belief that this is a time “when people have to step up and serve their country.”

The Senate will be in session this week. The House has not yet scheduled its return, as Democrats are determined to have a final coronavirus bill ready for voting before members are called back.

House Speaker Nancy Pelosi is also working behind the scenes to unify her caucus and finalize their opening coronavirus bill; the Senate is in wait-and-see mode, with Republicans divided on next steps.

The president says he’s not in a hurry to pass another economic rescue package. Trump economic adviser Larry Kudlow said that the administration is, however, talking with lawmakers from both parties about possible next steps.

“I think that many people would like to just pause for a moment and take a look at the economic impact of this massive assistance program, which is the greatest in United States history. That’s all that is being said,” Kudlow said on ABC's “This Week.”