More than 11% of those who received their first dose haven’t gotten a second shot, and more than 1 million people are more than 90 days overdue. 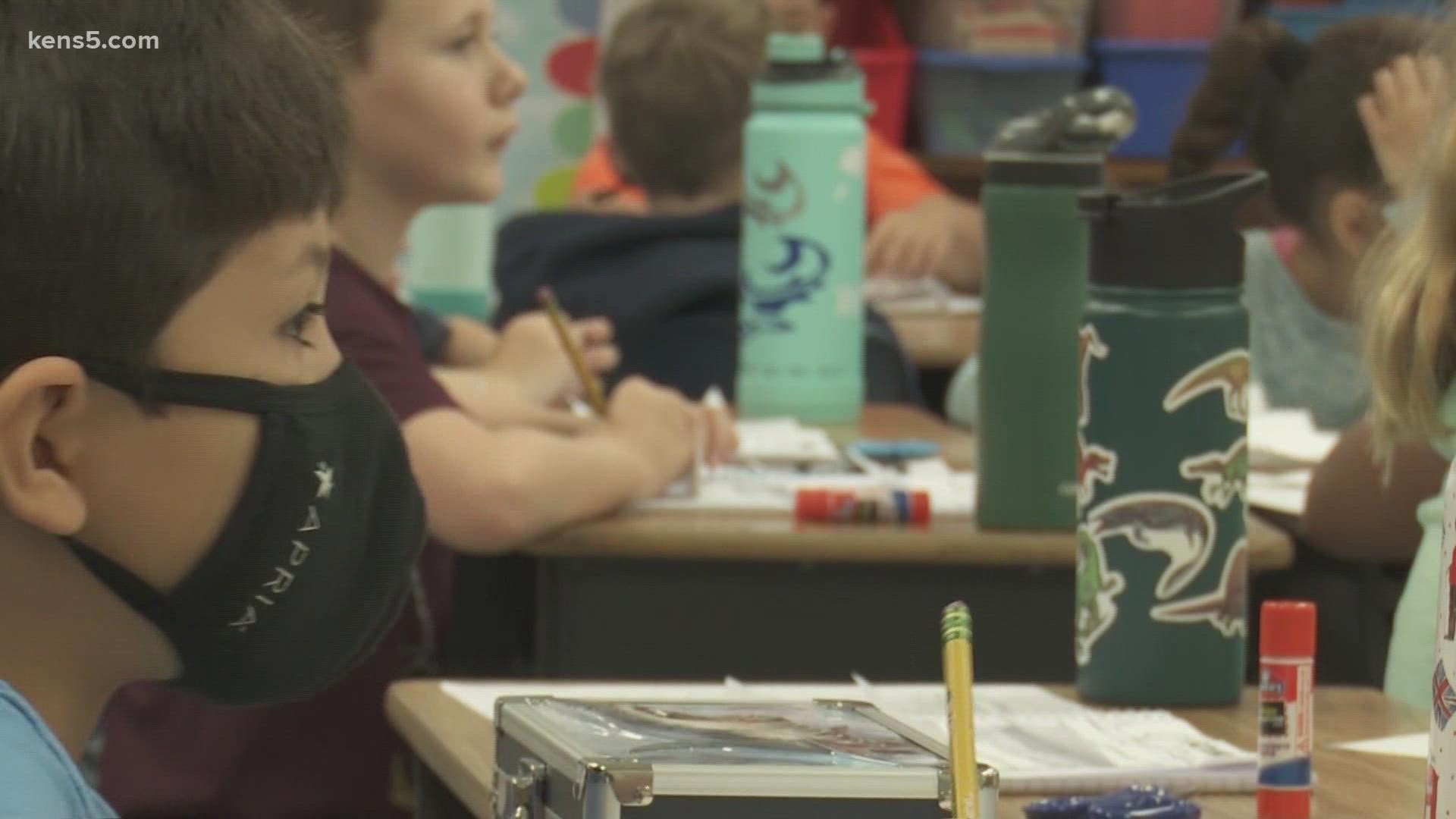 AUSTIN, Texas — When vaccines were first rolled out last year in Texas, Syed Raza received an unusual text message from a fellow doctor practicing in the Houston area.

The doctor had just received his first dose of the coronavirus vaccine and was scheduled to get his second shot later that month, but he was texting Raza to note he had been reading on the internet that he had “enough protection from the first dose” and didn’t need to get the second dose.

“I’m not sure what ‘stuff’ he was reading, but it was inaccurate. It doesn’t matter if people are fully trained physicians or have no training in science, it seems that we are all able to be fooled by these ruses,” said Raza, the vice president of medical operations at St. Luke’s Health in Houston, who is responsible for all aspects of isolating, treating and stabilizing patients with COVID-19 at two area hospitals.

“This is science. Vaccines work, and they work much more effectively if people get both doses,” he added. “Using emotions, or opinions people get off of non-reputable sources, is not helping.”

But a large number of Texans apparently have decided to stick with one dose of the two-dose Moderna or Pfizer vaccines: 1.89 million have missed their second dose as of Sept. 6, according to the Texas Department of State Health Services. More than 1 million of them are more than 90 days overdue for their second dose.

That means that of those who received a first dose, 11% haven’t gotten their second shot within the recommended time frame.

“Those numbers [confirm] a lot of what we have been seeing. We knew it,” said Dr. James McDeavitt, the executive vice president and dean of clinical affairs at Baylor College of Medicine. “It's problematic. It always has been, but it’s even more problematic with the delta variant.”

But second-shot hesitancy is equally concerning, especially as the highly contagious delta variant has sparked a new surge in cases and a sharp increase in hospitalizations and deaths. Against the delta variant, McDeavitt said, the effectiveness of one dose is akin to “not being vaccinated at all.”

“One dose originally gave you a degree of immunity, but it was probably in the 50 to 60% range,” McDeavitt said. “When delta started to emerge, it became very clear that one dose provides minimal protection. So if you've only gotten one dose of Pfizer or Moderna in the face of the delta variant, you are not much better off than if you weren't vaccinated at all.”

The Centers for Disease Control and Prevention recommends people receive their second dose three weeks after their initial shot of the Pfizer vaccine and four weeks after their first Moderna shot. But people who are more than 90 days past due for their second dose don’t have to start over: Other countries have allowed their citizens to go three or four months between doses, Raza said.

CDC guidance says a person receiving their second dose “earlier or later than recommended” is not cause for “restarting the vaccine series.” DSHS says a second shot will “bring increased protection from the virus” even if it is given more than 90 days after the initial dose.

“You just need to get the second shot. Your body’s immune system will remember you got the first shot and you should have a pretty significant immune response,” Raza said.

Raza was originally “surprised” by how prevalent second-shot hesitancy was. But as the pandemic has worn on, doctors flagged several reasons that it exists.

A small number, McDeavitt says, have been told by their doctors to not get a second shot because of a severe reaction to the first shot.

A larger portion of the partially vaccinated population, McDeavitt says, haven’t made time to do it or have other barriers like transportation to vaccination sites.

McDeavitt and Raza said others haven’t come back for a second shot because of growing apathy as COVID-19 cases declined in the late spring and early summer; the state vaccination rate plateaued late into the summer.

The state has administered 29.9 million doses as of Sept. 12. The number of doses reported each day may include doses from previous days.

Misinformation about COVID-19 and vaccines online also has contributed, they said.

“I think there was pandemic fatigue, to a large extent,” Raza said. “And so [people] basically said, ‘Well I'm not going to come back for my second dose. I already got my first, and based on that I have a certain amount of protection.’ In the interim, we’ve also had very intense anti-vaccine misinformation throughout the internet.”

During the current delta-fueled surge, 90% of all COVID-19 hospitalizations in Texas have been unvaccinated people.

The Biden administration’s order last week to mandate vaccines for federal employees and private companies with more than 100 employees could help overcome second-shot hesitancy for many people. The new policy requires more than 80 million workers nationally to be vaccinated or submit to a weekly COVID-19 test.

“All those factors combined I think are going to push people to become a little more compliant with a full vaccine regimen,” McDeavitt said.

Note: This story first appeared in The Texas Tribune.