Pastor Ron Arbaugh said the outbreak at Calvary Chapel of San Antonio started around June 24. He plans to reopen their doors on Sunday. 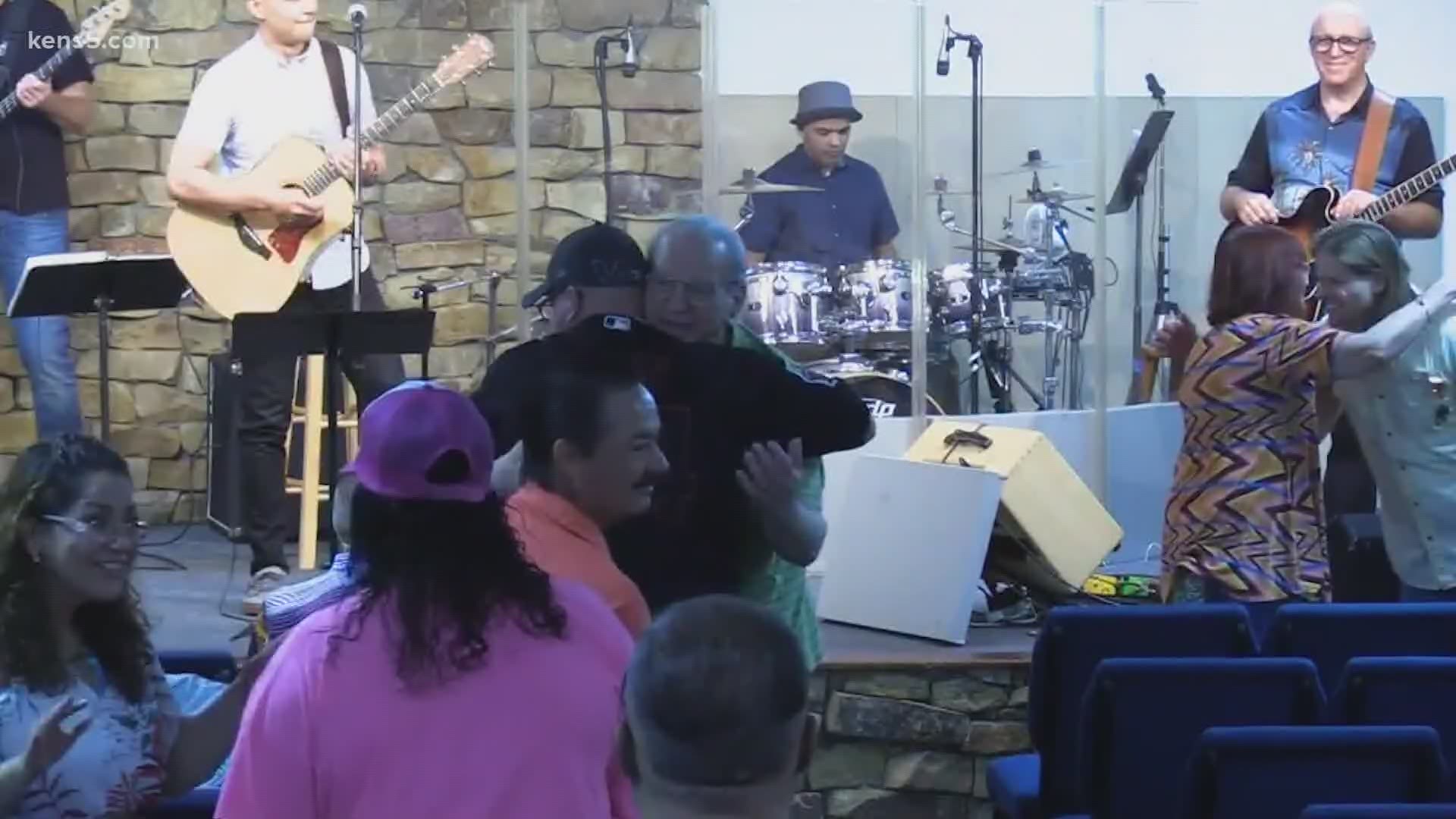 UNIVERSAL CITY, Texas — Wednesday, June 24 was when the coronavirus dam started to crack at Calvary Chapel of San Antonio. Pastor Ron Arbaugh recalls the notifications his members were starting to test positive.

"I went out and did the midweek service that Wednesday night," He said. " I just received five emails or calls from people who had tested positive."

The 69-year-old pastor said before he could make it into the pulpit, notice came that two more members at the Universal City church were also COVID-19 positive.

He made the decision to shut the doors of the church. The number of positive cases surged.

"It's in excess of 50," Arbaugh said. "Most of those people have now been safely through the quarantine period."

Arbaugh and his wife Paula were among those who tested positive. Their symptoms, he said, were minor to nearly asymptomatic.

But the rising number of positive cases from his 1200-1500 membership who worship in a storefront church left many pointing fingers at Arbaugh.

In fact, he's been accused of putting normalcy ahead of his flock. An assertion the pastor denies.

The church leader said no one in his congregation tested positive for COVID-19 during the government enforced shutdown for nearly nine weeks to fend off the virus.

When they returned he said attendance was at 40 percent. It grew to 80 percent. As the return continued Arbaugh believes the need for normalcy set in. So, he permitted church members to hug and shake hands.

He now regrets that.

"People were lonely. They were out of fellowship for all the weeks we were gone," he said. "So, I said if you want to hug it's ok to do it."

In retrospect, the pastor said he should have exercised more patience. He even apologized to his congregation for his decision and any suffering they endured.

According to Arbaugh, no victims died. No children connected to the church's school tested positive. Most of the victims, he believes, are 40 and up. Quite a few of those positive cases are members of his staff including the church doctor and school's principal.

The pastor said he is not aware of any contact tracing to determine the source of the outbreak.

"We haven't seen any contact tracing. Surely all of those people weren't infected here," He said. "But, certainly, some of them were."

A statement from San Antonio Metro Health said "We currently have widespread community transmission and every place/location that people have been in close quarters without practicing social distancing and use of face coverings is at risk for transmission/infection."

He expects a small number of members to show up for Sunday service. Those in attendance must wear a mask. The pastor said members will sit every other row to satisfy social distancing requirements.

RELATED: 239 scientists: Coronavirus can spread through air; urge WHO to acknowledge