A release said this person had a complex medical history and passed away while in hospice care. 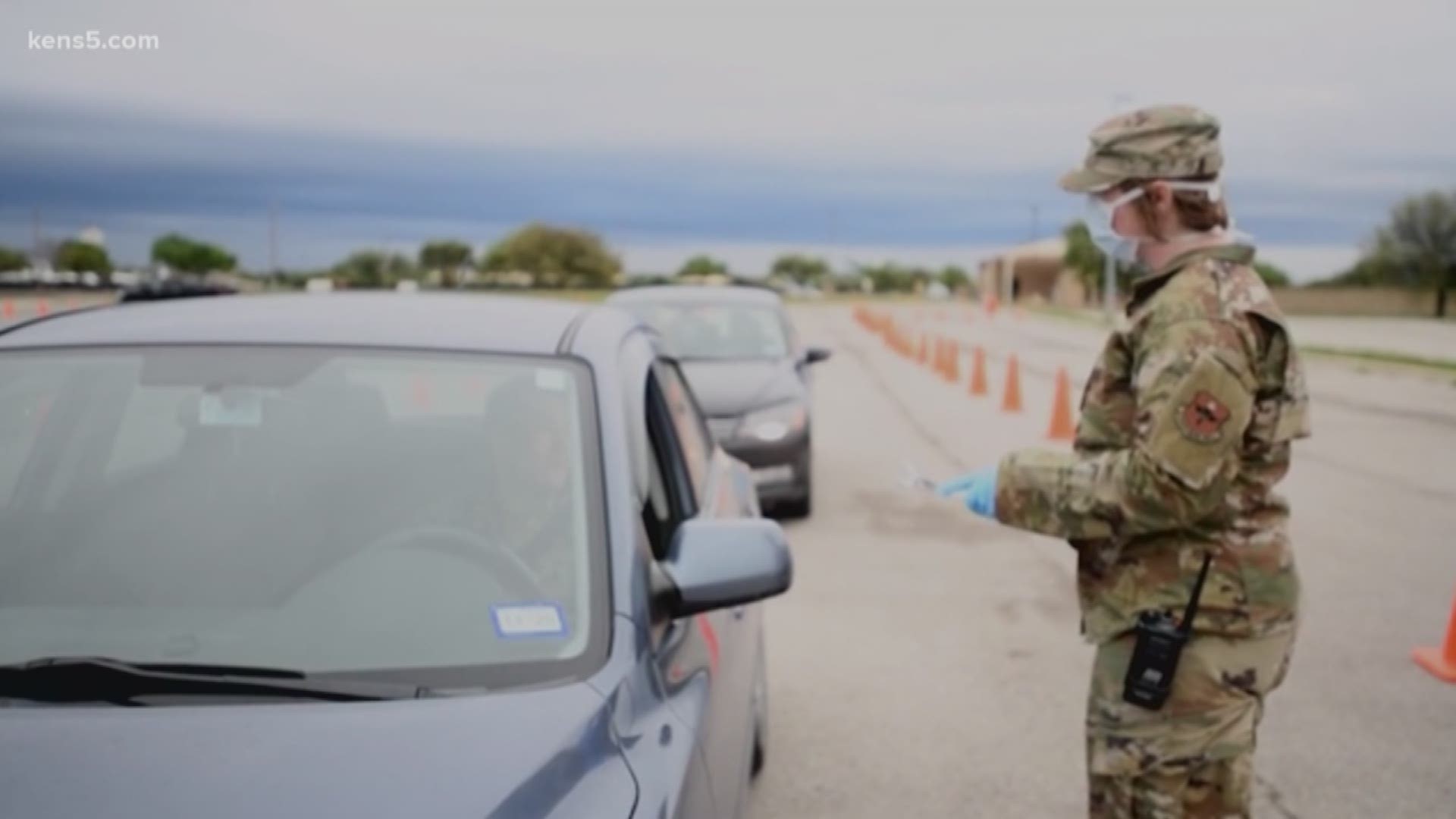 A retired military spouse in San Antonio has died of coronavirus as the total number of confirmed cases among Joint Base San Antonio personnel has risen to 15.

A release from JBSA said this person had a complex medical history and passed away while in hospice care. Contact tracing is underway by public health officials, and it is unclear if this is the same person identified yesterday as the first to die in Bexar County.

U.S. Army Reserve soldier is in isolation at home since testing positive after traveling to Japan. We will update this story as it develops.

One is A U.S. Army Reserve soldier assigned to JBSA-Fort Sam Houston, who recently traveled to Florida. The other is an unrelated retiree, and both have had their tests confirmed by the Brooke Army Medical Center.

The soldier is self isolating at home and the retiree is being treated at BAMC as officials try to trace their contacts with others.

Joint Base San Antonio officials have confirmed three more positive coronavirus tests from within their community.

According to JBSA, a U.S. Air Force reservist assigned to the base recently returned from leave in Seattle. He, along with two unrelated dependents, received positive test results from Brooke Army Medical Center.

As of March 20, there are seven confirmed cases of COVID-19 within the JBSA community. Thursday, base officials reported three confirmed positive coronavirus cases.

The latest numbers from San Antonio Metro Health show there are a total 29 people who have tested positive for coronavirus in San Antonio. It is unclear if the JBSA community members are included in that number.