'I knew they'd be there': Texas mom says family's visits outside her hospital window fueled her fight against COVID-19

Robyne Griffin, 61, became infected with COVID-19 in early January. Her health turned a major corner recently, and she says her family's love is the reason why. 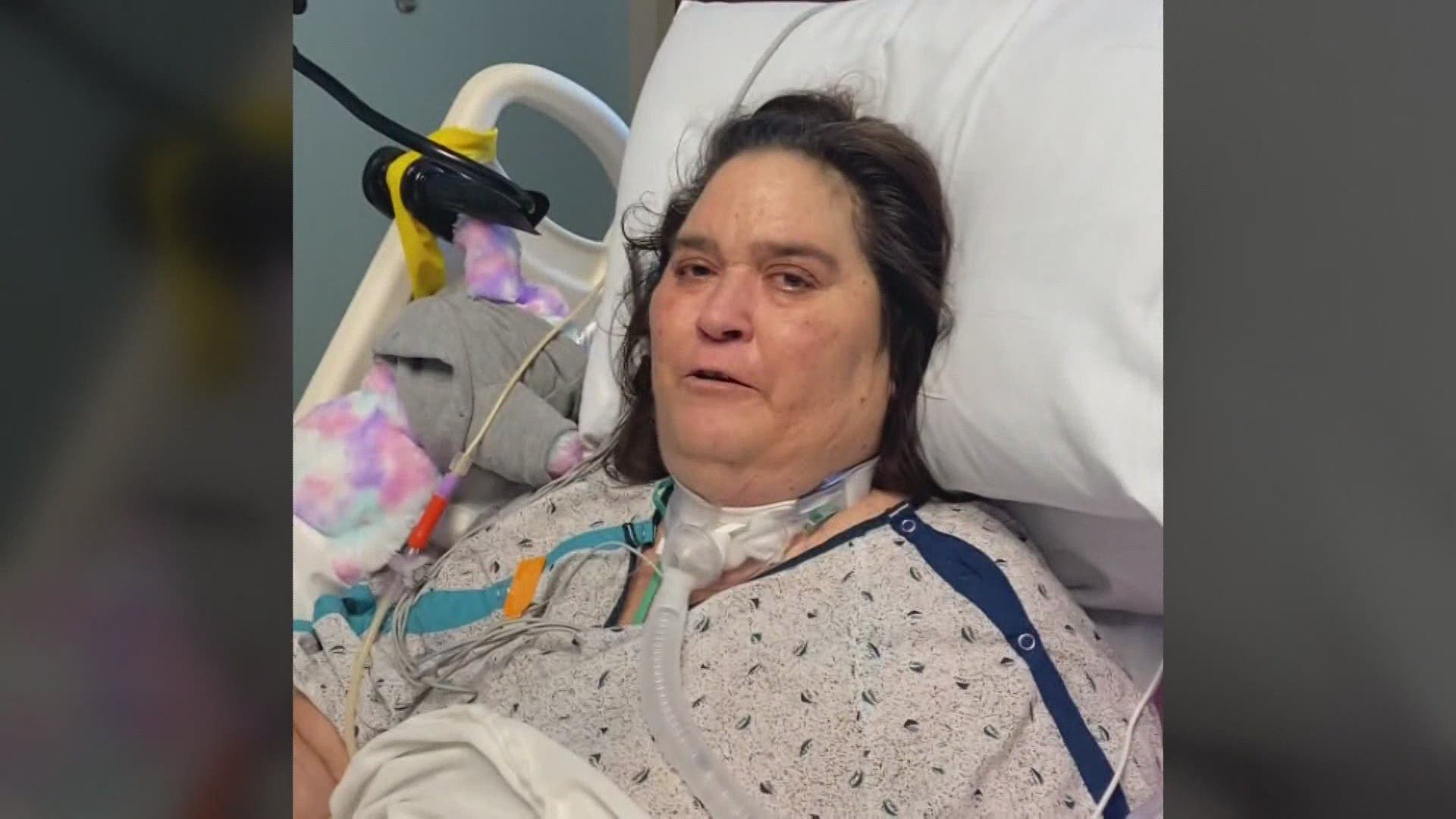 MESQUITE, Texas — Mother's Day will have a whole new meaning for a family in Mesquite after its matriarch, who's been hospitalized since January with COVID-19, pulled ahead of a bleak diagnosis.

Yet, it's all how 61-year-old Robyne Griffin explains she cornered the virus that will leave you speechless.

In late February, Chris and Melissa Griffin were desperate. They frustratingly came to WFAA because they couldn't do more for their mother, Robyne, who was sedated and on a ventilator in a Sunnyvale community hospital.

The two siblings are teachers in Mesquite and have tiptoed their way through the COVID-19 pandemic to make sure family members don't get infected.

Teachers, of course, have a higher risk of being exposed to the virus due to their occupation.

However, in early January, Robyne became a statistic. She was living with her daughter along with her husband when she tested positive for COVID-19.

The couple moved to Texas from New Hampshire when the pandemic began to be closer to family.

Melissa fears she brought the virus home from the classroom.

"Choosing to be a teacher during all of this, we had to support our family financially, and it came with a risk every day," Melissa Griffin said.

"Unfortunately, we all got sick."

Robyne tested positive after Melissa did, and so did her husband. Her health took a turn for the worse on Jan. 11, per the Griffin siblings.

Robyne struggled to breathe, and she visited the ER but was sent home.

On Jan. 13, paramedics and an ambulance had to be called because Robyne was coughing so hard she couldn't breathe.

Robyne has been hospitalized ever since.

Looking back, the Griffins remember the month of February as a dark time.

"Her odds of living a normal life were about 1 in 10 per the doctor we were working with," Chris Griffin said Thursday. "We were looking at some really long odds, but we weren't going to give up."

Luckily, Robyne's room at the Sunnyvale hospital was on the first floor. Chris and Melissa made it a point to visit every day.

Even though their mother was unconscious, they spoke to her as if she were awake.

"I visited my mom every day, and we were praying for a miracle," Chris Griffin said. "And thankfully, I got one."

Around mid-March, Robyne started getting stronger to be weened off her ventilator.

She was transferred to Mesquite Specialty Hospital, a long-term acute care facility. She underwent a tracheostomy, which involves creating an opening in the neck to place a tube into a person's windpipe.

Chris and Melissa were able to enter Robyne's room and continued to talk to her.

Around two weeks ago, Chris said he got a call he never expected.

"I was in class, and I pick up my phone...and it's my mom," Chris Griffin said. "I felt like I was talking to Lazarus. This wasn't a voice I was ever expecting to hear."

Robyne Griffin said she called as many people as she could. She was fully off the ventilator and could talk, even though she had a tube in her throat.

She was moved out of the ICU and now has her own room to continue her rehabilitation.

She was on the ventilator for 80-plus days.

"When Chris answered the phone, I just told him that this was his mom and that mama's back," Robyne Griffin said.

What's amazing is that Griffin told WFAA that she remembered the times her children and family came to her window or stood by her bedside to talk with her.

Despite being unconscious most of the time, she said it fueled her recovery.

"You know, I remember it all, and I remember everything that everyone said," Robyne Griffin said from her hospital room.

Melissa Griffin said that she's elated to speak with her mother once again.

"One of the first things that she told us when she could talk was 'thank you...thank you for not giving up,' " Melissa Griffin said.

Robyne still has a long way to go, but she's alive and happily surrounded by family that pushed her to live.

"They're my rock. They've kept me going and are still keeping me going," Robyne Griffin said. 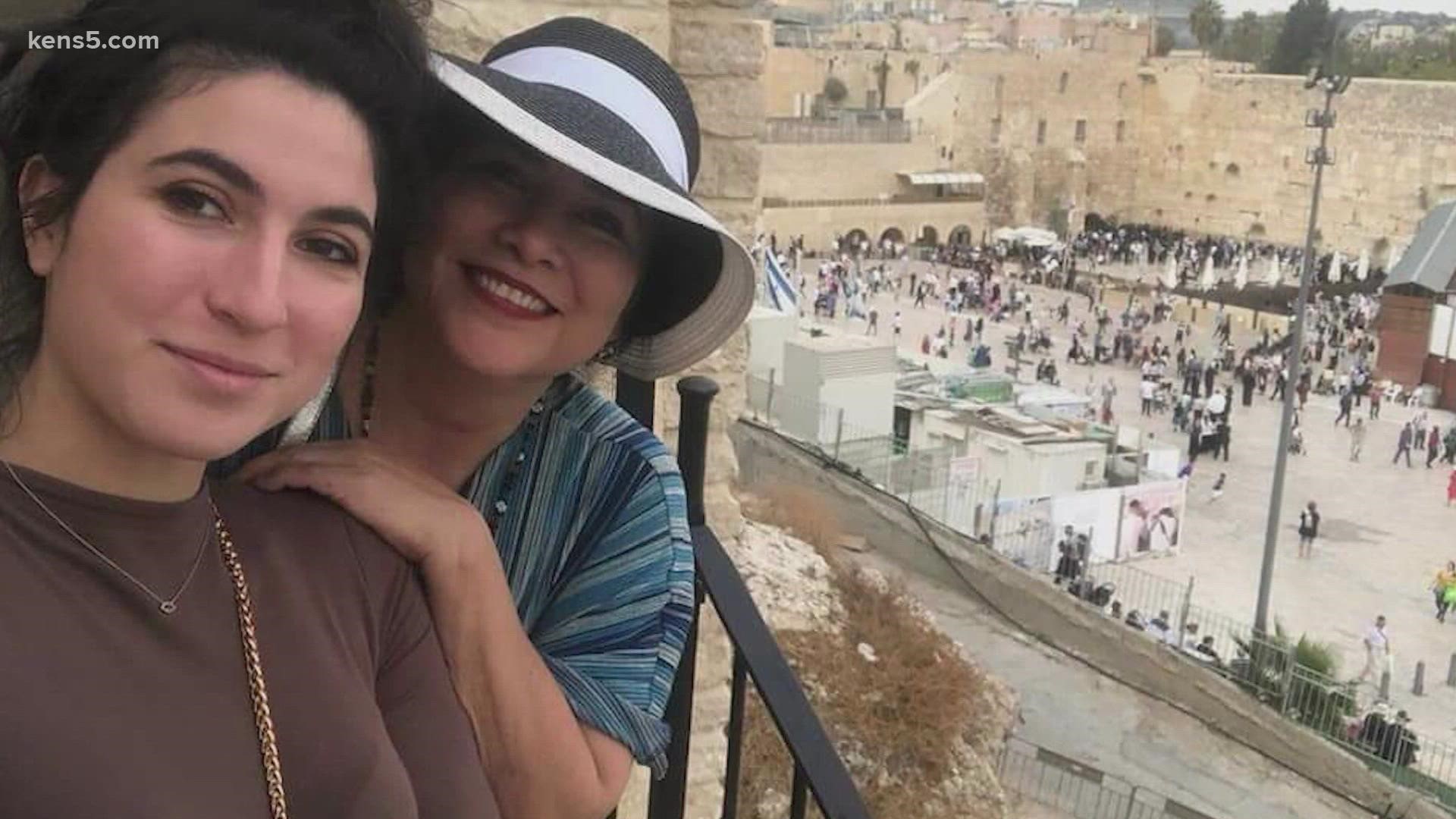