The mayor sounded off on the "limited tools" at his disposal to curb the exponential coronavirus spike in San Antonio, and made a dire warning. 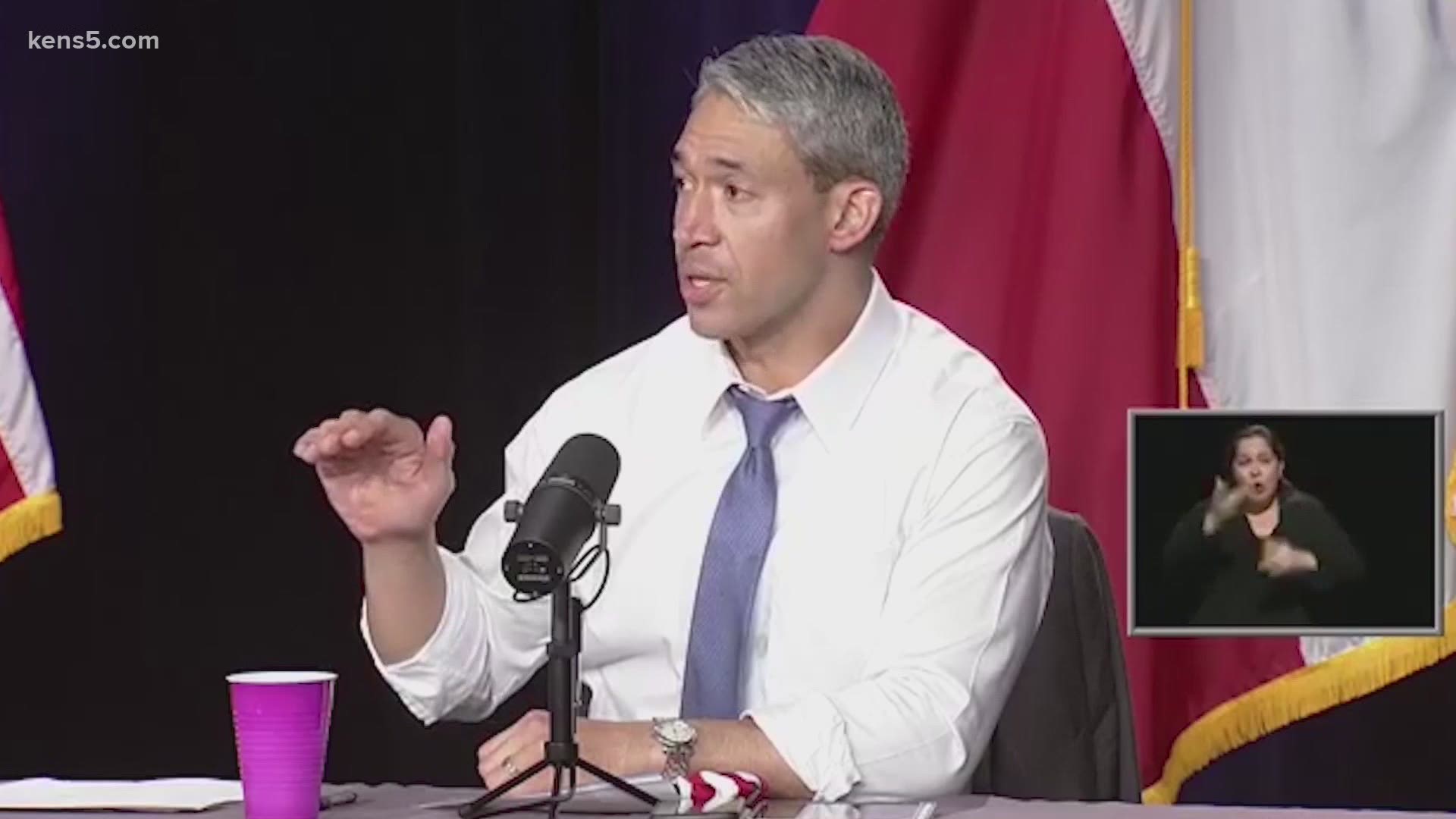 SAN ANTONIO — Outdoor gatherings of 100 or more people are no longer allowed in the City of San Antonio. Mayor Ron Nirenberg signed off on the order Wednesday, but there are a lot of exceptions to this rule.

Exceptions from the City’s order include:

Any services listed by the U.S. Department of Homeland Security’s Cybersecurity and Infrastructure Security Agency (CISA) in its Guidance on the Essential Critical Infrastructure Workforce;

During Thursday's briefing, Nirenberg said the exceptions come from Governor Greg Abbott. At this point, their hands are tied on making any adjustments.

"The limited tools we have at our disposal, we better use them to keep our community safe," Nirenberg said. "And that is to prevent the spread we've seen grow exponentially."

Nirenberg said he and Judge Nelson Wolff are asking Abbott to have more local authority.

"We are reaching out to the governor as we speak, mayors across the state are," Nirenberg said.

Along with that effort, he's also reminding people to continue wearing their masks. Whether you're around one person or 100 people, he said you can still catch the coronavirus if you're not careful.

"Nobody is immune," Nirenberg said.

Nirenberg didn't give any specifics as to what rules may change if they're given more authority by the governor, only saying that they're already talking with local medical experts about their options. Nirenberg said he wants to make sure the data collected isn't meaningless.

"We've been really clear that as Texas was opening up, we were opening up blind with the data," Nirenberg said. "We were going faster than the data could come in to show that what we were doing was effectively limiting the virus."