Mass vaccination program kicks off at the Alamodome

Between the Alamodome vaccination site and others throughout the city, an estimated 4,500 people in San Antonio were vaccinated Monday. 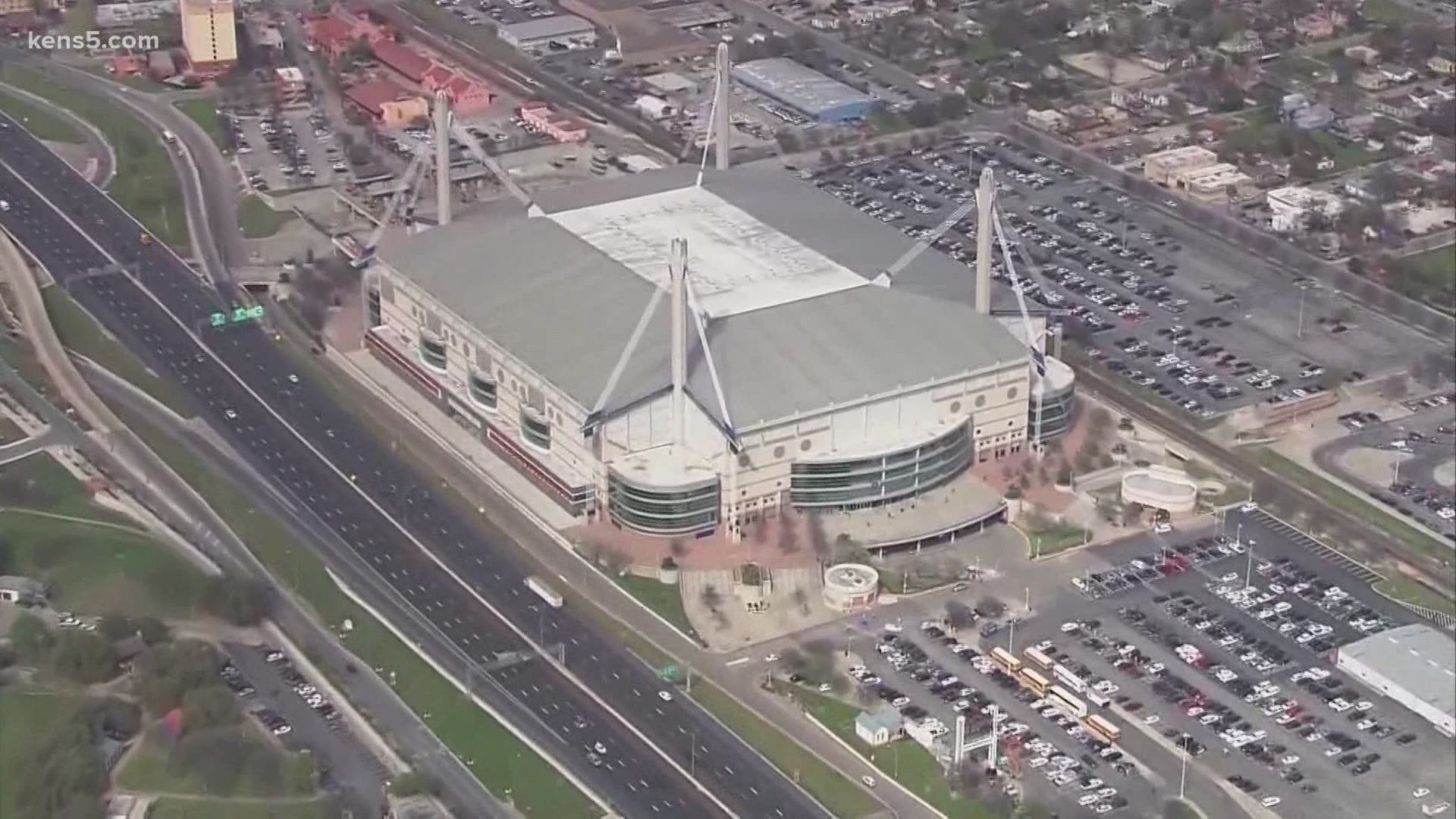 SAN ANTONIO — Vaccinating everyone in San Antonio who wants a shot will take time, but the process is underway.

Thousands of frontline workers and those over 65, or with a chronic health condition, are getting their coronavirus vaccines at the Alamodome this week.

Monday through Saturday, 9,000 people will get their vaccinations at the Alamodome. The event space is one of several mass vaccination site in town.

The Alamodome location requires an appointment in advance.

The appointments were booked up in a matter of six minutes, according to city officials.

RELATED: COVID-19 Vaccine Tracker: Fast facts and how to participate in Phase 1B distribution in San Antonio

In fact, when slots opened at 9 a.m. Saturday, officials say there were 11,000 on the website trying to book a time. The city also received over 180,000 calls about the vaccination program.

City leaders expect shipments to continue every week and to eventually increase.

Once the city confirms dose shipment with the state, appointments for next week will be announced.

“We just need to know we're going to get them in hand because the last thing we want to do is have people show up, wait in their car and then have to go home,” said Mayor Ron Nirenberg during a media tour of the vaccine site Monday. “We want to make sure that people are safe, that when we say they're going to have a vaccine, then they actually have a vaccine.”

The doses are for frontline workers, people over 65 or those with chronic medical conditions.

RELATED: Phase 1B: What you need to know and do before getting the COVID-19 vaccine

Along with vaccine appointments inside the Alamodome, there is also a drive-thru option for people with limited mobility.

Once they get their vaccine, the participants will remain on site for 15 minutes.

The waiting period allows medical staff to monitor the individual and make sure there is no allergic reaction.

The participant also gets a vaccine card showing which brand they received and when they need to come back for their second dose.

“Another thing is that this community is also shown that we can deliver it efficiently, but also with equity,” said Mayor Nirenberg. “We have one of the bigger concerns in the state with regard to equitable distribution. We're showing them how it's done.”

The undertaking is being funded by the CDC.

Leaders also thanked staff and volunteers who are administering the shots.

The crew is pulling 12 hour shifts to accomplish the mission.

Between the Alamodome vaccination site and others throughout the city, an estimated 4,500 people in San Antonio were vaccinated Monday.

“Let me remind you, having the vaccine does not mean we can let our guard down,” said Mayor Nirenberg in a previous interview on the mass vaccination site. “We must continue to keep our guard up and do our part to keep each other healthy and safe.”