Dora Ytuarte, 73, was the rock of the family before she passed away in August, having fallen ill with coronavirus-related health complications. 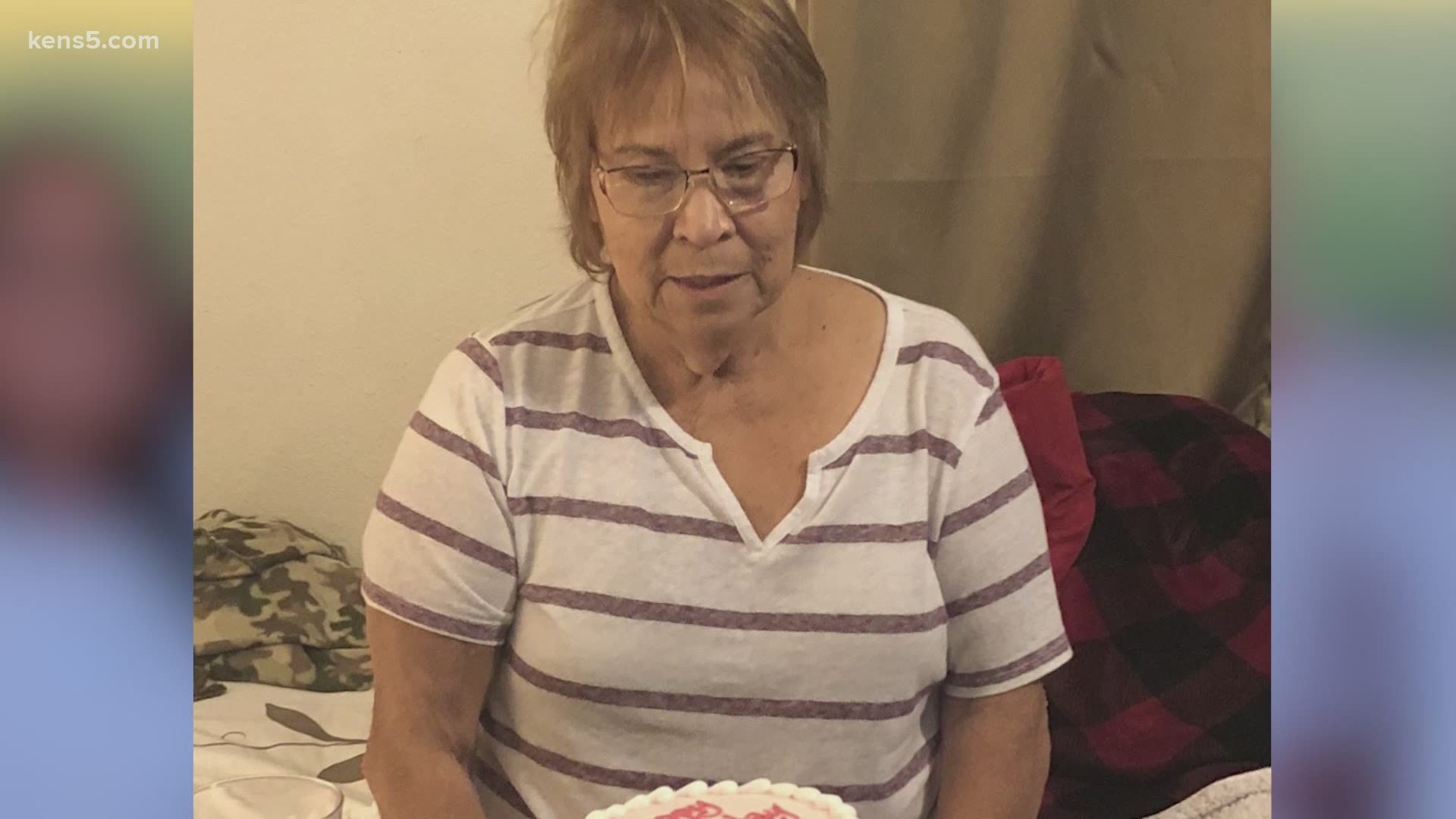 LYTLE, Texas — Patty Moreno and family will be celebrating Thanksgiving a bit differently this year as the coronavirus continues to be a looming threat.

“It’s a pandemic that you can’t see. It’s not visible. No one is carrying a little badge saying I have it,” Moreno said.

The virus crept into the lives of the Lytle family beginning in late June.

At first, Moreno thought it might be another bad case of allergies. But a 103-degree temperature, loss of taste and a host of other symptoms indicated something much more sinister. She ended up bed-ridden and having her masked-up daughters take care of her while recovering.

Months later, she can still recall the symptoms.

“Lack of eating, fatigue – so much fatigue – achiness in the bones. It just all overwhelms you."

While some members of the family recovered quickly, Ytuarte’s symptoms only worsened after an initial visit to the hospital.

Ytuarte’s ability to breathe on her own declined. She returned to the hospital and was put on a ventilator.

Moreno and family prayed for her recovery while realizing she may not make it.

“The second day that she was in the hospital, she lost consciousness and then she never came back from that," Moreno said. "On the fourth day, she ended up passing away in the hospital."

The virus took away a woman one could describe as a warrior.

With Thanksgiving just days away, plans are in place to celebrate as normal as can be, but doing so safely.

“You have to wear your mask, and we’re ready to prepare plates to go,” Moreno said.

She said she hopes people can recognize the importance of wearing masks and keeping socially distant to ensure the safety of loved ones. This Thanksgiving, Moreno is more thankful for family than ever before.

“You’re here one day and then you’re gone the next, so life is too short. You can’t take it for granted.”