Texas is one of 20 states that has not attempted to act. A Texas law enforcement groups says COVID-19 should be a line-of-duty death, and families deserve benefits. 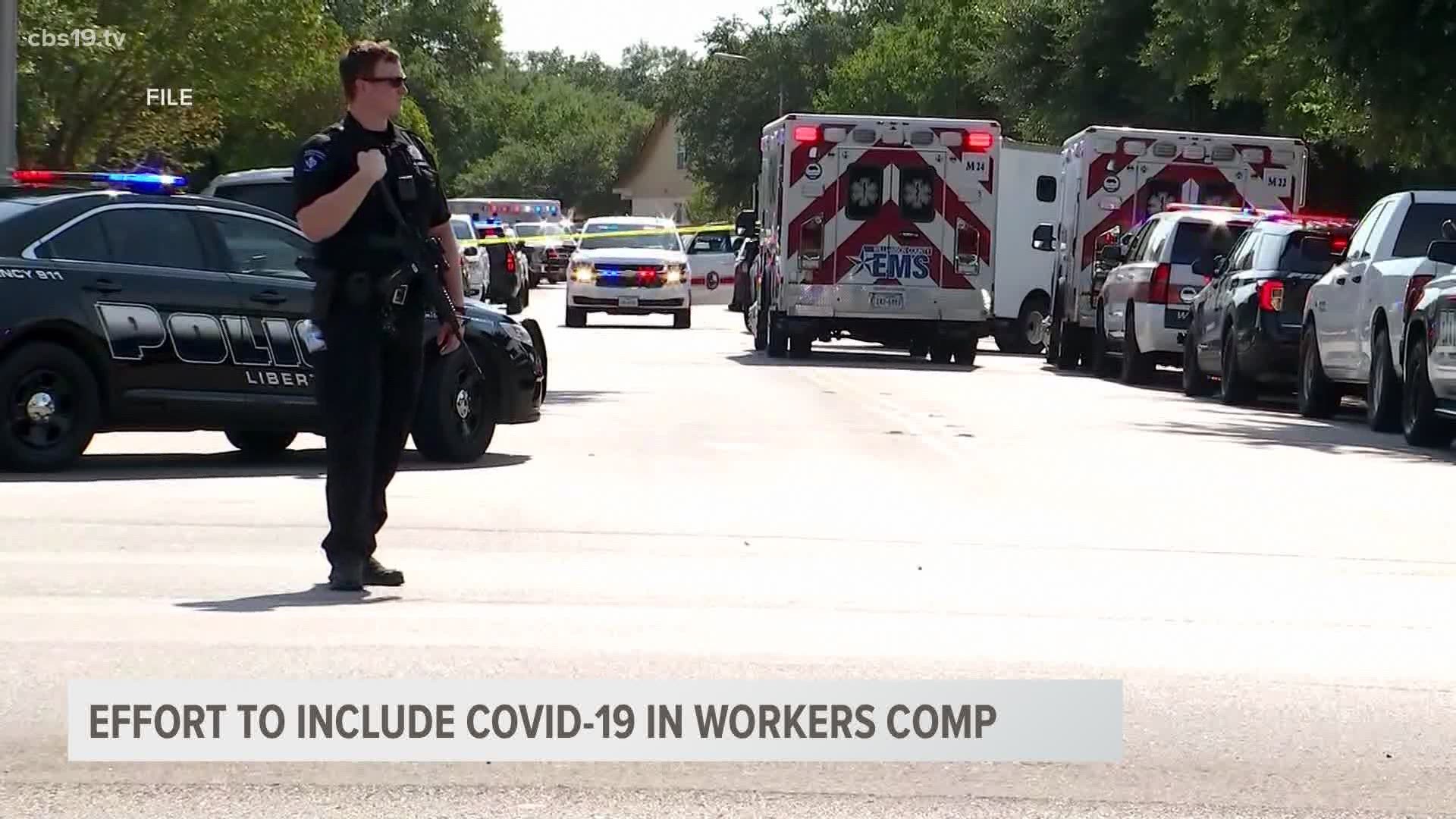 TYLER, Texas — First responders show up every day, but many say the state of Texas is not returning the favor.

The Combined Law Enforcement Agencies of Texas (CLEAT) is leading a week-long effort to make COVID-19 a presumed condition for workers’ compensation for first responders. That designation would allow any police officer, jail officer, firefighter, or medic who gets sick to automatically qualify for coverage for time away from work and health care costs.

Texas is in the minority of states that has not attempted to make COVID-19 a presumed condition. According to the National Council of State Legislatures, 15 states have already done so, while 15 more have tried.

“We’re very surprised, considering the number of executive orders that have been issued by the governor,” Jennifer Szimanski said. “This just seems like a no-brainer. If we’re going to mandate that they go to work, which, obviously, that’s going to happen — they’re gonna show up for work, they’re sworn to do so— then they should be taken care of.”

It would also mean the families of those who die from COVID-19 would get line-of-duty death benefits. According to the National Law Enforcement Officers Memorial Fund, more officers have died of COVID-19 than all other line-of-duty causes this year. But Szimanski, CLEAT’s public affairs coordinator, says that does not mean anything yet for dozens of families in Texas.

Texas does not have a unified code for COVID-19 workers’ compensation claims, and Szimanski says CLEAT’s goal is to change that. “We feel confident we can pass something in session,” she said. “But the problem is, this is occurring right now, as we speak, and these families are dealing with these deaths as we speak.”

More than 40 officers and jail officers in Texas have died of COVID-19. Many of their families will be in Austin on Friday for a walk of remembrance, hoping Gov. Greg Abbott takes care of them, the way their loved ones took care of their communities.

CLEAT began its week of advocacy Tuesday with a presentation by its legal counsel about Chapter 607 of the Texas Government Code, which covers workers’ compensation benefits for first responders. A presentation Wednesday will go over all the steps CLEAT has taken on this issue since the coronavirus pandemic began, and a virtual roundtable discussion on Thursday will include some of the state legislators who support the position.