Kerr County officials will not make masks mandatory inside businesses

County commissioners unanimously voted to leave the choice up to each business owner after hearing from members of the community. 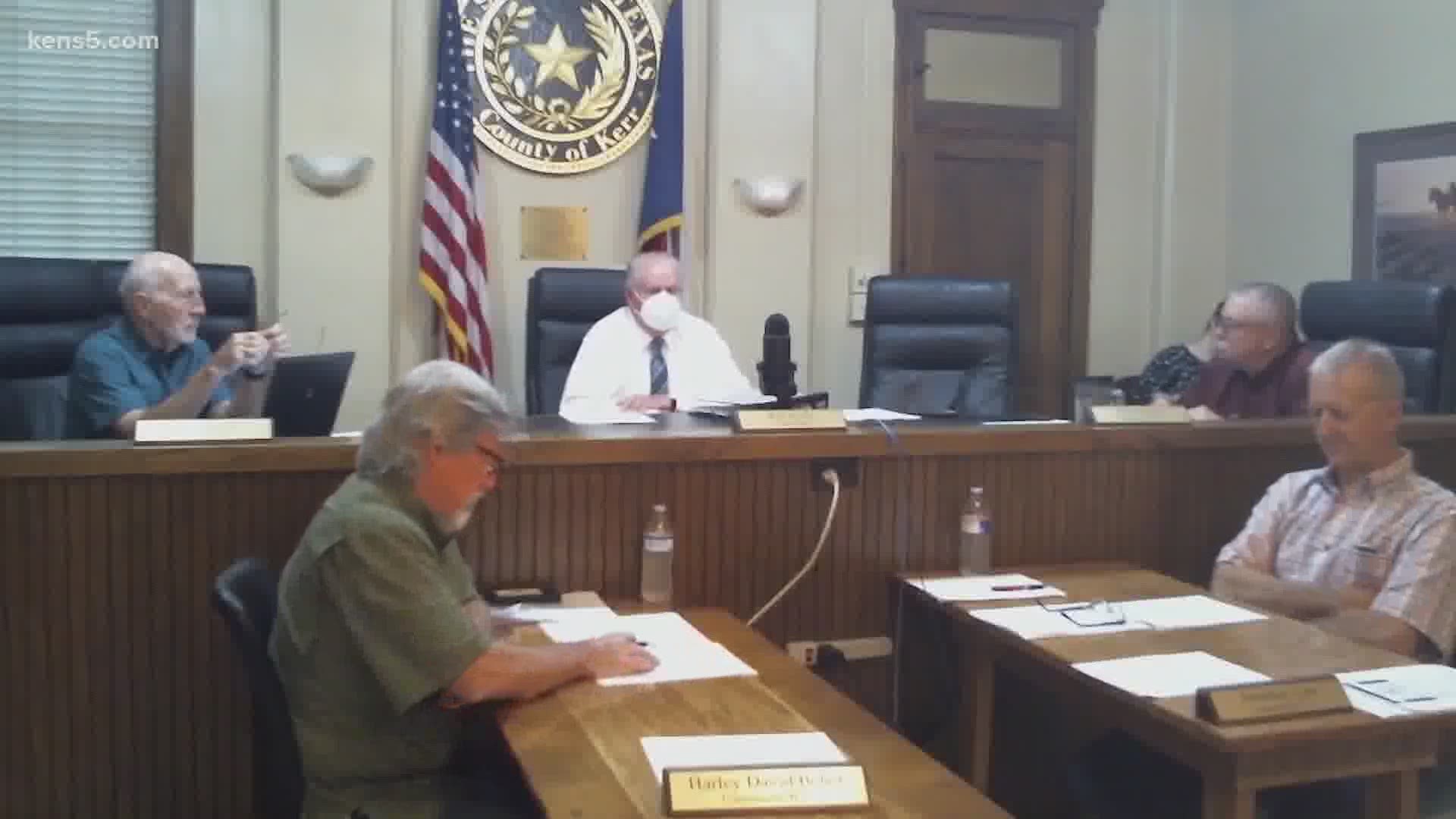 This came after several people voiced their concerns over the issue. Judge Rob Kelly said he received more than 100 calls, texts and emails from citizens over the weekend. He opened the floor during the commissioner's court meeting Monday to hear their input.

"I put that on the agenda because this debate needs to happen publicly," Kelly said. "And besides, the only way we're going to get through this thing is together."

About 20 members of the community spoke during the meeting, some even called in to share thoughts. A few business owners said it would be unconstitutional and that they shouldn't have to police customers.

"I cannot force a customer to wear their mask any more than I can force them to take their medication," said one woman.

While the majority were against the mandate, a couple of people for the idea showed up in their masks.

"If you do this, there's an excellent chance we can avoid having an epidemic in Kerr County," said one man.

After hearing the debate from both sides, commissioners unanimously voted to leave the choice up to each business owner. They will have the power to decide if their customers and employees need to wear masks.

While they're not mandating masks inside businesses, Judge Kelly said they are still recommending people wear them.

RELATED: Hundreds of nurses coming to San Antonio to help with surge in coronavirus hospitalizations