Gov. Greg Abbott said local governments may not penalize or arrest people for refusing to wear a mask. 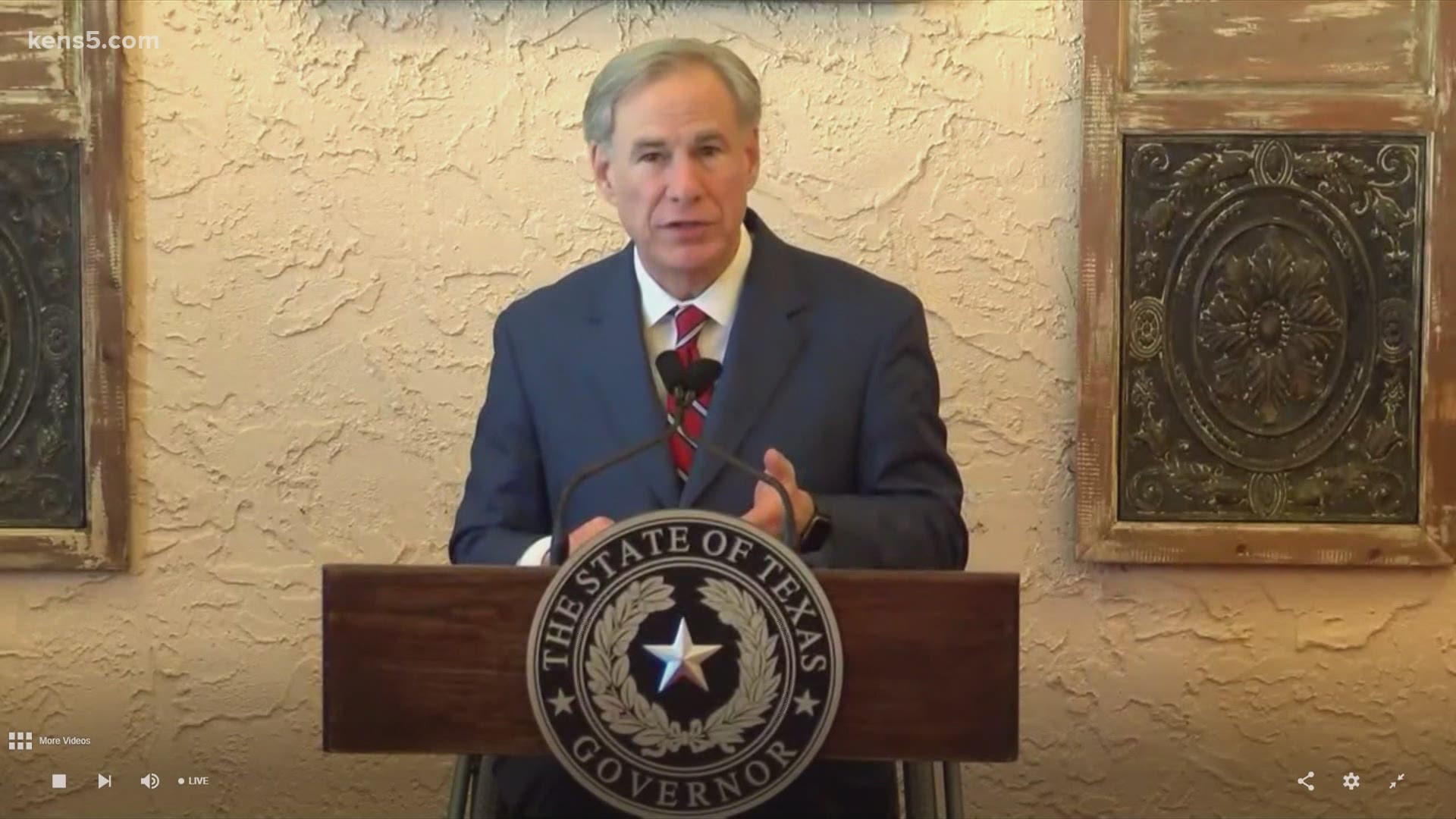 SAN ANTONIO — Governor Greg Abbott on Tuesday announced he would scale back statewide mandates which he put in place nearly six months ago to mitigate the spread of the novel coronavirus.

Abbott’s latest executive order gives county judges some room to re-implement safety measures should there be a spike in cases. However, Bexar County Judge Nelson Wolff on Tuesday called the provisions “bulls**t.” Wolff, echoing a sentiment shared by many other local leaders, said the development marked a “sad day for Texas."

"I couldn't believe that (Abbott) went this far,” Wolff said shortly after Abbott’s announcement. “It's very irresponsible... We had thousands of people die. And now he comes along and we're still in a—we haven't conquered this yet. We still have 464 people in the hospital as of yesterday, 199 of them in ICU. They certainly don't think this thing is over with and it's very irresponsible, what he's done.”

Wolff and Mayor Ron Nirenberg sent a letter to Abbott last Friday, asking he keep the face mask mandate in place while noting it would be premature to rescind the order.

Abbott addressed the concerns of some local leaders Tuesday, saying that should any of the state’s 22 hospital regions report a coronavirus hospitalization rate of 15% or greater for seven straight days, the order would give county judges the power to implement mitigation policies. The power, however, comes with a caveat that no penalties could be assessed and that no one could be jailed for failing to wear a mask.

Abbott added that any COVID-19 mitigation measures would have to allow businesses to operate at at least a 50% capacity. Those conditions, Wolff said, rendered the power “meaningless."

"I just read that section. It's all bulls**t,” Wolff said. "He didn't give us any authority to really do anything right. He just comes along and says, ‘Well, you can't have a penalty for failure to wear a mask.'”

Here’s what @Judge_wolff had to say about this power @GregAbbott_TX is giving to county judges.

Abbott also said it would be unlikely a county reached that threshold, reasoning, “because Texas will continue working collaboratively with all counties to speed the vaccination process.”

Wolff said the county has received "many promises" from the state, but called the vaccine distribution “another failure at the state level.”

While FEMA has stood up two vaccination hubs in Texas’ two largest cities – Houston and Dallas – Abbott said last month the state was still working with FEMA to establish a site in San Antonio.

"The third most populous, of course, is Bexar County, and you would think that Bexar County would be next in line," Abbott told KENS 5’s Deborah Knapp on Feb. 11.

So far, FEMA has not announced a mass site in San Antonio.

Asked whether the county was exploring legal measures to challenge the order, Wolff said “I don’t think we have much of anything,” referencing the odds Bexar County could defeat the latest executive order.

The rescission of the statewide mask and business mandates will take effect just before the traditional spring break.